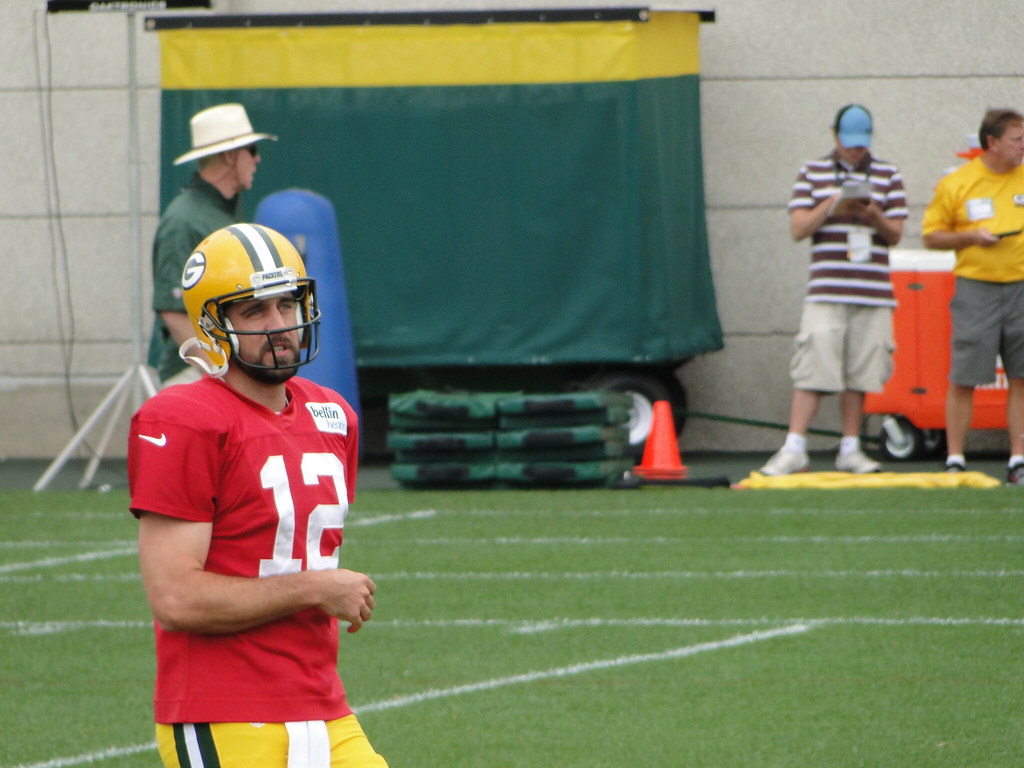 What three events have led to Aaron Rodgers wanting out of Green Bay?

As most NFL fans know by now, Aaron Rodgers has quite a bit of disdain towards the Green Bay Packers right now for various reasons. This has led to quite the plethora of trade rumors coming out about him, as well as some of the reasons as to why he is unhappy with the Packers. In this article, I will be going over the biggest three of these reasons, as well as what made Rodgers unhappy for each issue.

This is one of the biggest reasons Rodgers has been upset with Green Bay, and honestly, it is for a valid reason besides just cutting Kumerow. The story behind this that is causing issues is that the day before GB cut Jake, Aaron was talking openly about how much he trusted and enjoyed having Jake on the team. This is what the media has been calling the boiling point that got Rodgers to where he is now in his level of annoyance with the GB management, as they blatantly broke his trust the day after he spoke of it.

This is less about Jake as a player and less about the cutting itself, but more about what it meant for them to immediately remove him off the roster less than 24 hours after Rodgers said that he trusted him. This was brought up by Trey Wingo, Pro Football Talk, and many other sources as a point of contention between Rodgers and the Packers front office.

Drafting of Jordan Love in 2020

This is probably the most well-known reason by fans as to why Rodgers wants out, and logically it makes sense. The Packers not only drafted what could be viewed as a replacement QB for Aaron but traded up to do so as well when they could have taken anything else. This is similar to the situation of them drafting Aaron while they still had Brett Favre, who then left Green Bay soon after.

The Packers WR situation outside Davante Adams is relatively mediocre at best. Getting one of the WRs left on the board at that point (i.e. Tee Higgins, Denzel Mims, Michael Pittman Jr., Chase Claypool, Laviska Shenault, etc.) would have hugely helped Rodgers in his capabilities to throw the ball. Instead, they chose to draft his position, specifically in the first round as well.

One more issue that has been becoming more prominent as of late is the Packers choice of general manager. The Packers signed Brian Gutekunst in 2018 to be their general manager, who as of right about now Aaron Rodgers despises for the prior two reasons. There have even been reports (from Charles Robinson, Bleacher Report, and Pro Football Talk) that Rodgers wants Brian fired, and may not remain with the team if he is not fired.

On another note, reports from Bob McGinn of The Athletic even said that Rodgers mocked Gutekunst in a group text with teammates, jokingly referring to him as “Jerry Krause”. For those who do not know, this is the former manager of the Chicago Bulls who ended up killing the Bulls dynasty by getting on Michael Jordan’s bad side. If this is true to reports, that likely is not a good sign at all for this relationship in Green Bay.

Why TJ Hockenson will be the next great TE and it’s still not talked about
What is the AFC North QB hierarchy?
wpDiscuz
0
0
Would love your thoughts, please comment.x
()
x
| Reply