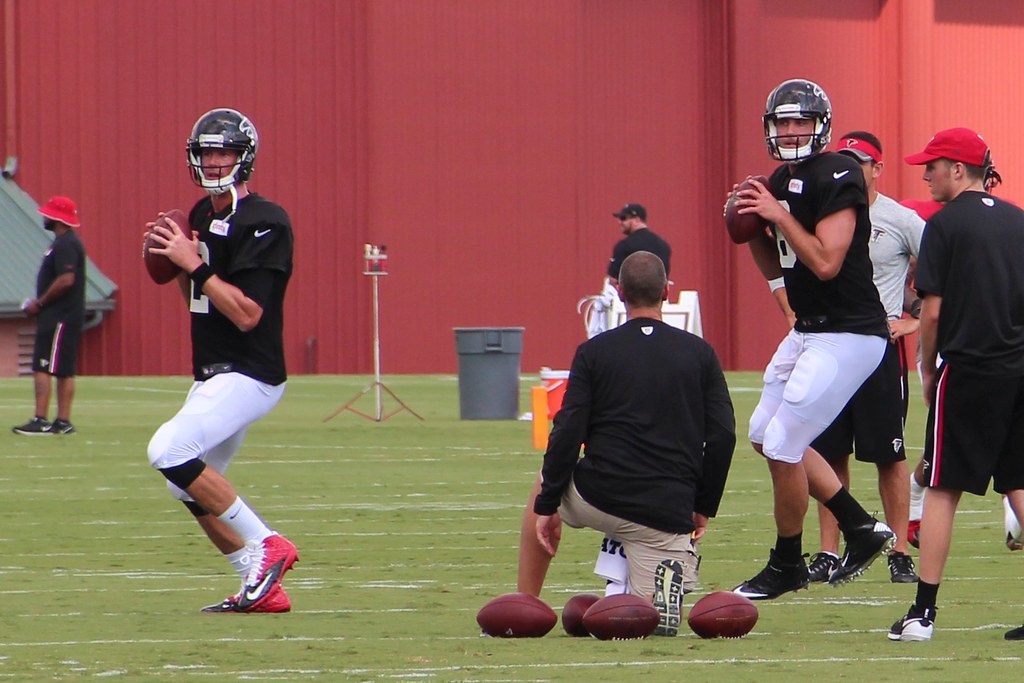 The Atlanta Falcons are in a relatively compromising position as of right now, drafting Kyle Pitts with the #4 overall pick and still missing lots of positional needs.  The large majority of their core is starting to age now, Matt Ryan, Julio Jones, Grady Jarrett, Hayden Hurst, etc.  With that being the case, they come to the conundrum of either letting Matt Ryan hold the reigns for a few more years or just partially rebuilding for a few years.

In this article, I will be going over three reasons as to why the Falcons front office should make the change and draft a QB next offseason.

As I mentioned previously, the Falcons original core is heavily aging to the point where they have more holes than they can fill in a reasonably timed fashion.  Also with the news regarding Julio Jones wanting to be traded sooner rather than later, the core will continue to get into a poor situation.

With the knowledge that a lot of these players could be retiring soon, and one of their primary receiving weapons likely leaving, this team has kind of come to the point where moving some pieces to get younger assets is in play.  Bringing in a new quarterback in the 2022 NFL Draft will give them the opportunity to kind of start from scratch in a sense and allow the team to focus on a new system type potentially.

The 2022 QB Class is Very Extensive

From what we have seen so far from the 2022 class, there is going to be a lot and I mean A LOT of QB prospects coming that have high potential ceilings.  Just to list off some of he major ones that we know of so far:

The list continues on even further and realistically there are a ton of them there is a good chance a few will have a pre-draft year breakout season.  If the Falcons were to go in the direction of QB this season, they would have a wide variety of playstyles and potential players to pick from considering this notion.  A lot of this depends on how these players can perform in their last years before draft eligibility, but if at least a few do so this will give Atlanta the option.

The Falcons have made improvements this offseason, no doubt about it.  But these improvements will likely not put them in a position where they will be competing as of yet, especially with the loss of Julio potentially looming.  If they were to end up with a similar record this season as they did last season, they could get a pretty high up draft pick again and have a high choice over a lot of the QBs previously listed.

Intentionally tanking is probably a poor choice to start the season, but if they are having trouble stringing together wins early on it may be worth considering cutting their losses and working into a half-rebuild.  If they can focus on purely upgrading the defense this offseason with a few more signings, then next season all they would have to do is grab the new QB and get them situated quickly.