Why will the Cleveland Browns WR1 return to form in 2021? 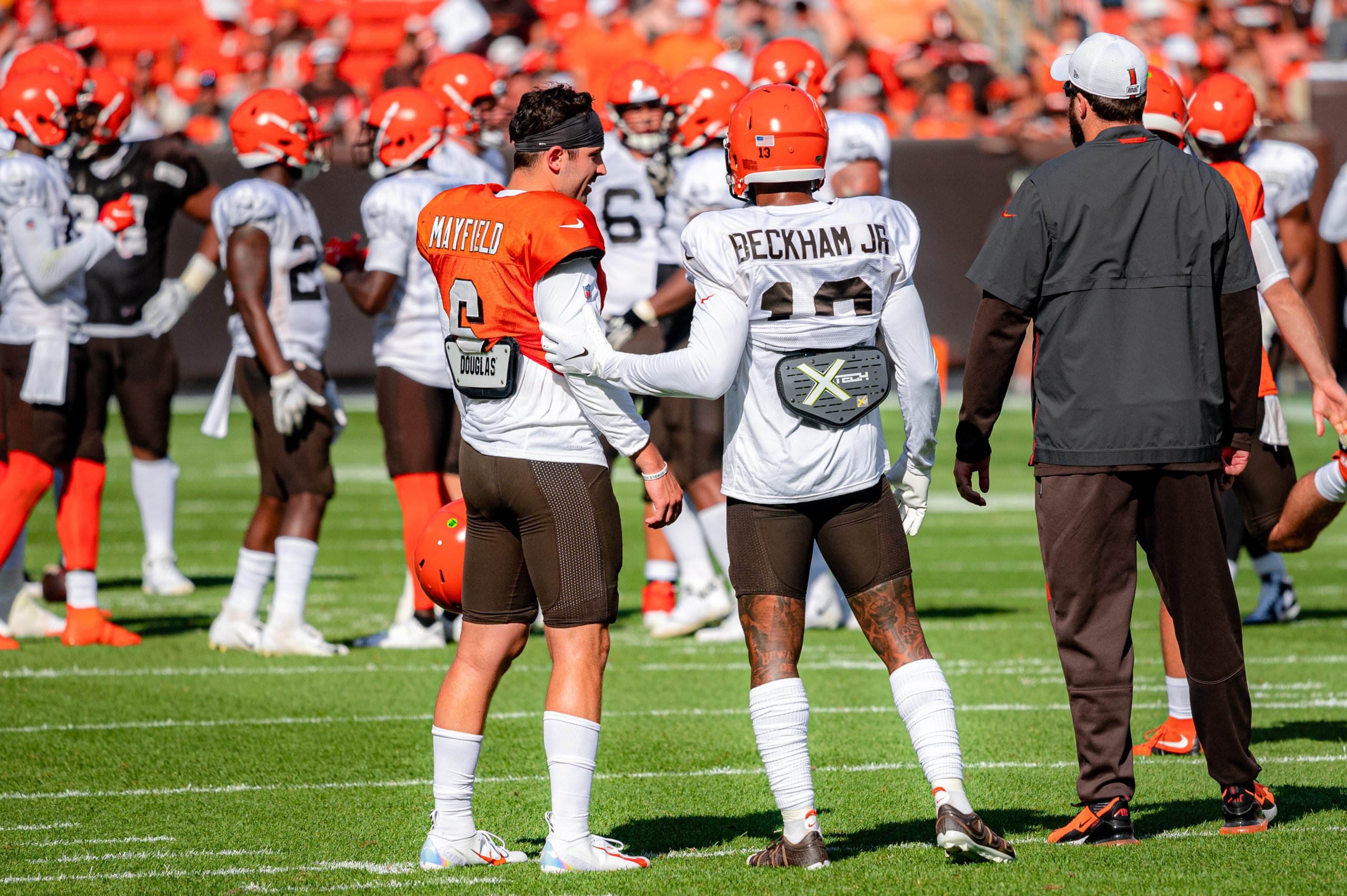 Odell Beckham Jr. has been one of the more intriguing players in the league the last few seasons, for many reasons.  His fiery amped up attitude being one, which is extremely entertaining to watch and makes the Browns “must-watch” football whenever he is on the field.  The other reason being his injury in 2020, which left many people speculating on whether or not he would return to himself in 2021.

In this article, I will be going over why OBJ will return to form this coming season, as well as what we should be expecting from the (entering) 8th year wideout.

This is Not His First Injury

While this is the most severe injury OBJ has sustained to date, realistically it is not even close to the first as of now.  To date I count fourteen injuries, which fall into the following categories:

With all these injuries, he has only missed 28 games, compared to the 82 that he has played so far, only 19 of the missed games coming prior to this season.  He has been able to bounce back from all his injuries and still do absolutely amazing things on the field, this should not change that.  He has also had an exceptionally long time to heal as it happened mid-season, so he has the nine weeks he missed last year plus all offseason to rehab.

Torn ACLs normally take roughly six to nine months to rehabilitate fully to where it is functional again for the most part.  OBJ injured his ACL on November first of last year, meaning his rehab should complete between April and July this year.  Both of these are prior to the preseason, and even prior to some training camps, which is fantastic news for Browns fans.

As I mentioned previously, OBJ is an extremely hard-nosed player most of the time and really fights for every yard on the field.  His emotions on the field should carry into his physical therapy presumably, as he would work his hardest to get back onto the field.  As where some players may take it slow and spend extra time rehabbing, OBJ will do whatever he can to get back on the field as soon as possible.

As long as he does not rush the process too much and takes his time with the correct physical therapy, he should be ready to go for the season.  Another thing to note is these players have some of the best physical therapists in the country no doubt, as teams normally have them on site and hire them based on their credentials realistically.

One of the biggest notions here to focus on is how OBJ’s playstyle would be affected by this injury both in the short and long run.  He primarily runs short to intermediate routes and focuses on YAC type receiving to do the work, as well as contested catches where his hands are the biggest component.  He is not necessarily the shiftiest receiver out there or the fastest, so he likely will not put a ton of pressure on the ACL to perform constantly.

The injury was sustained in a freak accident, not during his routes, which is why I believe this is not a huge cause for concern.  As long as he can keep that knee stable whether that be with compression or other small forms of game padding, he likely should not see any drop-off in his receiving numbers, as they are not reliant on game breaking shifts.