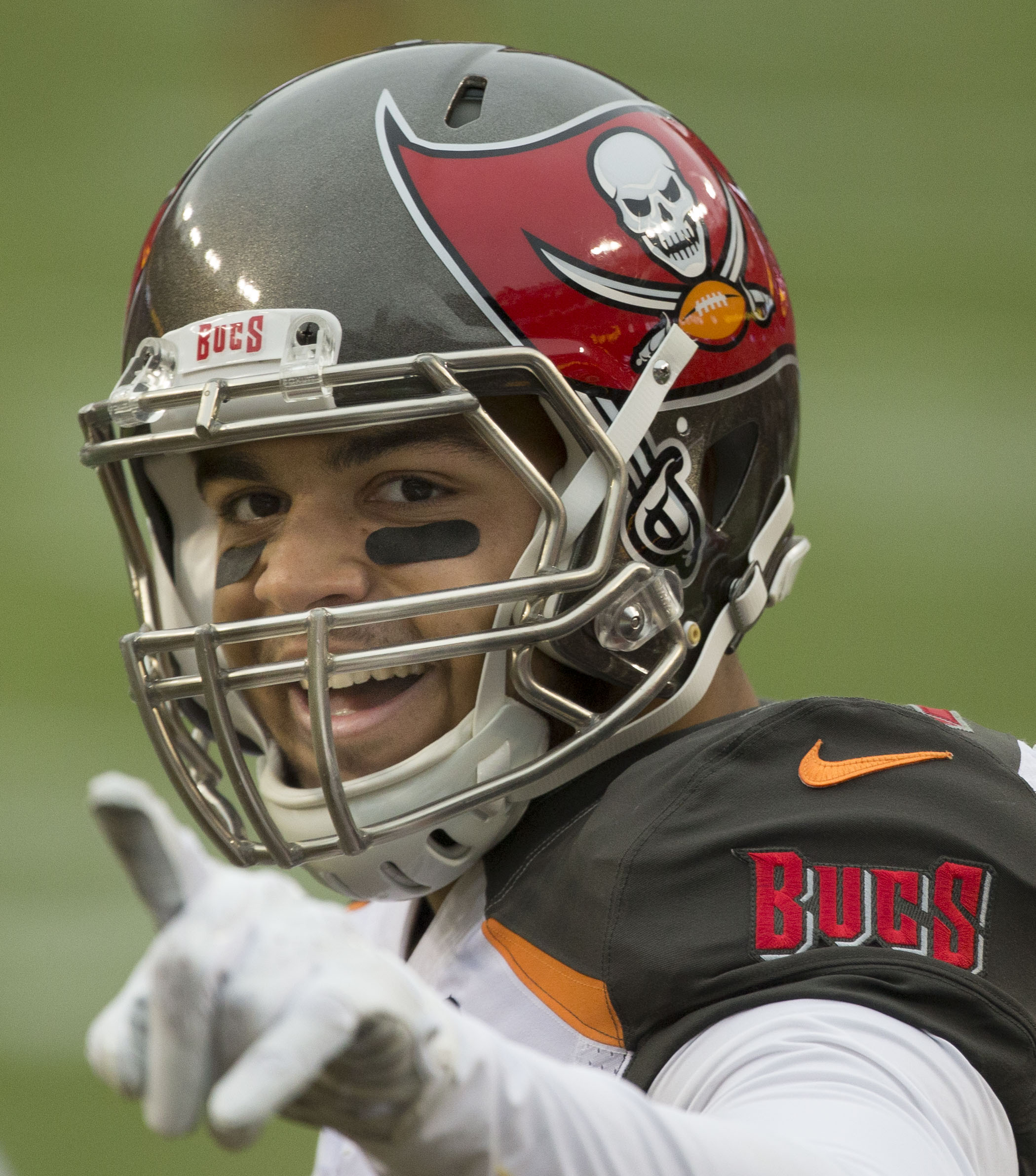 The Tampa Bay Buccaneers have had arguably one of the best receiving cores in the NFL as of late.  They have also added to it this offseason during the draft, taking Jaelon Darden with the 129th pick.  They also re-signed Antonio Brown, and franchise tagged Chris Godwin, bringing their four top receivers back for another season.

In this article, I will be predicting the stats of the Bucs top three receivers who should all get touches, those being:

Each of these receivers brings a different skillset to the team, and should each have pretty varying levels of different receiving stats.  With that said, here are my predictions”¦

Mike Evans had a relatively down year in 2020 by his standards, likely because of all the new weapons brought in.  However, with Tom Brady continuing to age, it is apparent that his arm fell off a little bit last year in terms of the deep ball.  With this in mind, Evans should have a “comeback” year of sorts in 2021, continuing his streak of 1000 yard seasons through his whole career.

The reason Brady factors into this is because Evans tends to run the short-intermediate routes, while Antonio Brown will run the deep slot routes most of the time.  This precise route running from Evans should allow him to be Brady’s favorite target this season, as it will make his job exceptionally easy.

Chris Godwin has mostly had the lesser of the two stat lines out of this duo, and I do not think that will change unless Evans has a severe drop off in production.  With that said, he still sees a slight increase from 2020 as he likely will play one more game than last year at the least (played in 12 last season).

This increase likely will not cut into the other receivers on the team, as like I mentioned this is purely due to an increase in games played not number of targets per game.  At only 25 years old this season though, he should be looking to make an entry for the WR1 conversation on the team.

Since he would be going against the 2nd best CBs in the teams he plays, his coverage would be slightly sparse compared to Evans.  If they can draw coverage off of eachother and try to “pick and roll” per-say, that would give them a huge advantage on the field for sure.

Another player who will benefit from more games played is the addition from last season, Antonio Brown.  My guess is he will likely start 10-12 games of the 17 this season, which is why he has such a drastic improvement in this statline compared to last season.  His primary focus as a receiver is turning YAC and getting to the endzone if he can rip a gap open.

The low-ish receiving yards compared to the other two receivers is due to just lack of volume, sharing between three primary receivers is absolutely difficult to do, even for someone like Tom Brady.  There is only so many receptions that can be given out per game, and the focus of the offense is heavily reliant upon Godwin and Evans, so this deteriorates the touches of everyone else.

With that said, since he would likely be going up against the CB3 of each team he plays, this would still allow him to produce no doubt.  When the duo ahead of him is getting a lot of the focus, he can get to the seam and rip off long plays.