Reliving the career of one of the most prominent coaches in NFL history: Bill Belichick 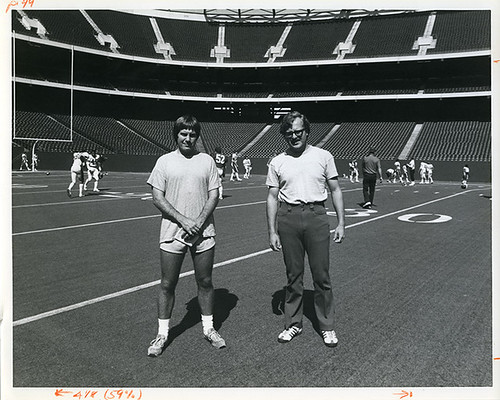 Bill Belichick has accomplished many things during his forty-five years in the NFL, many things that other coaches could not dream of doing during their careers even if they worked significantly longer than he has.  Creating your own name and brand in a sense as a head coach is something not many can do, but Bill has done this in spite of how quiet he may be.  There is a reason the New England Patriots are tied for the most Super Bowl wins ever, and the large majority of them fall onto the shoulders of Belichick.

With this said, his career did not start out with Super Bowl victories and glory, nor did it start with the Patriots, or even as a head coach.  In this article, I will be re-living the career of one of the most legendary coaches in NFL history, and going through each detail of his tenure including from the very begging up to 2021.

Like I mentioned previously, Bill Belichick did not start at the top or as a head coach, or even with the team he is known for.  Belichick started out like everyone else, an assistant to an assistant for lack of better terms. In fact he started out on a team that no longer exists frankly, which makes it all the more interesting.  Belichick started out with the Baltimore Colts in 1975 as a “special assistant”, practically assistant to the head coach, who at the time was Ted Marchibroda.  This job according to the team records paid $25 per week, which goes to show how dedicated Bill was to this career.  Despite barely getting paid, he took this as an opportunity to learn from the head coach, and from the franchise, as well as gain connections wherever he could throughout the league.

Moving into 1976 and 1977, Belichick spent these early years with the Detroit Lions, starting as an assistant special teams coach before also picking up tight ends and wide receivers coaching in 1977.  Looking back on this today it is rather ironic, as many former Patriots players and coaches have gone to Detroit, such as Matt Patricia.  Knowing that Bill came from this franchise and got his first positional coaching gig there is interesting regardless.  After 1977 Bill was dismissed from the Lions, as well as the rest of the coaching staff in January of 1978.

His last short one-year stint as a positional coach came with the Denver Broncos after this firing, where he would go back to his role of assistant special teams coach.  He would also pick up a new role of defensive assistant, which gave him the opportunity to see the third part of football he had not seen yet.  By now, he had seen offense (WR and TE coach), defense (defensive assistant), and special teams (assistant special teams coach), which I believe led to his knowledge on football and how important all three facets are.

After his one year with the Broncos, Belichick would move on to have a 12 year run with who else but the New York Giants.  Not many know this about his prior career, but he spent time with the team who is now considered one of the Patriots rivals, as well as a rival of Boston in general.  The head coach at the time was Walter Ray Perkins, mainly just known as Ray Perkins.  Ray had a huge impact on Bill both in learning football and schemes, as well as just man to man, as when Perkins passed away Belichick had the following to say about him:

“Ray gave me an opportunity in 1979 to go with the Giants and that was a life-changing moment for me. I’ve always been deeply appreciative of that opportunity and have a ton of respect for Ray. We developed a very close relationship and I appreciate all that he did for the Giants program, which was terrible when he took over in ’79, to make it a highly competitive team in ’81 and ’82 was a strike year. As a former player and coach, Ray had a good perspective on the game. He played for two of the greatest coaches of all time in Bear Bryant and Don Shula. His level of competitiveness and toughness was about as good as anybody I’ve ever been around. With the Patriots, the terminology that Ray and Ron Erhardt used under Coach [Chuck] Fairbanks here in the late 70s, early 80s that then came to New England with Ray and with Bill Parcells after the ’80 season. Certainly the terminology and a lot of the fundamentals and foundation of our offensive system are still in that offense from Ray and Ron back in the late 70s under Coach Fairbanks. So, he had a big impact on my life and my career, and I have a ton of respect for Ray and his family. My personal sympathies go out to them as part of the Patriots family.”

Clearly his respect for Perkins cannot be understated, and it makes sense that that’s the case, as he gave him a shot at a long term tenure.  Another huge part of Bill’s career would come when Perkins was not head coach, but rather the legendary Bill Parcells.  This is also where Bill would win his first two Super Bowls, XXI and XXV, more notably XXV where his defensive gameplan for that game has been enshrined in the Pro Football HOF, as it is part of history.

After Super Bowl XXV, Bill went on to get his first head coaching gig with the Cleveland Browns, who he stayed with from 1991 to 1995.  He underperformed with this team record wise, ending up 36-44 by his firing in 1995 and only one playoff win.  This win was over the New England Patriots as well, which is a bit ironic since he would move on to them in 1996.  This playoff win would be the last in Browns history before the 2020 season, so clearly he did something right in Cleveland.

Following in Bill Parcells’ footsteps, Belichick went to New England in 1996 to be an assistant head coach and DBs coach.  This season would end up being Belichick’s first Super Bowl appearance with New England, after an 11-5 record that season.  Bill Parcells was rumored to leave the Patriots before the end of that season, and the Patriots lost the Super Bowl to the Green Bay Packers which would spur a huge number of events.

One of the first major moves of Bill in the Patriots organization was he was given almost all control over football operations by Robert Kraft.  This essentially made him the GM in a sense, as he had control over almost all of the football aspects of the game.  In Bill’s first season as a head coach with New England, they went 11-5 and made it all the way to Super Bowl XXXVI, which they would go on to win on a game-winning FG from Adam Vinatieri.

To sum up this period of time, we can look at Bill’s list of records broken as well as his coaching stats overall, which look as such:

Overall, his career is legendary to this day, and he will be placed with the likes of Don Shula, Bill Parcells, Vince Lombardi, and the few others that have graced the NFL with their presence.  Being able to meet three different presidents during your NFL coaching career (so far) with the Super Bowl White House visit is pretty impressive frankly, and shows just how capable he has been as a HC in New England.

Quinnen Williams is the New York Jets X Factor for 2021
Each Divisional Favorite in the NFL
wpDiscuz
0
0
Would love your thoughts, please comment.x
()
x
| Reply