Why Jalen Hurts can be the next great dual threat QB 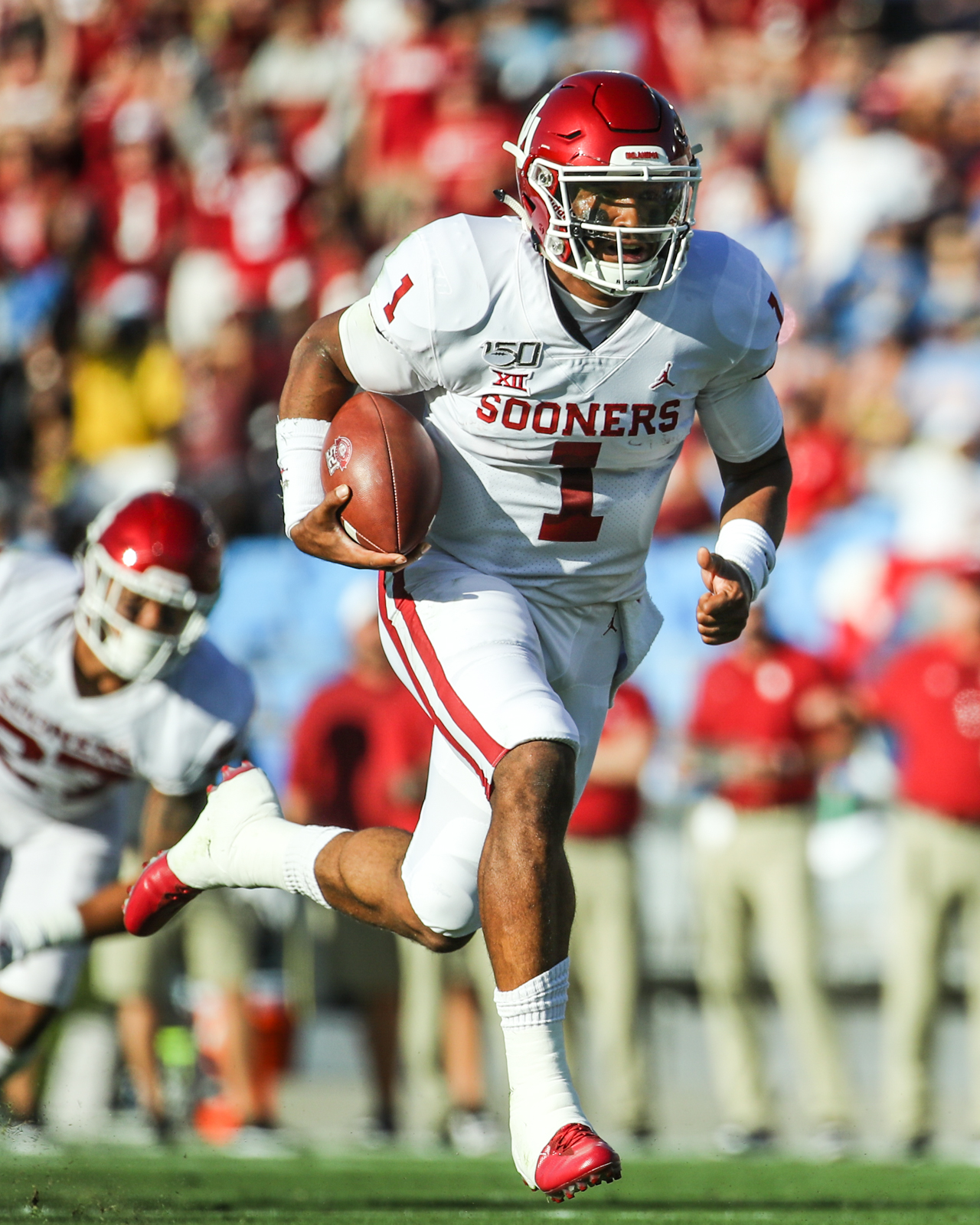 Jalen Hurts is ready to take the next step in Philadelphia

The 2020 NFL Draft brought in quite a new scene of quarterbacks, such as Joe Burrow, Justin Herbert, Tua Tagovailoa, Jordan Love, and many more.  However, only one of the quarterbacks taken outside the first round in this class so far has been given the reigns to start for his team, that being Jalen Hurts of the Philadelphia Eagles.  He is also probably the most intriguing quarterback from this class in terms of the situation he was put in as well as how he performed barring potentially Tua.  As of now the Philadelphia have not made any major moves at the position to replace him, bringing in Joe Flacco as a veteran backup and Nick Mullens as a backup plan likely.

With this in mind, it seems that Hurts is set to start for now in Philly, and depending on his performance, for the remainder of the 2021-2022 season.  In the 2020-2021 season he was able to accrue four starts, and really did not look to bad in them.  For reference, here are some of his major stats:

In this article, I will be going over three reasons as to why Hurts could become the next great/elite dual-threat quarterback in the league.

One of the biggest reasons Hurts could have success at the NFL level is that Philadelphia is really trying to put weapons around him.  The most notable being first round WR Devonta Smith who they drafted at pick number ten.  A Heisman Trophy winner last season, and likely a top three receiver in this draft class, Devonta Smith is really a viable weapon for Hurts.  Phenomenal route running, solid speed, and very good hands highlight the strong points in Smith’s game, and if he proves to be the prospect Philly is banking on him being, he should easily be WR1 on the Eagles.

The Eagles also have a plethora of other weapons who are all varying levels of talent and at different points in their career.  For those who do not remember, the last time Zach Ertz played a full season, he put up an 1163-yard season and was widely considered a top five tight end in the league at the time.  If he can come back in 2021 and keep a clean bill of health while also returning to the number of targets he has had in the past, he could definitely still be viable.  The Eagles also have Dallas Goedert, the next potential full-time starter at the TE position, Jalen Reagor, who has a lot to prove but was not too bad last year, and Miles Sanders, an explosive young running back with a huge ceiling.

Looking at how the Eagles coaching staff has changed from last season to now, it is quite impressive how they have completely overhauled the biggest coaching positions.  Starting with head coach, going from Doug Peterson to Nick Sirianni, which I think is easily the biggest move of their staff overhaul.  Sirianni is a huge 12 personnel coach, he has used it all of his career, and with two big time tight ends in Ertz and Goedert, they can easily do this with no issues.  He also loves getting running backs involved in the passing game, which is great news for Miles Sanders as it will expand his opportunities while also giving him a chance to prove himself as a versatile player on the field.

The Eagles also brought in an actual offensive coordinator, rather than letting Doug Peterson do both HC and OC.  The new OC is Shane Steichen, who has really worked his way up the ranks in a span of ten years, and realistically is a great option at coordinator.  Spending last season as the OC of the Los Angeles Chargers, he really proved his worth in utilizing Justin Herbert correctly, so taking another QB from the 2020 class and igniting their career could be in store.  The Eagles also moved on from DC Jim Schwartz, bringing in another coach from the Indianapolis Colts coaching tree in Jonathan Gannon.  Spending 2018-2020 as the Colts cornerbacks coach, he may be able to really bring the best out of Darius Slay while developing other CBs on the roster such as rookie Zach McPhearson, Avonte Maddox, or K’Von Wallace.

If anything is going to prove how good of a dual-threat player Hurts is, it was his first game starting in the NFL, against the New Orleans Saints.  Watching this game live as a Saints fan was absolutely wild to see and proved to me that Hurts is ready for the NFL level.  A Saints defensive front-seven that had not given up a 100-yard rusher for 55 games (November 19th, 2017) got torched by Hurts, when he rushed for 106 yards by himself in that game, while also allowing Miles Sanders to rush for 115.  This was quite the feat, as up to that point the Saints front-seven was a brick wall, and very rarely gave up big plays.

Being able to rip apart a defense flat out such as the Saints’ on the ground shows some true skill, especially in your first ever NFL start.  Did the lack of film on Hurts at the NFL level give him the advantage of surprise?  Potentially.  But they had his college film to work with, and have faced mobile QBs such as Kyler Murray, Russell Wilson, Lamar Jackson, and many others, but very rarely are they left scrambling to stop the run by a QB.  This at the very least shows to me his prowess as a rusher, and his passing that game was not horrible at all either.  17/30 passing (57% approximately) for 167 yards and a touchdown with no interceptions is reasonable in your rookie debut and was pretty impressive given he did not have a true WR1 yet.  Reagor was still developing, and is much better in a Z WR position, or even slot.