Why Joe Tryon is the Buccaneers X Factor 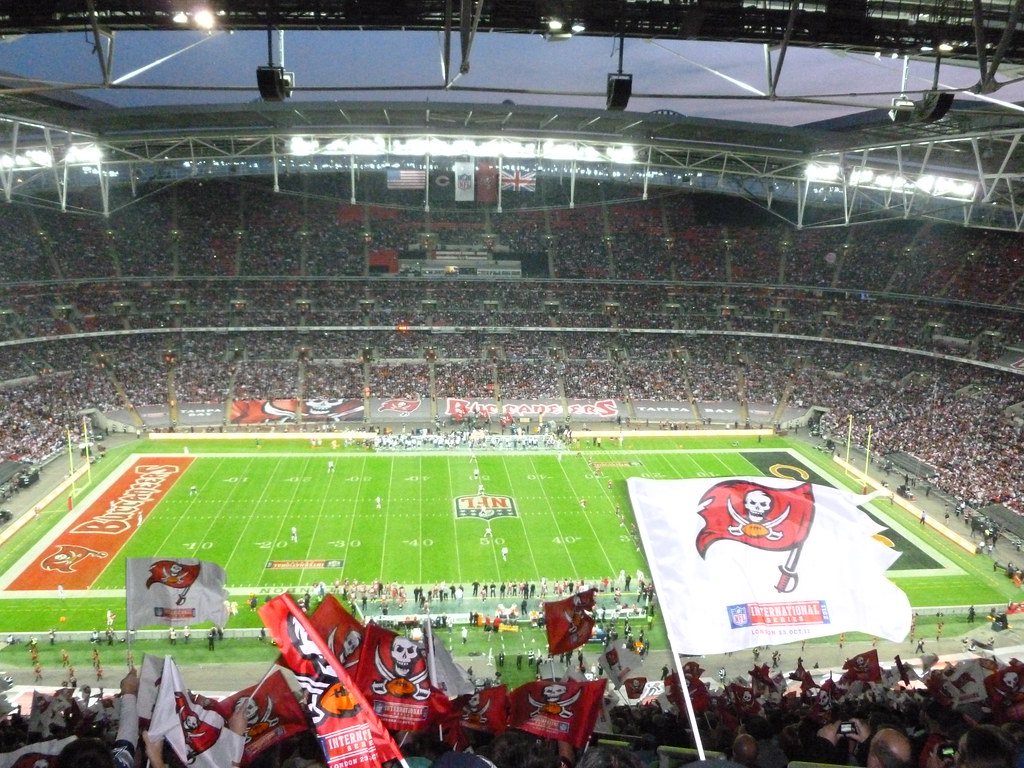 Joe Tryon can be a star in Tampa Bay

With the 32nd and final pick of the first round in the 2021 draft, the Tampa Bay Buccaneers selected University of Washington linebacker Joe Tryon.

During his two seasons at Washington, Tryon developed into one of the best outside linebackers in the country. In his sophomore season, he recorded 12.5 tackles for loss and eight sacks. In his first year starting, he led the team in both categories and was becoming a star on the defensive side of the ball.

After opting out of the 2020 season due to covid, Tryon re-emerged as a different player. He has improved from a physical standpoint and that was highlighted in how he looked at his pro day. Coming in at 6’5” and 259 pounds, Tryon impressed people across the NFL when he ran a 4.65 40-yard dash.

Tyron tested highly across the board. This performance at his pro day, added on to a strong sophomore season, led to Tyron making his way into the first round. Tampa Bay saw an opportunity to improve their Super Bowl winning defense through the addition of Tryon.

The Bucs are returning all 11 defensive starters and Tryon will have to work to make his way into this defense.

Tampa Bay has crafted an established linebacker group, consisting of Devin White, Lavontae David, Shaq Barret, and Jason Pierre-Paul. The talent of these four linebackers is evident and Tryon will have to earn his spot in this rotiation.

When looking at where Tryon lined up during his time in college, he played a majority of his snaps either at outside linebacker or coming off of the edge. His quick speed and ability to get around lineman allowed for him to be effective in this role while at Washington.  He is expected to play a similar role in Tampa.

When looking at the defensive talent collected at both the edge and outside linebacker positions, the Bucs may be looking at more of a slow approach for Tryon.

Veteran outside linebacker Jason Pierre-Paul, even while being 32 years old, still proved that he can play at a high level. Pierre-Paul may prove to be the perfect mentor for Tryon considering he has played and succeeded at both the end position and at outside linebacker. They are also nearly identical in size with Pierre-Paul coming in at 6’5” and 275 pounds.

Throughout Pierre-Paul’s 11-year career, he has consistently performed at a high level. His career totals in the regular season are among some of the best since he entered the league in 2010. He has recorded 89 career sacks, 572 tackles, and 119 tackles for loss. He has also racked up 159 quarterback hits.

After a somewhat down season in 2019, Pierre-Paul returned in 2020 and played a large role in the success of Tampa Bay’s defense. He recorded 9.5 sacks and 14 quarterback hits. Tryon could step into a role much similar to that of Pierre-Paul. A player that is able to both impact the passing game and rushing game.

Tryon will also benefit greatly from playing alongside veteran outside linebacker Shaq Barrett, who plays opposite of Pierre-Paul. Barrett has proven to be one of the best defenders in the NFL. During the 2019 season, the first year that he spent in Tampa Bay, Barrett was able to finally break out. His 19.5 sacks ranked first in the NFL and along with this, he added 19 tackles for loss.

Barrett’s 2020 season was much more subdued than the performance that he had in 2019, but he still proved to be an effective player. He still managed eight sacks and 19 tackles for loss. Barrett has quickly made a career out of getting to the quarterback and is one of the best pass rushers in the NFL.

Tryon will benefit immediately from having both Shaq Barrett and Jason Pierre-Paul to help him along during his first season in the NFL. But what exactly can Tryon accomplish during year one with the Buccaneers? What are fair expectations for the rookie? Let’s take a look.

Tryon is a fast player with even faster hands. He can beat offensive lineman off of the snap and uses his speed to get into the backfield. He has proven that he can also effectively see a play before it develops and has found success in both run defense and pass defense.

Tryon’s eight sacks and 12.5 tackles for loss in 2019 were no mistake. Tryon should be expected to do the same thing for the Buccaneers. Both Pierre-Paul and Barrett consistently made their way to the backfield and the Bucs should expect the same out of Tryon. The rookie should be able to rack up at least a couple sacks and will make an immediate impact on this star-studded defense.

It’s rare that a player is put into the perfect situation to succeed in their rookie year. Much of a player’s success comes from the unit that they have around them, especially when they are younger. Nick Bosa with the 49ers and Bradley Chubb with the Broncos are just a couple of recent selections that achieved near immediate success in the league and benefited from being drafted by teams that already had strong veteran players at their positions.

The Buccaneers have been notoriously great at drafting in recent years. Each top pick has made an impact on this team, with many of them making strong impacts last season that eventually ended in a Super Bowl victory.

Vita Vea, Devin White, Sean Murphy-Bunting, Tristan Wirfs, and Antoine Winfield Jr. All players selected in the last four seasons have proven to be key components of this team with four of them being defensive starters.

Tryon will be expected to be the next great rookie in Tampa Bay. Given the situation that he will be in, the linebacker should be able to live up to this. All eyes will be on him and he could prove to be an integral part of this already solidified defense.