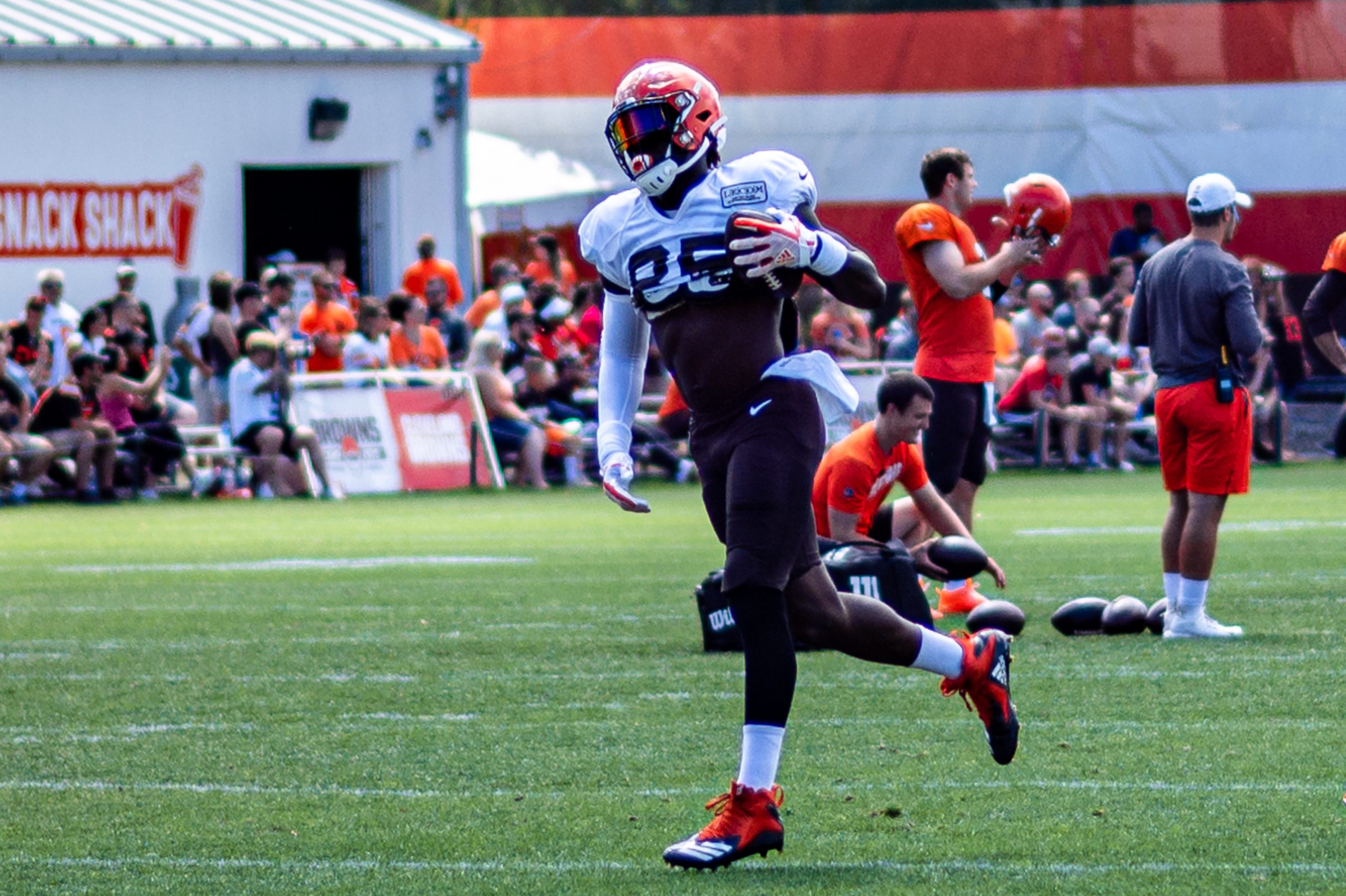 The Cleveland Browns are loaded with talent on both sides of the ball and they arguably have the most complete roster in the NFL. Odell Beckham Jr, Jarvis Landry, Nick Chubb, and Kareem Hunt make up the elite wide receiver and running back rooms. It is important to not forget how talented the tight end room is as well, and how they can impact the offense in 2021.

In 2020, Andrew Berry signed Austin Hooper in Free Agency to 4 years $42 million deal. He joined David Njoku and rookie Harrison Bryant to make up a very talented tight end room. All the talent is great, but at the end of the day, there is only one football, so many wondered how all of these players would get involved. Kevin Stefanski loves his tight ends and needed ones that could block, which is a big reason Hooper was signed. Njoku is a freak athlete, but blocking is a weak spot of his game. Harrison Bryant figured to need a lot of development but was coming off a 1,000-yard season in college that leads him to become the winner of the Mackey Award. Let’s break down all of their performances in 2020 and how they should fare in 2021.

You can look at Hooper’s stats in 2020 and immediately say that he underperformed based on the contract he got. He finished with 46 receptions for 435 yards and 4 touchdowns. While these stats aren’t absolutely terrible, they are a big dip down from his 2019 year with the Falcons where he had 75 receptions for 787 yards and 6 touchdowns. This decrease in production is actually not as concerning as one might think. For starters, Hooper was a solid blocking tight end for the Browns in 2020. He made a lot of key blocks on running plays that helped spring, Nick Chubb. He was also very clutch and sure-handed, only having two drops all season. It was unfortunate that Hooper had a ruptured appendix because he was starting to develop chemistry with Baker Mayfield. Much like Baker, Hooper was getting comfortable in the offense coming off an unprecedented offseason due to the COVID-19 pandemic.

Hooper is expected to be more involved in 2021 and since it’ll be another year in a system he is now familiar with, his chemistry with Baker should be better. With so many mouths to feed on offense, Hooper will never put up huge numbers but don’t be surprised if he gets between 55 and 65 catches. Being a security blanket for Baker and continuing to improve as a blocker should be his two biggest focuses this upcoming season.

Perhaps one of the most intriguing players on the entire offense, David Njoku enters his 4th season with a lot to prove. The thing about Njoku is that he has all the traits to be a number one Pro Bowl tight end in the NFL, but he’s had some unfortunate setbacks in his young career. In 2018, Njoku really flashed with 56 catches 639 yards, and 4 touchdowns. 2019 was a forgettable year as he dealt with injuries and clashes with then-head coach Freddie Kitchens. In 2020, Njoku looked great even though his stats didn’t convey that. He finished with 19 catches for 213 yards and 2 touchdowns. However, if you watched the games you’d notice that many of his catches came in clutch moments and some were incredibly impressive. His athleticism is incredible and he can go up to make catches a lot of tight ends can’t. In addition to all that, his blocking improved dramatically and that helped get him on the field more.

In 2021, it will be very interesting to see how many touches Njoku gets. If he makes his way onto the field, especially in the red zone, he could have 30+ catches and 4-5 touchdowns. His jumping ability makes him a tough matchup one on one and with it being a contract year, there could be a fire lit under him. There are many Browns fans who argue that he is better than Hooper and should get just as much playing time, so we’ll see what happens. Either way, Njoku should have a significant role in Kevin Stefanski’s offense.

Last but not least, we have Harrison Bryant who is coming off a good rookie season for the Browns. Bryant was drafted in the 4th round in 2020 and had a lot of buzz as a future star. He saw minimal playing time up until week 7 against the Bengals where he broke out with 4 receptions for 56 yards and 2 touchdowns. He displayed speed, good hands, and the ability to get separation in that game and he looked promising. In the coming weeks, common rookie mistakes started happening as Bryant had a few fumbles that contributed heavily to the outcome of the games. Those issues are fixable and there is no need to worry about his future, but they made the coaches take a step back with his playing time. Despite that, he finished the season with 24 receptions for 238 yards and 3 touchdowns. He also showed potential as a good blocking tight end.

In 2021, it is hard to say how much playing time Bryant will get. That is totally fine because he needs more time to develop and tight ends usually take a few years to fully form. His ball security and awareness are the two main areas he needs to improve in, but make no mistake that substantial talent is there. He has been compared to George Kittle and if he gets anywhere close to that, the Browns will have a major steal for years to come. Look for him to have similar stats as he did in 2020 and have a role as a rotational player, seeing playing time later in games when the Browns have big leads. There is a good chance that he will grow into the number one tight end and take Hooper’s place when his contract is up in a few years.

Ranking the head coaches of the NFC East
Why Joe Tryon is the Buccaneers X Factor
wpDiscuz
0
0
Would love your thoughts, please comment.x
()
x
| Reply