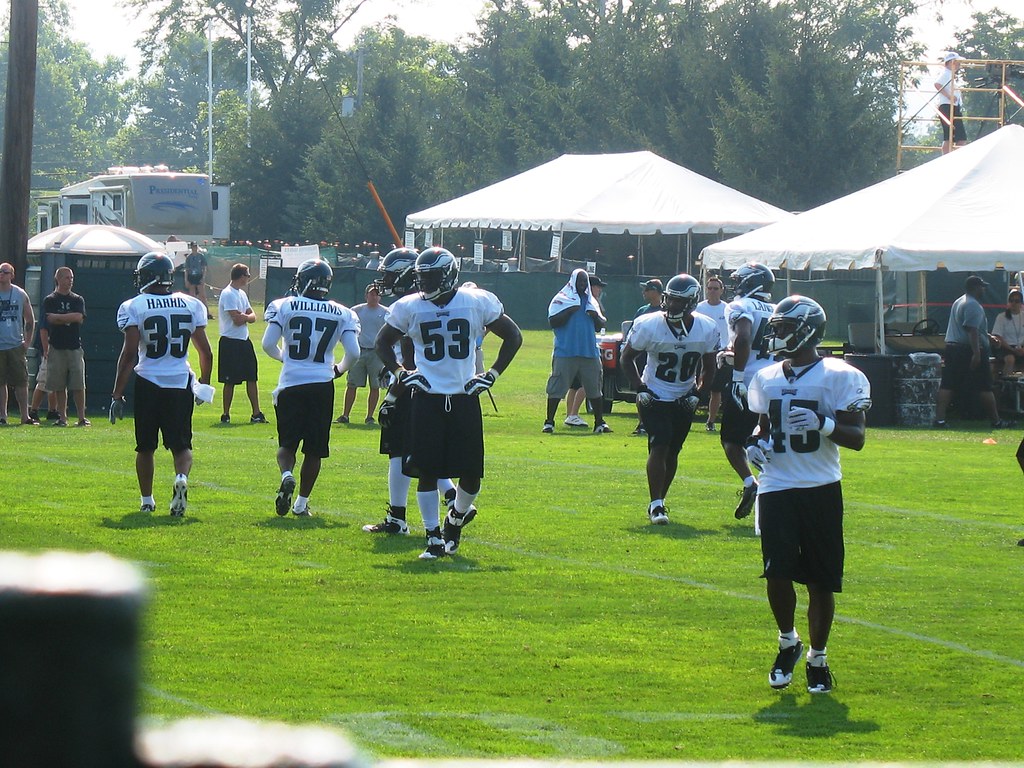 TE Zach Ertz could be out of Philadelphia soon

The Eagles are in a situation unusual for the team, a rebuild. For a club that has been a competitive team for most of the past two decades, the Eagles are coming off of one of the worst seasons in recent memory. The previous window has closed, and a new one is being built. A lot of the old guard have already been moved on from, but there are a few remnants of that 2017 team still hanging around”¦ but for how much longer though with the team starting to shift into the new Nick Sirianni era. Here are three Philadelphia Eagles that may be playing their last season of football in Philadelphia.

This entry comes with a bit of a caveat. There’s a very good shot that last season was Ertz’s last season in a Philadelphia uniform. Just a short while ago, the idea of Ertz leaving the city seemed impossible. Ertz was Philadelphia’s top weapon and the go-to target on the offense. Ertz’s best season came in 2018 when he caught 116 passes for 1163 yards and 8 touchdowns. A lot has changed since then though.

The writing has seemingly been on the wall regarding Zach Ertz’s status in Philadelphia for nearly half a year now. A contract dispute before the 2020 season put the tight end’s future in Philly in question, those questions growing larger after an extremely lackluster season. It sure sounded like Ertz was leaving after the season, with one of Philly’s best pass catchers delivering a tear-filled message to the fanbase after the final game of the 2020 season. Yet with training camp arriving, Ertz is still on the team. It will be interesting to see how the Ertz situation plays out, but don’t be surprised when Zach Ertz is playing for a new team in 2022.

The Eagles are in a very tricky situation with their former first-round pick. Barnett, Philadelphia’s 14th overall pick in the 2017 draft in their own city, hasn’t quite lived up to lofty expectations so far. He hasn’t nearly been a bad player, carving out a role as a solid all-around defensive end, but he has yet to show anything really special through four years. Barnett has been solidly consistently rushing the passer, gaining at least 5 sacks in three of his four seasons (the one in which he didn’t he only played 6 games) but he hasn’t posted a spectacular season, his season high in sacks being only 6.5.

Barnett has largely been the same player throughout his tenure with Philadelphia: a not bad but not great defensive end. Barnett’s backup Josh Sweat meanwhile has improved every year, even gaining more sacks than Barnett last year. With Barnett’s contract coming to an end after this season, a season in which he’s earning 10 million dollars, and with the emergence of a slightly more dynamic Josh Sweat, whether or not Derek Barnett returns to the Eagles next season will largely be based on his 2021 performance.

Nothing in football lasts forever. Eventually, everyone retires, and that retirement is coming very soon for star center Jason Kelce. Many expected Kelce to retire before this season, but the potential future Hall of Famer is back in Philly. Kelce has been one of the best players of the 2010s for the Eagles, earning three first-team all-pro selections. He’s one of the best linemen of his generation and will go down as an Eagles legend.

All good things in football eventually come to an end though. Kelce is 33, soon to be 34, and has been battling retirement over the past few years since the Super Bowl victory. Kelce has battled and played through injuries over the past few years, so it would not be surprising if the four-time pro bowler called it a career after this season. Kelce retiring this season isn’t nearly as foregone of a conclusion as Zach Ertz leaving after this season though. With everything he has done for the franchise over the years, as well as the great level of play and toughness he still gives you every week currently, the decision is all in Kelce’s hands. He’s earned the right to decide his future.

Ben Roethlisberger’s ceiling and floor for 2021
3 sophomore WRs that will disappoint
wpDiscuz
0
0
Would love your thoughts, please comment.x
()
x
| Reply