Why the Atlanta Falcons should have drafted a QB in 2021 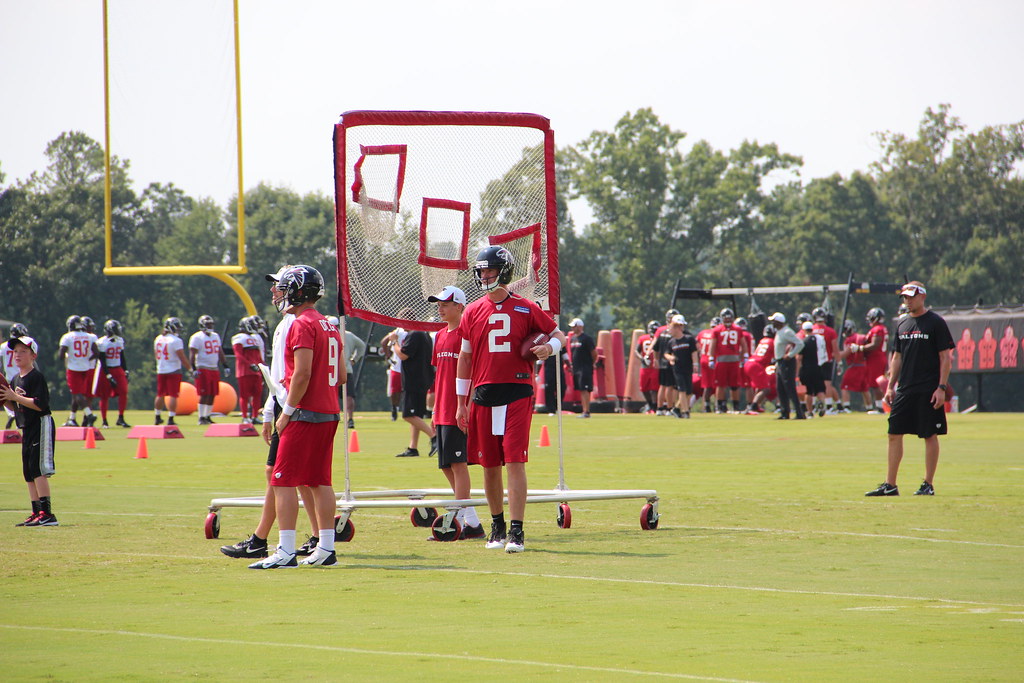 The Atlanta Falcons draft missed a QB in 2021

The Atlanta Falcons are in a relatively compromising position right now as a franchise.  They are seemingly stuck between keeping their original core and not worrying about age, and drafting young players to fill positions of need but keeping big contracts of older players.  This will not last long, as sustaining this team with these types of issues is extremely unlikely and should not be the case if they want to win anytime soon.  With that said, one of the older players they chose to hold onto and not at least take an eventual replacement for was Matt Ryan.  In this article, I will be going over three reasons as to why they should have drafted a QB in the 2021 NFL Draft.

First off, yes, Kyle Pitts is an extremely high-level blue-chip talent who could be one of the better TE prospects we have seen in a while.  However, if the Falcons are looking to build a young core as they did replacing Hayden Hurst with Pitts, why would they not go QB first?

Also, if they are planning on winning now, when are they going to have the opportunity to pick that high again?  Why not pick the player at a position they will need the most in the near future, and the position with the most value in the NFL, and if they really wanted a TE pick one up later on in the draft.  This was also one of the more top heavy QB classes we have seen in a while, so grabbing any of the top four would have been a win for them.

One of the biggest reasons I believe they should have taken a QB in the 2021 draft is they had the option to take a premier player in Justin Fields, one of the better dual threat QBs we have seen in the draft since Lamar Jackson.  Justin Fields would have been a great option for the Falcons as first off, Fields was born in Georgia, and would have been able to play for his “hometown team” of sorts in Atlanta.

His ability to both run and pass is a far cry from what Matt Ryan does, as Ryan is relatively stationary and tends to stick to the pocket.  Fields would have allowed the Falcons to focus more on skill positions and defense, and not as much on the offensive line as he would be able to evade pressure from opposing defenses to an extent.  He also would have fit the Falcons offense still though, as he has solid accuracy at all three levels of passing and would have been able to air-raid in some instances.

They Already Shipped Out Julio

The Falcons WR1 previous to this offseason Julio Jones got shipped out to Tennessee this offseason, and really not for much for a premier receiver in the league.  This clearly showed the Falcons dedication to a rebuild, as this saves them a ton of cap space in the coming seasons, and shows they are willing to move older pieces on the roster for future assets in draft picks.

If this was the case, why not take a QB such as Fields and allow him to sit behind Matt Ryan for a season or two, learn from him, and then take over and trade Ryan away to remove his cap hit from your roster?  It does not make much sense to trade Julio right now and not get an apprentice for Matt Ryan to take over when the team goes full rebuild.

Three reasons why the Steelers could repeat as AFC North champs
Are the Dolphins ready to be Super Bowl contenders?
wpDiscuz
0
0
Would love your thoughts, please comment.x
()
x
| Reply