A look into the Denver Broncos 2021 Season: Games 1 through 5 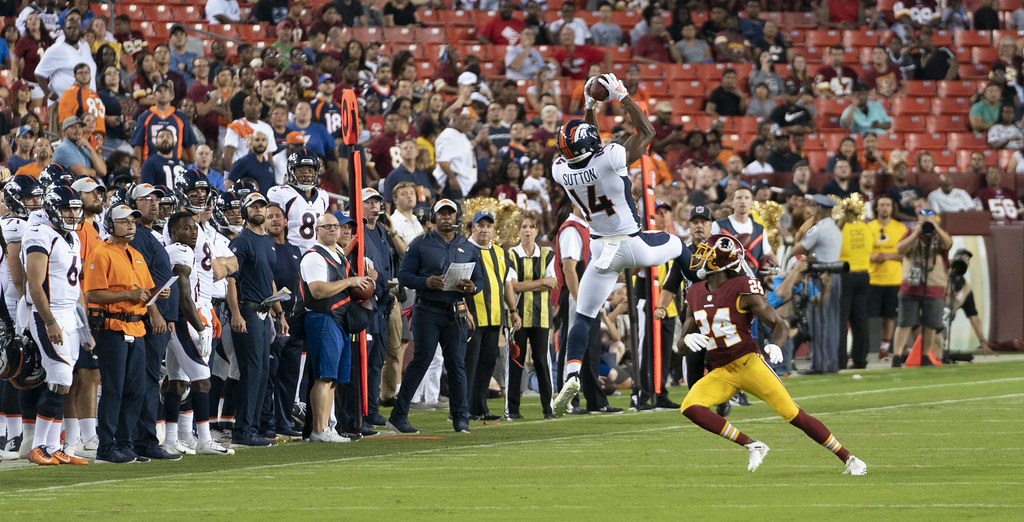 NFL football is tantalizingly close to returning, and with official team practices about to start, team personnel will begin meeting to make plans. It is now officially the hype part of the offseason where every team is a contender in their fan’s eyes. With that being said, the Denver Broncos’ schedule this upcoming season will be analyzed in a series of different articles to see how things might fair if the Broncos effectively trot out a fully healthy and competitive team.
(For this article and the divisive issue of quarterback choice for the Broncos this season, the reader can decide who they envision starting for the quarterback position.)

Starting week one the Broncos will travel to the Big Apple to take on a sputtering young quarterback in whom the Giants franchise has put their faith. Daniel Jones, while selected in the first round, has yet to put it all together to show the Giants that they have their successor to Eli Manning. To give him the benefit of the doubt, Jones has also been missing his star running back in Saquon Barkley. This will be a make-or-break year for Jones, and obviously, the pressure is on both young offenses to start producing. Denver’s choices of bringing in Kyle Fuller and drafting Patrick Surtain this offseason has made waves, while New York has quietly been flying under the radar with their solid defensive roster as well. The likes of Adoree’ Jackson in the secondary and Leonard Williams providing pressure at the line could bring as much trouble for the Broncos’ young offense as everyone imagines the Broncos defense will create for Jones.

Week one could very well be the steppingstone that sees a young offense putting together their chemistry. Considering this, fans should also expect a healthy number of mistakes along with the electric plays we may see on both sides of the ball. Expect heavy doses of Melvin Gordon and safe, high percentage throws to the Tight Ends in Noah Fant and Albert Okuegbunam.

True to their offseason moves intended to bring in great defensive talent, the Broncos ride high on performance from their shiny new defensive toys, the re-emergence of Von Miller, and benefit from a lackluster young Giants offense to take a 20-17 week one road win to start the season off on a positive note.

The Jacksonville Jaguars have been the media sensation this offseason in the NFL. Their first overall pick, Trevor Lawrence out of Clemson, has been donned the Jaguars’ savior at the quarterback position, and the inflamed media circus that has followed former Broncos Quarterback Tim Tebow everywhere since his first year as a rookie in the NFL. Despite shaking things up in the offseason, the Jaguars must still put everything on paper in order to field a competitive team after winning only one game last season.

Heading into Week two, Jacksonville SHOULD be coming off of a win over the dysfunctional Houston Texans in their week one matchup. Heading into his NFL career on a 1-0 start, Lawrence will bring confidence and a mindset that 2-0 is possible against a Broncos team that has missed the playoffs every year since winning the championship in 2015 over five years ago. The Broncos will not be so quick to roll over to Jacksonville and the hype. The Jaguars will come into the game happy with their franchise quarterback and leave recognizing that while he may be the future, he is still a rookie. The Denver defense must be salivating at the idea of getting to face a rookie quarterback early in week two of the season and sending a message to the league about the state of their defensive power. Jacksonville ranked bottom three in almost every defensive category last season, and while they may have their future stud in Lawrence, this is still a young team at the core of a much-needed rebuild for their roster.

Denver handily takes this game after both defensively flustering Lawrence into rookie mistakes and the Broncos’ offense gets rolling behind a strong rushing attack. The Broncos take this one 34-14 and roll a two-game win streak into Week 3 against”¦.

After two back-to-back road trips to start the season and more than a year, the Broncos get their first home game in front of a stadium packed full of fans. Mile High will be rocking come week three, and the Jets will feel it.

In this week three match up, the Broncos will have the privilege of playing two first-round rookie quarterbacks in a row. With Zach Wilson as the Jets’ first-round selection and Sam Darnold shipped off to the Panthers, the Jets are entering what feels like their final reset before climbing back to competitive football. After losing the Trevor Lawrence sweepstakes by winning a game late in the season against the Browns, they decided to take the next best thing in Zach Wilson at number two overall. They coupled this pick with young talent in Alijah Vera-Tucker on the O-line and another wide receiving threat in Elijah Moore in order to help Wilson build an offense, but as last year Frank Gore still lead the team in rushing yards at thirty-seven years old, there are still plenty of holes to fill.

The Broncos’ defense will again take advantage of the young offense put in front of them and give this Jets team a run for their money. By week three, the Broncos’ offense should have a good sense of who they need to be identity-wise regardless of quarterback, and there would be no better time to give rookie running back Javonte Williams the spotlight as the Broncos’ featured back. Again, much like with Jacksonville, a 2-14 record doesn’t disappear overnight, and the Jets, while on the right path, still have a mountain to climb to get back to competitive football.

Denver takes this one as well after the defense gets to flex its muscles in consecutive weeks. Von Miller breaks out the strip-sack dance to set up a short field Noah Fant touchdown, and they roll out of Mile High somewhere in the range of 32-20.

Back at Mile High, Week four presents the first game that will likely challenge this Broncos defense. The Ravens’ offensive ability orchestrated by Lamar Jackson will give the Broncos a true test of their defensive ability as a unit. The combination of solid running back play, a mobile quarterback, and speedy receivers will give an explosive look at just how much the Broncos can handle. On the offensive side of the ball, the Broncos line will get a reunion with former player Derek Wolfe for the first time as he comes back to Mile High since leaving for the Ravens one season ago. With the trenches being holed up by Wolfe and Calais Campbell, this game could very well turn into a passing shootout between the two teams, especially with a healthy Von Miller and Mike Purcell on the other side for the Broncos.

The return of a healthy Courtland Sutton looms large for the first time as the Broncos will need the big-body receiver to make plays alongside the likes of Jeudy’s shifty routes and K.J Hamler’s speed. Despite the Broncos’ solid young core on the offensive side of the ball, the difference in experience between the two teams will be the deciding factor.

Ultimately, this is likely the first game the Broncos lose as Jackson’s scrambling proves too much and some unlucky bounces fall the Broncos way. The Ravens take this one 31-24, but the Broncos put out a solid showing and still sit at a nice 3-1 record heading into Week 5.

A week after facing Lamar and his elusive play-making ability, the Broncos travel to the Black and Gold in Pittsburgh to face Ben Roethlisberger and their new running back in Najee Harris. This game provides a night and day difference in what the Broncos have faced in week 4, since Big Ben is not necessarily known for his scrambling ability. The other big factor in play here is that the Steelers’ offensive line will be returning only one starter from last season after suffering several losses to the group this offseason. Long-time Steeler Alejandro Villanueva departed for the Ravens in the offseason, along with Matt Feiler leaving for Los Angeles to join the Chargers.

Broncos fans know what a rotating line can do to team chemistry, and the Broncos D-line can use this opportunity to feast on Big Ben. Bradley Chubb has the opportunity for his first breakout game of the season due to Von Miller getting as much attention as the Steelers can throw at him. Big Ben is sacked no less than four times and the Broncos spark an electric offensive showing behind their emerging running back duo in Melvin Gordon and Javonte Williams. The Steelers secondary is quietly formidable with the likes of Minkah Fitzpatrick, Joe Haden, and Terrell Edmunds, so the Broncos should not expect to see a lot of aggressive passing opportunities, lest they give the game up.

Don’t expect fireworks but do expect the Broncos defense to not only give the offense enough opportunities, but also score themselves to put this one away 27-17.

QBs to trade away in Dynasty Fantasy Football
How To Navigate Injuries In Dynasty
wpDiscuz
0
0
Would love your thoughts, please comment.x
()
x
| Reply