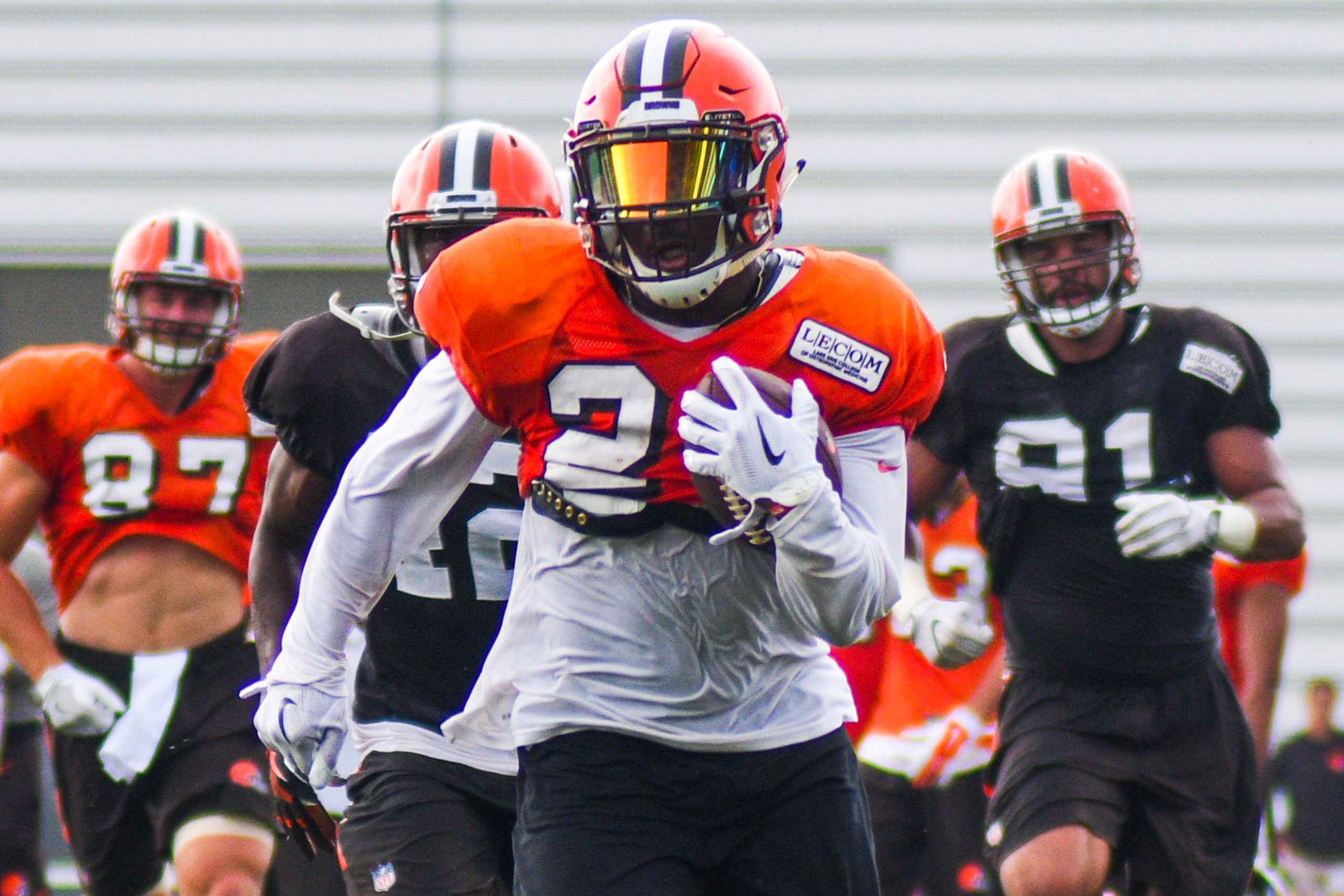 Should the Rams re-sign Todd Gurley

A perfect storm was brewing for Cam Akers in 2021. A solid offensive line, an improved quarterback and an assumed three-down role. Sadly, Akers tore his Achilles during a pre-training camp practice. The Rams’ current backfield consists of Darrell Henderson Jr., Xavier Jones, Raymond Calais, Otis Anderson, and Jake Funt. Though the Rams’ front office and head coach Sean McVay have said that they do not plan to immediately bring in more competition, it is unlikely that the room remains the same throughout the offseason.

The current free agent options are serviceable at best, but the Rams will need to go bargain hunting to piece together a competent running back room. Though none of the available players are uber-athletic, there are experienced veterans and pass catchers that could be of use to the Rams.

Duke Johnson Jr. has no business sitting in free agency while running backs like Carlos Hyde and Devontae Booker have defined roles. Since entering the league, Johnson has totaled over 300 receptions and almost 3,000 receiving yards out of the backfield.

If the Rams were to sign Johnson, it would be as a complementary piece in their committee. Darrell Henderson has not been used as a pass-catcher with the Rams, so signing Johnson would give them an impact player in the passing game. Johnson’s 4.51 speed on his 210-pound frame is nothing more than average, but the Rams should be thrilled with league-average production right now.

AP is quietly still a capable running back. In his past three seasons, he has totaled over 2,500 yards on the ground and 450 yards as a receiver. Peterson also has 20 total touchdowns since 2018. Peterson ranked 13th in yards created per touch and 31st in evaded tackles last year, per player profile. Though these metrics are not anything special, Peterson has proved that he still has enough juice left in the tank.

The Rams can deploy Peterson on any down and trust him to be a willing pass protector. AP’s experience across over a decade in the league is invaluable, and he could benefit the franchise more than any other free agent.

The divorce between the Los Angeles Rams and Todd Gurley was ugly. Gurley even claimed that some of his game checks were not delivered. All that said, the Rams bringing in Todd Gurley makes too much sense, if Gurley is open to a reunion. The Rams would love a running back that has a deep knowledge of their system, like Gurley. The comfort level that Gurley has with coach McVay’s system is an immediate bonus.

Gurley is no longer an elite running back. However, it has been demonstrated that teams can win games without high-end backs. The Chiefs won a super bowl with Damien Williams as their lead back in 2019 and the Buccaneers won in 2020 with Leonard Fournette and Ronald Jones. Gurley, Darrell Henderson, and Raymond Calais would be one of the worst running back rooms in the league, but it just might be enough to get by.

Would the Eagles be NFC East favorites with Deshaun Watson?
What would it take for a tight end to win MVP?
wpDiscuz
0
0
Would love your thoughts, please comment.x
()
x
| Reply