What would it take for a tight end to win MVP? 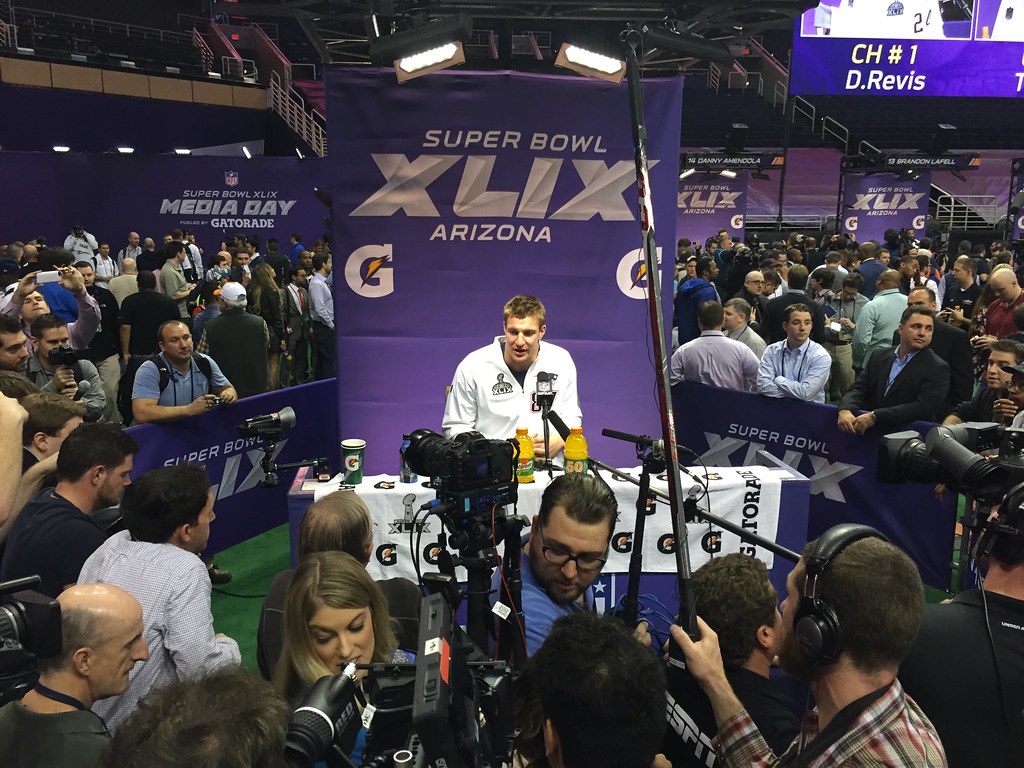 In the last twenty years, the NFL MVP award has become an award that almost strictly goes to quarterbacks. Only four of the last twenty winners were position players. The award is recognized as a quarterback award and is nearly impossible to win if you don’t play the position. The last non-quarterback to win MVP was running back Adrian Peterson in 2012.

The last-position player to receive an MVP vote that wasn’t a QB was Todd Gurley in 2017. He finished with eight votes and finished second to quarterback Tom Brady, who received 40 votes.

This past season, only three players received MVP votes. All three players were quarterbacks; Josh Allen of the Buffalo Bills, Patrick Mahomes of the Kansas City Chiefs, and Aaron Rodgers of the Green Bay Packers.

Tennessee Titans running back Derrick Henry is coming off of a season where he is just the seventh player to surpass 2000 rushing yards in one season. He also added another 17 touchdowns on the ground. Even with this monstrous season, he didn’t receive a single MVP vote.

It has been over 30 years since a tight end has received an MVP vote. A tight end has never even won the AP Offensive Player of the Year award.

The biggest issue in regards to skill players not winning this award is that a majority of their stats go to the quarterback as well. If a receiver catches 15 touchdown passes, that means that a quarterback had to throw 15 touchdowns. The stats will fall into both categories, almost always falling in favor of the quarterback.

While a tight end has never one, we are living in the time of the high-powered offense, where it could potentially happen someday soon. There are multiple tight ends that are at the forefront of the NFL. There is potential at the position and the award could make its way to the position soon.

That begs the question of, what would a tight end need to do to not just earn a vote but to win the entire award? In a simple sense, it would be one of the greatest seasons of all time. When taking both a statistical approach and a team approach, the tight end would have to dominate in both ways. By being a leader on the team and being their driving force on offense.

From a numbers standpoint, tight ends have blossomed in recent years. The very best at the position is able to take over games. But even the current greats at the position haven’t done enough to garner the necessary attention to be acknowledged for the award.

Current Tampa Bay Buccaneers tight end Rob Gronkowski is arguably the greatest to ever play his position. His 2011 campaign is one of the single greatest seasons in NFL history. At 22 years old the second-year tight end caught 90 passes for 1327 yards. He also reached the end zone on 18 different occasions. Even with this performance, Gronkowski was not an MVP finalist, but his quarterback Tom Brady was.

In recent seasons, tight ends such as Travis Kelce and George Kittle have taken over the position. Kelce has steadily improved since breaking out in 2016. He has five consecutive seasons of over 1000 receiving yards and has had two seasons with double-digit touchdown receptions.

Kelce has been one of the most dominant players in the NFL for years now but has never found his way into the MVP conversation. Understandably so when you look at who his quarterback is. As Kelce approaches 32-years old, his MVP window could already be closed. But the same can’t be said for Kelce’s counterpart, George Kittle.

Kittle could prove to be the most likely candidate to finally win the award, especially when looking at the team that he plays on. Kittle could be the main target on the San Francisco 49ers roster in 2021. His stock could go up even more if San Francisco chooses to go with rookie quarterback Trey Lance, who could not only expand the offense but could also look at Kittle to be his security blanket.

Kittle is coming off of a down season where he appeared in just eight games. But the 27-year old tight end should be ready to perform at a high level this season. He could prove to be one of the league’s best past catchers this season. And that is what it would take for him to bring home the MVP award.

If Gronkowski wasn’t able to take home the award in 2011 with 18 touchdowns, then it could take scoring 20 to win it. Kittle could be the player to do it. A stat line of 20 touchdowns, 100 receptions, and over 1500 receiving yards could potentially get it done. And while that would be asking a lot, that could prove to be what it takes for a tight end to finally bring the MVP award home.

Best free-agent running back replacements for Cam Akers
Why Frank Reich could win Coach of the Year
wpDiscuz
0
0
Would love your thoughts, please comment.x
()
x
| Reply