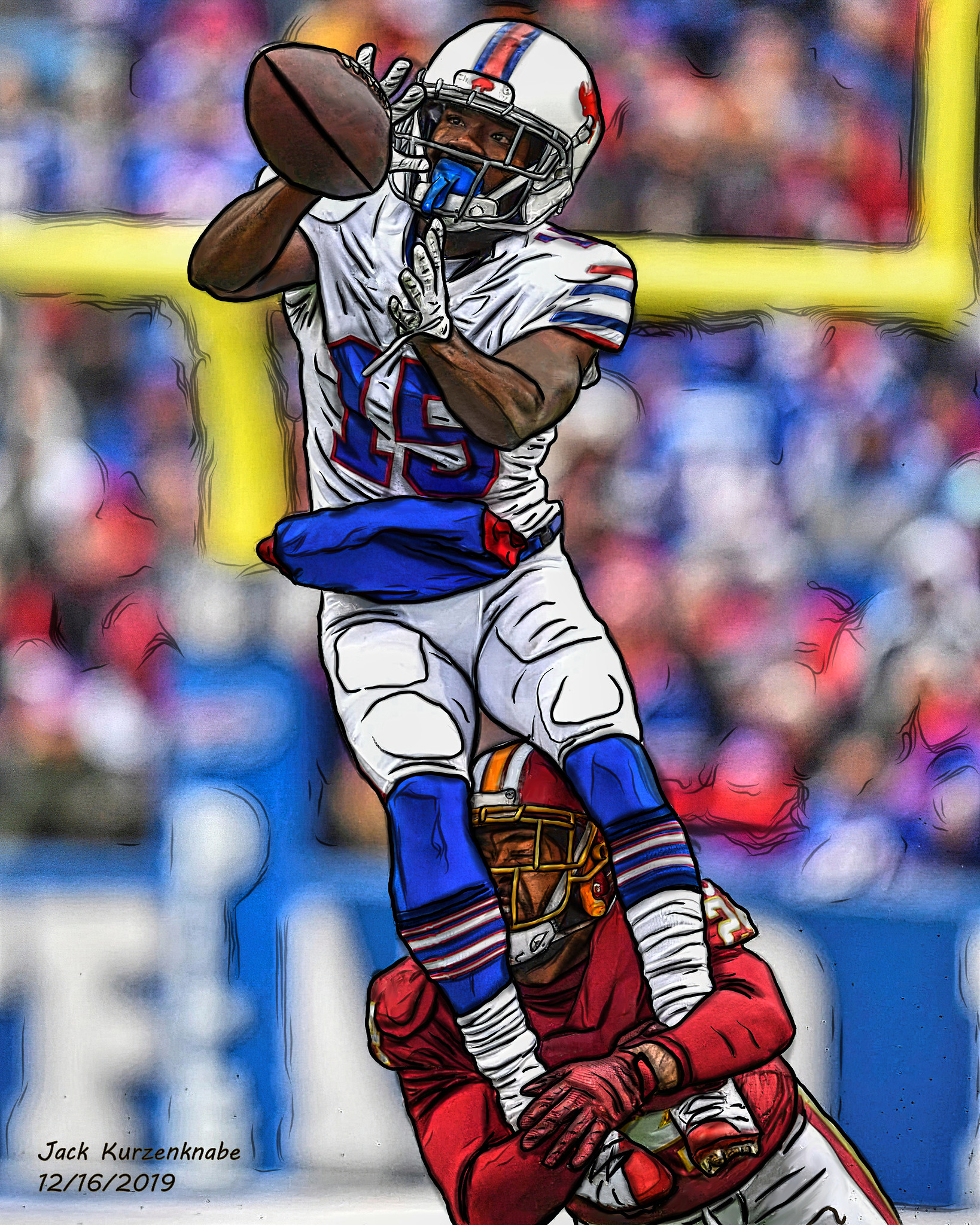 Raiders WR John Brown will be a star in 2021

The Las Vegas Raiders questionably drafted Henry Ruggs in the first round of the 2020 draft. Head coach Jon Gruden wanted a wideout that could stretch the field, capitalize off the play action, and ultimately help the Raiders offense go point for point with the likes of MVP Patrick Mahomes.

It’s safe to say that Ruggs did not live up to expectations in his rookie year. The former Alabama WR recorded a mere 452 yards and two touchdowns. He was outperformed largely by fellow WRs in his draft class like Ceedee Lamb, Justin Jefferson, Brandon Aiyuk, Michael Pittman, and the list goes on.

Headed into the 2021 season, Gruden rightfully wanted to bring in more juice at the WR spot. To help utilize Carr’s arm strength and talent, the former Super Bowl-winning coach signed veteran deep threat John Brown. Brown has played seven seasons in the league (AZ, BUFF) and he just recorded an impressive 1,000-yard season in 2019. I firmly believe the Raiders WR will bring an immediate boost to LV’s orchestra and that he truly was one of the best contracts in the whole NFL.

Here is why Brown will have a superb outing for his new QB in the Death Star.

Henry Ruggs didn’t just disappoint last season, but he failed to be a factor with a QB that threw the ball 20+ yards more than he has in four seasons. Yes, Ruggs was far from average with his efficiency in catching the deep bombs. Per PFF, he was 69th in the rate of catchable deep passes beyond 20 yards.

The veteran John Brown will be the absolute go-to target now that the veteran Nelson Agholor is out of the picture. Not only does Carr share the same jersey number as Agholor, but Carr said he reminds him of Agholor as a player. He’s stated that he loves the newly acquired WR. Agholor found quality production with the Raiders QB, despite having marginal expectations coming into Las Vegas. Brown has a much better resume than Nelson coming into the Raiders huddle and I expect him to post at least similar highs as Nelson Agholor did in his Raider tenure.

Do not let the first-round mark on Ruggs name and his top play of the 2020 season where former Jets DC Gregg Williams sent an all-out blitz in a hail mary situation, which allowed Ruggs to beat a below-average CB over the top with no safety help let you believe he should be more reliable than John “smoke” Brown in 2021.

NFL WRs that specialize in torching defenses usually enjoy a longer-lasting NFL career. Ted Ginn, who has been an underrated speed demon at WR for over a decade, just announced his retirement at the age of 36. The well-known deep threat Desean Jackson is still going strong at age 34 and he enjoyed 734 yards in 12 games at age 31 (same as Brown). These are unique players, but they share a common strength of skill. It’s clear that Brown, who enjoyed a “career season” in 2019, will show that he’s still in his prime when the 2021 season comes around the corner.

What is Jared Goff’s ceiling and floor?
Why Sean Payton is One of the Best Play Callers in NFL History
wpDiscuz
0
0
Would love your thoughts, please comment.x
()
x
| Reply