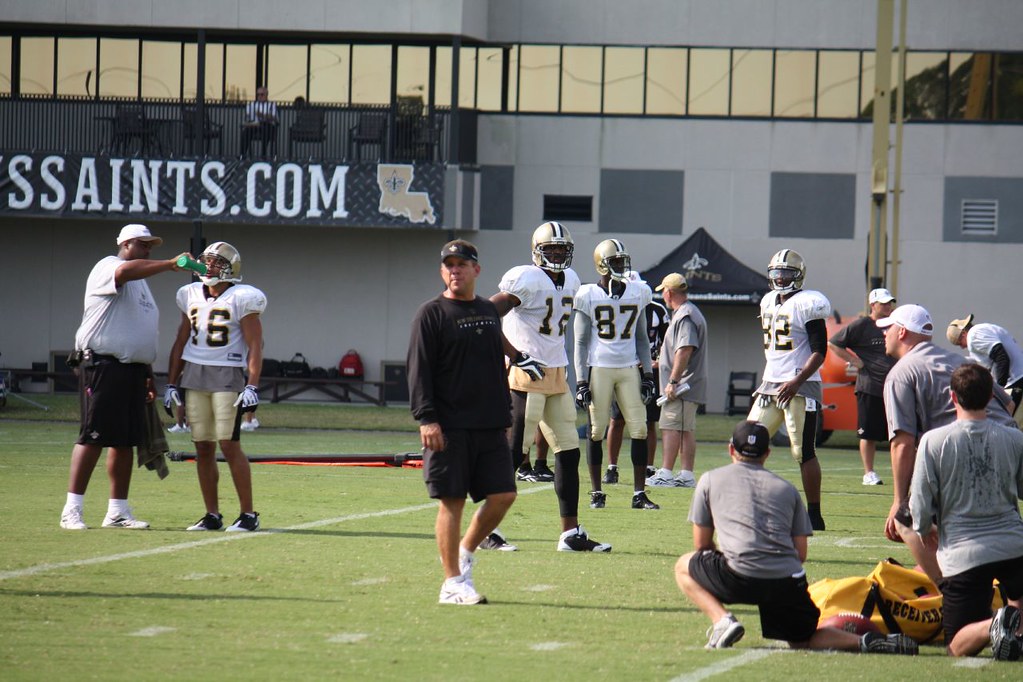 Sean Payton is one of the best play-callers in NFL history for his effectiveness, creativity, and adaptability. His sustained success and many examples of designing an effective offense put him right in the mix with some of the legendary offensive minds like Bill Walsh and Air Coryell. Payton has been revolutionary with his schemes and has consistently had one of the top offenses in the NFL for his entire 15-year career as the head coach and play caller for the New Orleans Saints. His genius offensive mind is a big reason why he has an extremely impressive .631 career winning percentage.

Payton has been the head coach of the New Orleans Saints since 2006 and has been the offensive play caller the entire time. His innovative designs and schemes have been the main reason why the Saints offense has consistently ranked towards the top of the NFL every season. In order from 2006 through 2020 their offense has ranked 1st, 4th, 1st, 1st, 6th, 1st, 2nd, 4th, 1st, 2nd, 1st, 2nd, 8th, 9th, and 12th. That is an insanely consistent and impressive run that really speaks for itself. Besides being ranked 1st overall in offense for 6 of the 15 seasons, they have also never been outside of the top half including being in the top 10 in 14 seasons and the top 5 in 11 of them.

One of the signatures to the success of Payton has been his ability to get the most out of the weapons that he has available to him. What makes him such an offensive genius is the fact that he can design an offense around the strengths of his roster rather than trying to get his players to fit his scheme. This is where he has been able to show off his creativity by designing a new offense not just from year to year, but sometimes even from week to week when necessary.

One of the many gifts Payton has been getting the most out of his players. He has been great at maximizing the potential out of the players available to him. The most recent example of this has been the unique ways that he has been able to utilize Taysom Hill. He has lined him up everywhere including quarterback, running back, wide receiver, tight end, and even special teams. Over the last three seasons, Hill has accumulated 22 touchdowns including 4 passing, 11 rushing, and 7 receiving.

Hill is an extremely unique talent and the type of player that can’t just be plugged into any offense and be effective. Payton has masterfully unlocked his potential into a solid contributor by specifically designing plays to fit his skillset. It’s highly unlikely that many other coaches, if any, would have been able to do that considering Hill was mostly viewed as a bust until Payton transformed him into what he is today. There have been other examples of this concept as well.

Darren Sproles is another player who Payton made into the best version of himself. Sproles spent 14 solid years in the NFL spread out between the Chargers, Saints, and Eagles but his 3 seasons with Payton in New Orleans was by far the best stretch of his career. His 3 best receiving seasons of his career were the 3 years he spent with the Saints from 2011 to 2013 when he recorded receiving yard totals of 710, 667, and 604 respectively. His career high in rushing yards of 603 also came in 2011 and 21 of his 55 career offensive touchdowns came during that 3 year stay in New Orleans. Payton is a master of maximizing potential and Sproles is an excellent example of that.

Now that Drew Brees has retired, for the first time in his head coaching career Payton will enter the 2021 NFL season with a new starting quarterback. Those big shoes will be filled by either Taysom Hill or Jameis Winston. Brees is of course a legend of the NFL and will easily be a first-ballot Hall of Famer, so it is going to be very interesting to see the brand new offensive design by Payton without him. He does have strong weapons to work with, such as superstars Alvin Kamara and Michael Thomas, so this is a new opportunity for his creativity to shine once again. If Payton was to lose one of the best quarterbacks of all time this season, but still come up with one of the best offense in the league as he always has, it would just further solidify the fact that he is one of the greatest offensive minds in NFL history.

3 reasons why John Brown will be a big contributor for the Raiders
Why the New England Patriots should sign Clay Matthews
wpDiscuz
0
0
Would love your thoughts, please comment.x
()
x
| Reply