What Vikings Fans Should Think About Aaron Rodgers’ Return 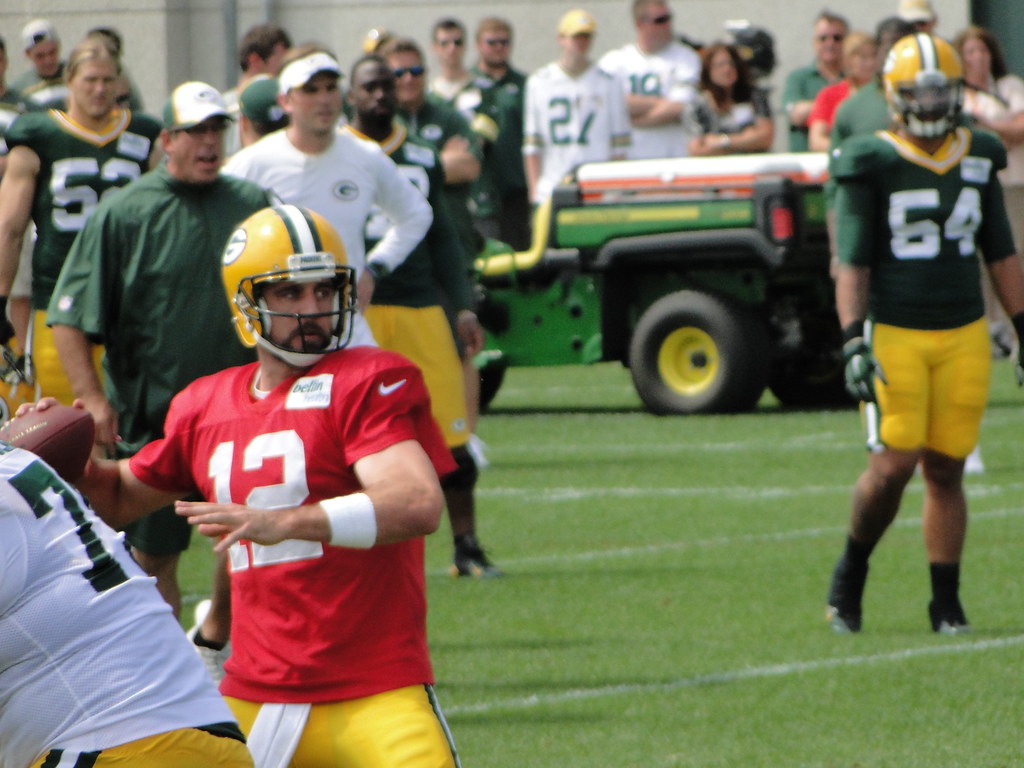 Over the last three months, Vikings fans have been in some sort of state of euphoria. When news broke on draft day that Aaron Rodgers wanted out of Green Bay, Minnesota (and Detroit and Chicago) erupted in jubilation. Was this finally it? Had Green Bay’s run of constantly possessing an all-time great QB to come to an end?

The next 90 days saw the Vikings bring home a potentially solid draft class, continue to bolster their defense, and add another wide receiver. Aaron Rodgers did nothing over that timespan to indicate he was excited about returning to the Packers either. Then rumors of Davante Adams being unhappy with his contract started spreading. The purple Kool-Aid was flowing faster than the Amazon River. Unfortunately, to the dismay of the rest of the NFC North, Rodgers was able to work it out with Green Bay and did indeed report to Packers training camp this week. So, what does all of this mean for the Vikings and their fans?

Without Rodgers, Green Bay likely would have been expected to finish behind Minnesota in the standings, and the betting markets reflected that when it appeared the reigning NFL MVP was on his way out. However, a season with no Rodgers in the division may have given the Vikings a “false sense of hope”.

With a Rodgers-less Packers team likely not posing much of a threat, the only NFC teams clearly ahead of Minnesota would be Tampa Bay and whichever teams make it out of the NFC West between Los Angeles, Seattle, and San Francisco. The Vikings very well could be able to compete with these teams but would certainly not be favored in any game against them. Now that the Packers have Rodgers back under center, the Vikings have their own litmus test right in front of them in the division. If Minnesota is unable to compete with Green Bay during their two matchups in 2021, then they already know that any Super Bowl dreams are just that, a dream.

That is not to say that the Vikings cannot go toe to toe with the Packers, because they can. They managed to win in Green Bay in 2020 with 50% of their defense being “practice squad” players, and Zimmer’s defense is undoubtedly better this season. Nonetheless, In the event that Rodgers is still on another level and the Packers run away with the NFC North, however, the Vikings then know that they do not stand a chance to compete with the Bucs, Chiefs, and Bills of the world and can temper their expectations accordingly. Vikings fans know plenty about having a false sense of hope and how much that can sting, so being realistic is the best way to combat that.

So, Aaron Rodgers is back in Green Bay for what he insinuated was his “Last Dance.” The rift between him and the Packers organization has not gone away, and he has made it clear he still does not want to be there long term. Vikings fans have been obsessed with the latest update on that saga since April, but now should focus solely on the team in Minnesota. If the Vikings cannot take care of their own business, what happens across the border in Wisconsin will not matter. If Minnesota is to have a successful season, they would need to beat teams of Green Bay’s caliber no matter what, and now they will have that chance twice, or maybe even three times, this coming season. Should Vikings fans be happy Aaron Rodgers is going to be in green and gold again in 2021? No, but what would be sweeter than Minnesota being the team to bring an end to the Rodgers era with The Pack?

Predicting the Dolphins Record for 2021
Why Jimmy Garoppolo could start in Week 1
wpDiscuz
0
0
Would love your thoughts, please comment.x
()
x
| Reply