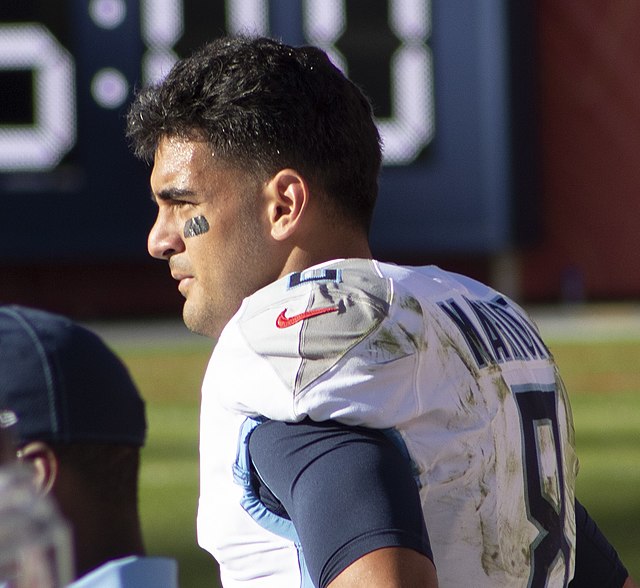 The latest outlook for the Atlanta Falcons QBs

The Atlanta Falcons may have moved on from a well-accomplished Matt Ryan and decided to roll with the complex dual-threat quarterback in Marcus Mariota and the accurate, dual-threat rookie Desmond Riddler. Yet, it appears that the Falcons have been impressed with the former Oregon Duck/veteran QB so far. Per The Falconholic, Mariota (who is seen as the favorite to start in 2022) was a stud in OTAs today, as went 8/10 with 3 TDs and 1 interception. He notably delivered a beautiful throw to Kyle Pitts for a touchdown.

It’s especially positive that Mariota has been a superb passing QB, as he can also be a threat with his legs. Mariota ran for 357 yards in 2018 and he also had five rushing touchdowns in 2017. It’s clear that Mariota offers a skill set that hasn’t been available with Matty Ice.

Of course, Mariota took a mature path and learned behind Derek Carr for a couple of seasons. The Saints starting QB Jameis Winston (who was drafted one spot before Mariota) decided to learn under Sean Payton and behind Drew Brees in 2020. He earned the keys to the gig in 2021 and led a Michael Thomas-less team to a 5-2 record last season.

Mariota, who had three straight winning seasons from 2016 to 2018, could certainly be capable of being a quality QB. Most importantly, Mariota is only 28 years old – which isn’t old in QB years. He could finally put together his accuracy, legs, and decision-making in 2022.

Mariota signed a two-year contract worth $18.75 million dollars with the Falcons.

The rook in the QB room impressed his squad to draft him over Malik Willis and he has continued to impress the Falcons in camp up to this point. Per The Falconholic, John FitzPatrick (Falcons TE) called Riddler a leader and Tyler Allgeier (Falcons RB) stated that Riddler is a genius. He hasn’t been quite as sharp on the field as Mariota, but his work ethic combined with unique dual-threat ability could propel him to eventually be the future long-term starter for the Falcons — if Mariota isn’t the next surprise NFL QB for the Falcons.