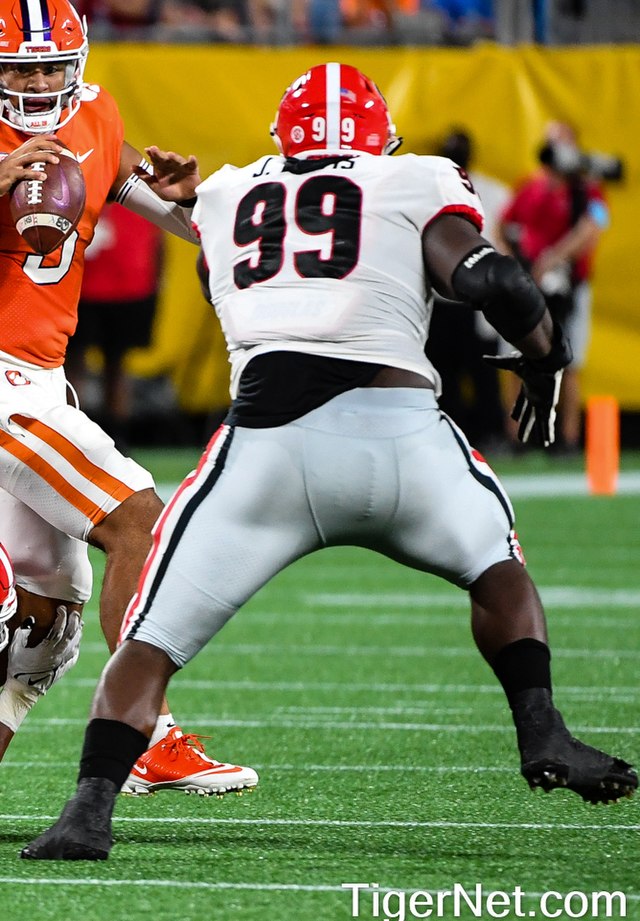 The Philadelphia Eagles traded up to select the behemoth Jordan Davis 13th overall in the 2022 NFL Draft. Davis may be seen with a gifted combination of size (6’6, 340) and speed (4.78 40-time), yet it seems like he hasn’t gained enough praise to be a top-shelf DROY candidate. With that said, I’m going to untwine three reasons why the Eagles rook could win DROY next season.

The Lions pass rusher Aidan Hutchinson will unequivocally attract a lot of attention on a putrid Lions DL as a rookie. Meanwhile, Davis should have a lot of favorable match-ups – as he will be playing next to the superb Fletcher Cox. The NFL world witnessed Von Miller really capitalize off the opportunities he had on the Aaron Donald-led DL. I can’t wait to see teams struggle to block Davis while having a robust plan for the Eagles legend in Cox.

I expect the Eagles to have a lot of success while duking it out in nail-biting contests. Davis will surely have lots of eyes on his team against the Dallas Cowboys (twice a season), Green Bay Packers, Indianapolis Colts, and Arizona Cardinals in 2022. Darius Leonard has arguably been snubbed as a DROY candidate partially because the Colts haven’t been a very impressive team. Davis can absolutely be effective and noticeable on a team that should be playoff-bound.

The DT position may not be as sexy as the edge rusher spot on defense, but it certainly has unveiled a lot of DROY winners. Ndamukong Suh, Sheldon Richardson, and Aaron Donald all won DROY. If a DT can stand out by having a plethora of sacks, they will certainly demand a ton of respect. It would be an understatement to say Davis has the explosive ability coupled with a friendly situation to be a menace against the likes of Dak Prescott and Aaron Rodgers next season.