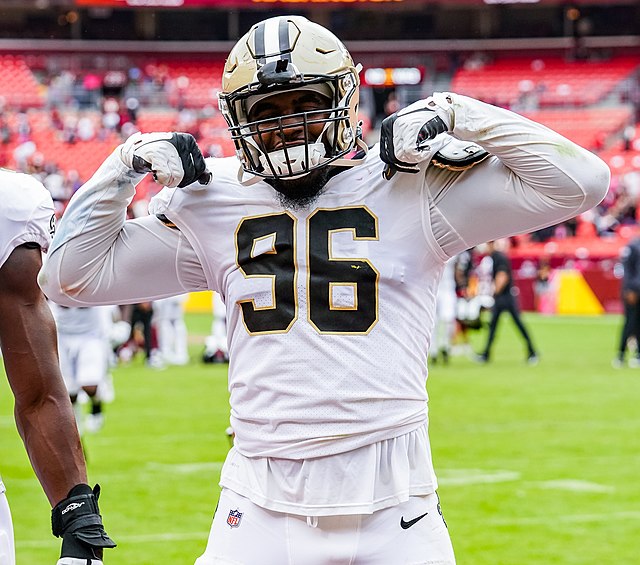 The New Orleans Saints have a loaded defensive line led by the annual Pro Bowler Cam Jordan. The former 2011 first-round pick for the Saints is coming off a 12.5 sack season – as he was also the NFC Defensive Player of The Week in Week 15 and Week 17 a season ago. Jordan, who will certainly miss Matt Ryan in an Atlanta Falcons uniform, should have plenty of gas in the tank for a prominent 2022 season. Nonetheless, it’s pivotal that his younger teammates on the edge can take positive strides soon – as the 32-year-old DE can’t wreak havoc forever.

It’s pivotal that Marcus Davenport, who was called the team’s best defender by Dennis Allen early in the 2021 season, can stay healthy and oust a Pro Bowl-caliber season. Ian Wharton of Bleacher Report pegged Davenport as one of his five breakout players in 2022. Although, it may be a risk for DA to prioritize Davenport – who is a 2023 FA – as he has a long track record of missing ball games (17 missed games in the past four seasons).

With Jordan and Davenport’s long-term outlook a bit of a question mark, it’s very important that the Saints 2021 first-round pick Payton Turner steps up to the plate. Turner was a disappointment last season (1 sack, 3 QB hits), in 5 games to say the least. He has unique power, but he needs to learn from Cam how to improve his pass-rush moves and not learn from Davenport how to stay healthy in year two.

If the Saints can have their best defensive ends stay away from the injury report, they could honestly have a similar three-headed pass-rushing trio as their 2020 unit (Cam, Marcus, and Trey Hendrickson). Outside of the Saints top-three behemoths on the edge, they also have Tanoh Kpassagnon (who quietly had 4 sacks in 8 games in 2021), Carl Granderson (8 sacks in the past two seasons combined), and Taco Charlton (2017 first-round pick). It could be said that the Saints arguably have the most well-rounded DE unit in the league.