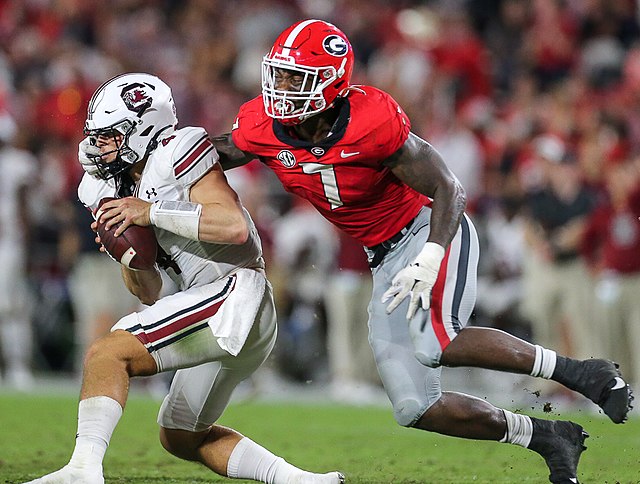 Who is the most underrated DROY candidate?

The NFL is full of surprises – which makes it entertaining year in and year out. With that said, I believe the 2022 DROY could be a surprise winner – as there are many talented rookies on defense. Hence, I’m going to simply untwine three darkhorse DROY candidates in 2022.

I love the outlook for the Packers rookie LB Quay Walker, to say the least. Walker has been quite hard on himself already. Per 24 7 Sports, Walker stated, “That’s the main thing is trying to get my confidence back. Just believing there’s a reason I’m here as well”. Walker will showcase his talents for a Super Bowl contender and he also plays a position (LB) that has show-cased two DROY winners in the past four seasons.

The Bills CB Tre’Davious White may be the best CB on the Bills, but the rookie Kaiir Elam will certainly have a key role in 2022. Leslie Frazier, who was named PFF’s best defensive play-caller by PFF, will help him routinely succeed against opposing WR2s. I also expect Elam to have a ton of opportunities – as opposing offenses “try” to keep pace with Josh Allen.

It’s safe to say that the Vikings had a steal in Andrew Booth Jr. (42nd overall). Booth is expected to shine early, according to CBS’s analyst Chris Trapasso. The first-round talent that was a Day 2 pick will have a pivotal role on a Vikings pass defense that desperately needed help this off-season. Booth should feel inspired to know that Marcus Peters (a popular Top-10 projection) slid to the Chiefs 18th overall and then went on to win DROY.