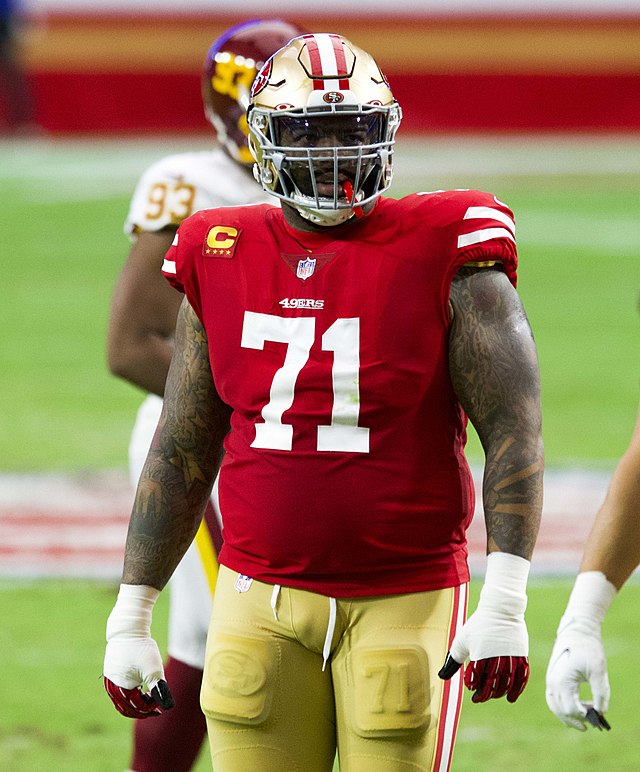 The San Francisco 49ers are recognized for having elite offensive weapons like Deebo Samuel and George Kittle. With that said, I believe they have a terrifying, hulk-like profile on their offensive line that is a bit in the shadow of the 49ers receiving threats: Trent Williams. He is 100% the anchor on an OL unit that was ranked as the 14th best OL by PFF.

Their behemoth left tackle Trent Williams has made the Pro Bowl in each of the past nine seasons. Williams is also coming off his first All-Pro season. His efforts were noticed quite well in the football community, as PFF awarded him a 98.3 grade — which was the highest grade for an OT and the highest grade for any player. He is still human with flaws, as he hasn’t played a full season since 2013.

The other 49ers OT, Mike McGlinchey, is certainly less popular than Williams. Jose Sanchez Ⅲ from All 49ers believes that McGlinchey faces the most pressure in 2022. McGlinchey earned a 69.8 grade by PFF in the eight games that he played. It’s safe to say that the RT’s production in 2021 wasn’t an improvement from his 2020 season — which unveiled a 58.3 grade by PFF. Williams signed a six-year contract worth $138.06 million with the 49ers in the 2021 off-season.

The 49ers x-factor on the offensive line is easily their center Jake Brendel. Shanny has a ton of confidence in him as the starting center. Per 49ers Web Zone, Shanahan stated, “Jake made our team last year as a backup center and if you do that, you better believe that all backup guys have the ability to start. And then when they get that opportunity, how long can they do it for? But we had a lot of confidence in Jake last year to make the team. And if Mack would have ever missed a game or something, we wouldn’t have hesitated and we would have gone into that game very confident with him”. The 29-year-old that shares the same hometown (Madison, WI) with George Kittle should shine with the best opportunity in his career.

It will be crucial that the 49ers OL can stay healthy and excel in pass protection moving forward. The beef upfront needs to help out their second-quarterback Trey Lance as much as possible.