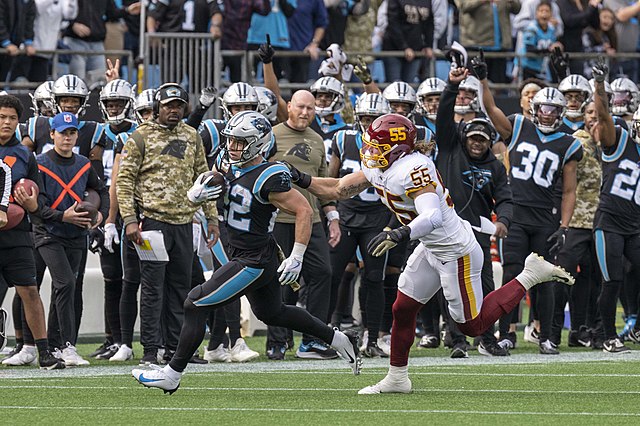 Is Christian McCaffrey overrated in 2022?

The utterly explosive Carolina Panthers running back Christian McCaffrey didn’t have an unearthly rookie season (1,086 all-purpose yards) and 7 total touchdowns, but he did explode in his sophomore season: 1,965 total yards and 13 combined touchdowns. CMAC stole the show in his third season – as he unleashed 2,392 total yards and 19 total touchdowns (which earned him first-team All-Pro honors).

Unfortunately, the story for McCaffrey has been his inability to stay healthy over his past two seasons (as he’s missed 23 contests). With that said, McCaffrey has still been efficient when healthy. PFF gave him an 80.6 grade for his 2021 performance. It’s clear that his presence was vital for the Panthers, too — as they went 4-3 with him and 1-9 without him.

With that said, his health is clearly a factor in why some football fanatics see McCaffrey as an overrated profile. For instance, Chris Canty of ESPN pegged McCaffrey as the NFL’s second most overrated player. Canty stated, “At some point, we gotta stop assigning health to this dude. I’m sorry, he’s a dynamic player when he’s on the field. But he’s not on the field nearly enough. Herm Edwards said it best – the best ability is availability and Christian McCaffrey’s not nearly available enough, could potentially force his coach Matt Rhule to get fired this year.”

I honestly agree with Canty’s take that McCaffrey is an overrated player. He may not be the second-most overrated NFL player, but he is a tad overhyped. It would be an understatement to say that he may need bubble wrap in the 2022 season. It’s also troubling that the Panthers still have a young, medicore offensive line, which was recently ranked as the 24th worst OL by PFF. I honestly love Saquon Barkley’s outlook with the New York Giants more due to the fact that the Giants did a superb job of bulking their OL: as they brought in Evan Neal (seventh overall pick in the 2022 NFL Draft), Mark Glowinski, and Jon Feliciano. I’m not sold on McCaffrey being a rockstar for 13+ games in his current predicament next season, to say the least.