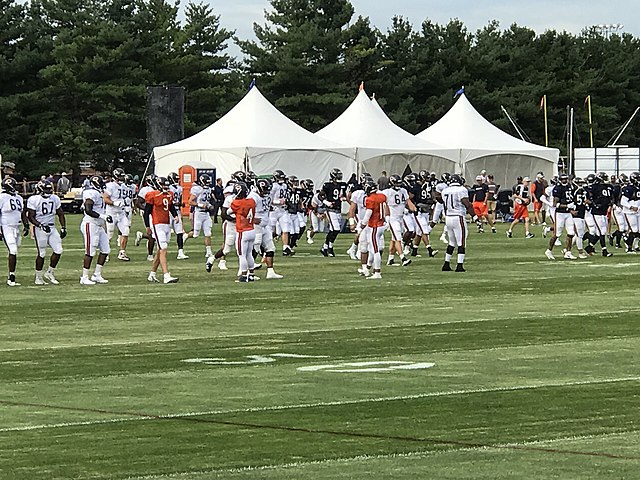 What is the Bears tight end outlook?

The Chicago Bears have a young & talented tight end group heading into the 2022 season. The Bears showcase Cole Kmet, Ryan Griffin, James O’Shaughnessy, and Ryan Jensen at their TE position. Their top dog in Kmet ousted 612 yards and 60 receptions in his sophomore season. PFF handed him a 63.4 grade for his 2021 outing. Although, it should be noted that he nicely showed progress in the back-end of last season. Per The Athletic, he ranked Top-10 in targets, receptions, and yards from Week 9 to Week 18 in 2021. Kmet should garner a hefty extension next off-season if he has a career season in 2022.

O’Shaughnessy (a fifth-round draft pick in 2015) unleashed 244 receiving yards in 2021 (after hauling in 262 yds the season prior). The 30-year-old inked a one-year deal worth $1.2 million dollars with CHI this off-season. Rysen John is the Bears fourth TE on the depth chart. He doesn’t have any career receiving yards or receiving touchdowns.

The Bears certainly need their Jimmy Graham-less TE group to help their offense that has a very young and timid WR group. I fully expect Kmet to be a 1,000+ yard weapon and Griffin to be involved for Fields and the Bears passing offense moving forward.