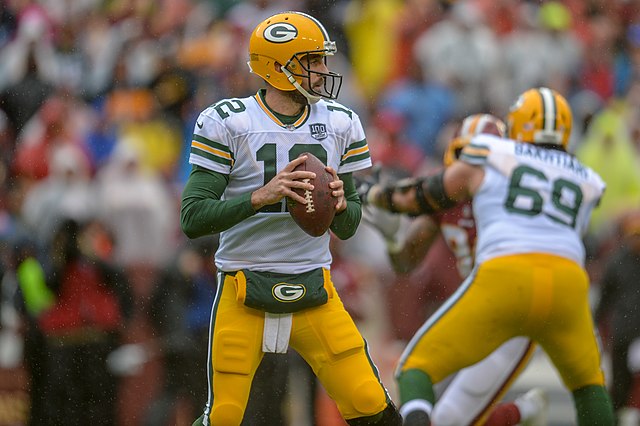 Who is the worst NFC North quarterback?

The 2022 NFL season is less than two months away. We have had Free Agency and the NFL Draft. We are currently in the training camp stage.

The NFC North is not expected to be a widely competitive division, with the Green Bay Packers seen as the favorites despite losing Davante Adams and a fresh change at head coach in Minnesota. The Detroit Lions are seen by many as a dark horse and Chicago Bears aren’t seen as winning any more than six games.

But who has the best quarterback? In the penultimate division ranking, here is a ranking of NFC North quarterbacks.

The easiest choice of the four positions. Rodgers is a back-to-back reigning MVP and is seen by many as the best in the league and most talented of all time.

He may have lost Adams, but Rodgers will find a way to make it work as he always does.

There are some people in this world that make their skill look effortless and A-Rod is one of them. He has a 139-66-1 record as a starter and over the course of his career, he has thrown for 55,360 yards, 449 yards and 93 interceptions. He is a sure-fire first-ballot Hall of Famer.

Whilst he often gets stuck for only making one Super Bowl and having the same number of rings as Nick Foles, there is no doubt that Rodgers is by far the best quarterback in this division.

Whilst Rodgers’ record as a starter is 139-66-1, Even though these records are misleading due to it being a team effort, Cousins’ 59-59-2 is a perfect example of how his career has gone.

If the film Dodgeball was released in 2022, Average Joes gymnasium would have Cousins’ face on it. He has been a constant figure of mediocrity, with fans often pointing out his lack of wins in ‘Primetime’ games.

To put it in comparison, Cousins has only two fewer career interceptions than Rodgers but 226 less touchdown passes. However, he has more to his game than the other two quarterbacks below him.

A former number one overall pick, Goff has not been awful since he entered the league in 2016. He was part of the Los Angeles Rams team that made it all the way to Super Bowl 53 in Atlanta.

However, his relationship with Sean McVay deteriorated and he was traded to Detroit in exchange to Matthew Stafford. We all know what happened afterward.

Stafford proved he was the missing piece in the Rams Super Bowl jigsaw, further damaging Goff’s stock. Despite the Lions going 3-10-1 and head coach Dan Campbell publicly criticizing his quarterback, he still threw for 19 touchdowns and 8 interceptions.

Goff has shown his talent on occasions but never on enough occasions.

Fields has the ceiling to be second on this list in a couple of seasons time but as it stands, he simply hasn’t played enough or to a good enough standard to be considered anything but the bottom of the pile.

He showed flashes during his 2021 rookie campaign but was also playing under Matt Nagy. The hiring of defensive-minded head coach Matt Eberfleus is a worry for Field’s progression. Fields showed during college that he has all the intangibles to become a top NFL quarterback, but right now, he is the fourth best in the division.