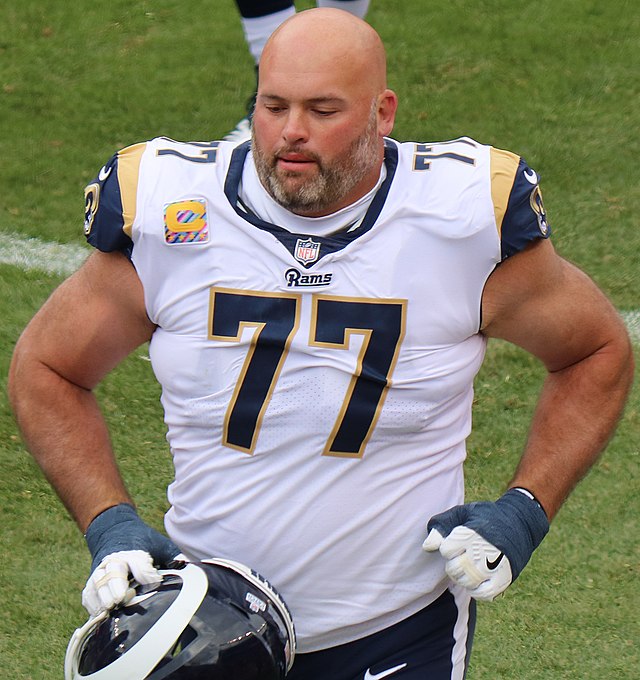 Will Andrew Whitworth make it into Canton?

The athletic behemoth Andrew Whitworth entered the league with the Cincinnati Bengals in 2006. The Thanos clone was a constant brick wall in his football career as an offensive tackle. Whitworth made his first Pro Bowl in 2012 and then continued to blossom in the back-end of his career. He garnered first-team All-Pro honors in 2015 and then obtained first-team All-Pro honors in 2017. In addition to his superb resume, he hauled in his elusive Super Bowl ring w/ Sean McVay’s gang last season.

Of course, Whitworth retired this off-season and it was clear that he really rode off into the sunset. With that stated, there is an intriguing and pivotal question regarding the former Rams All-Pro OT: Is Whitworth a future Hall of Famer?

Contrary to Sean McVay’s unbiased opinion on whether Whitworth deserves to be in Canton, I don’t believe Whitworth should be cast into the HOF. I don’t believe he had enough AP honors (as he had two AP seasons) or SB rings to make up for his lack of AP seasons. I respect that Whitworth played in the NFL for millennia, but I still don’t believe he did enough in his bearded journey to be a greek god-like OL.

The Cowboys OT Tyron Smith is a borderline HOF candidate at this moment, but I expect him to make it into Canton after 2-3 more Pro Bowl seasons. With that stated, Smith already separates himself from Whitworth. They both share two first-team All-Pro nods, but the Cowboys veteran OT made four more Pro Bowls than Whitworth. It should be noted that Whitworth has an SB ring, but I still like Smith’s resume and mark on the NFL a bit more than the long-time Bengals OT. There is no denying that Whitworth was a workhorse, talented, and an inspirational human being, but I don’t forsee him getting into football heaven.