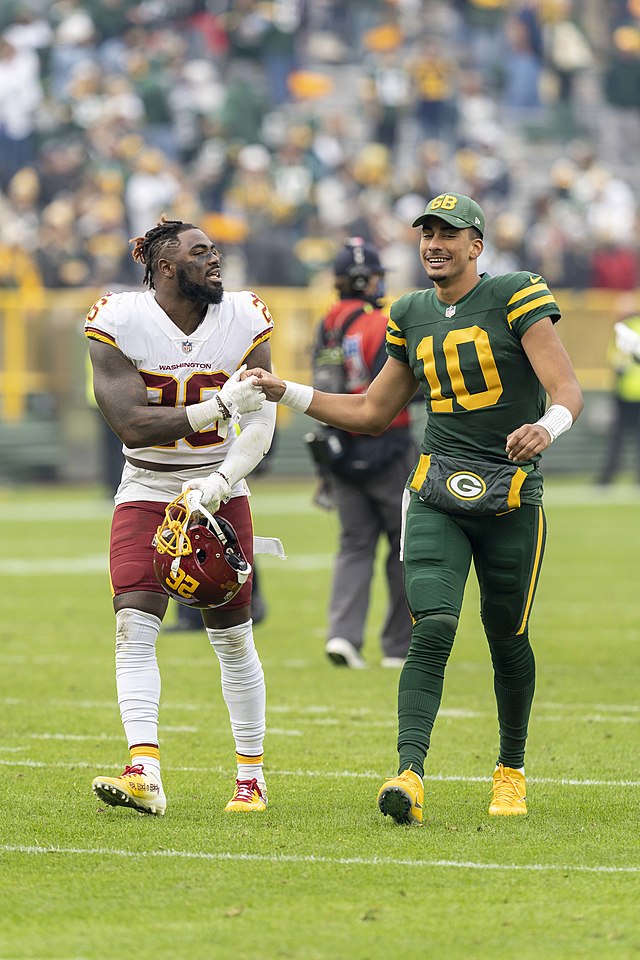 Who is the heir to Aaron Rodgers?

As much as we all like to believe our favorite quarterback will play forever, eventually, that time comes to an end.  All of the greatest players have to end their career someday, sooner or later, and be enshrined in Canton.  Aaron Rodgers is no exception, as great a player as he is, eventually he will step away from the game of football and retire.

The succession of said quarterbacks is the important part, can you continue on the legacy of the team immediately after they retire?  We saw it with Brett Favre to Aaron Rodgers, but who will do the same for Rodgers?  The Packers recently drafted Jordan Love in the 2020 NFL Draft at pick #26, much to the chagrin of many Packers fans at the time, and frankly to this day.

Jordan Love was a project quarterback, most teams knew that entering the draft and knew he would take time to develop.  He had a phenomenal arm, made flashy passes, and was relatively efficient.  The downfall?  He started to have interception issues in 2017 and 2019.  He threw for 3402 passing yards and 20 touchdowns in 2019, but he also threw 17 interceptions to match that.

Is there any chance Love succeeds Aaron Rodgers?

As of right now, things look extremely bleak for Jordan Love, only playing in 6 games and starting 1 in his career to date.  He has thrown for 411 yards on a 58.1% completion rate, with 2 touchdowns and 3 interceptions.  This is certainly not what you would envision when drafting a QB in the first round.

With Rodgers under contract until 2026 technically, things look even worse for Jordan as he may have to wait even longer to get a shot.

The odds of Love waiting until his age 27 season just to get his first season of full-time starting duty is enormously low, essentially none.  His hope may be in going to another team if he does not start this year for at least 5-6 games.  With Rodgers seemingly at his peak still, the likelihood of Love getting a shot is essentially none right now.

There is a chance that a team will take a waiver on him in the coming seasons and see if he can do something over the course of a full season, but for right now, Love is likely not going to be succeeding Rodgers anytime soon.