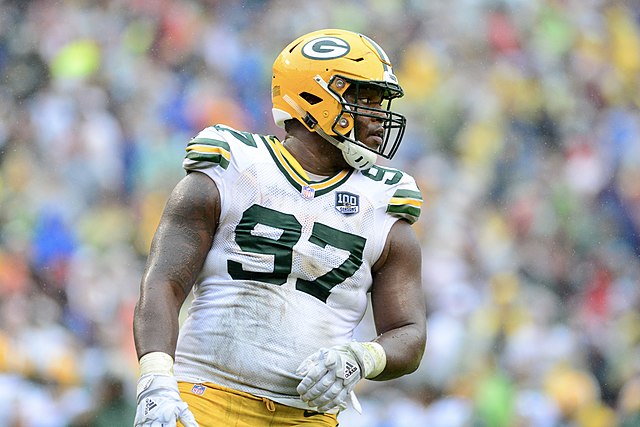 Expect the Packers pass rush to shine in 2022

The Green Bay Packers have their utterly talented, free-spirited quarterback in Aaron Rodgers. Nonetheless, Let’s not forget that they carry a tenacious pass rush on defense – led by none other than Rashan Gary. The former Michigan Wolverine unleashed 9.5 sacks, 28 QB hits, eight tackles for loss, and two forced fumbles in 2021. PFF also gave Gary a very impressive 89.3 grade for his 2021 campaign.

The Pack finished 16th in sacks, but I surely expect them to leap forward mainly due to certain growth from an improved Gary. After he had a career season in 2021, it’s been well-noted that Gary has dominated his opponents this off-season. ESPN has nicely pegged him as one of the breakout performers in the 2022 season.

Besides Gary exhibiting Thor-like strength on the edge, the Packers will also ask Preston Smith, Kenny Clark, Dean Lowry, and Jarran Reed to hunt down opposing signal-callers. Smith notched an impressive nine sacks in 2021 after having a mere four sacks in 2020. PFF also gave Smith an impressive 80.8 grade for his 2021 performance. Smith inked a four-year extension worth $52 million dollars with the Pack this off-season.

Lowry was an impressive interior DL pass rusher last season, to say the least. He unveiled a career-high five sacks, nine QB hits, and four pass deflections in his seventh season as a Packer. Lowry registered a modest 67 grade by PFF last season. The former fearless Alabama DL, Reed, will look to bounce back with the Packers in 2022 – after having 2.5 sacks with the Chiefs a season ago. Reed is undoubtedly the x-factors in the Packers front seven moving forward. Cheeseheads, Bama fans, and Reed’s day one’s will expect him to have a 2022 season similar to his 2018 outing (10.5 sacks and 24 QB hits).

The behemoth Kenny Clark is a menace in the run and pass game. He may not have sexy sack numbers (four sacks and 13 QB hits in 2021), but he can also eat up double teams and help his DL mates punish opposing signal-callers.