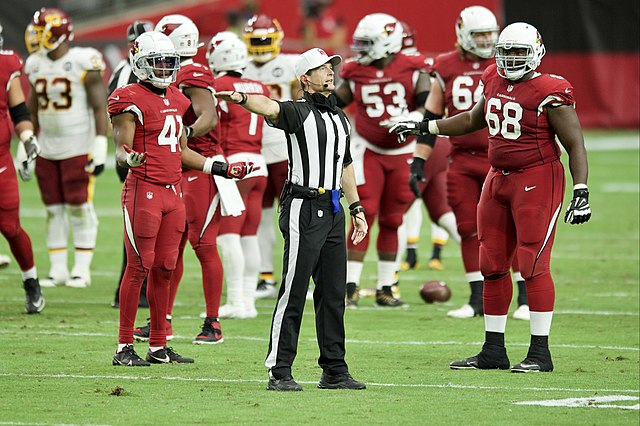 The Las Vegas Raiders plan to release Kenyan Drake – according to ESPN. Drake’s 2021 campaign (543 all-purpose yards & 3 combined TDs) was honestly a regression from his 2020 season (1,092 all-purpose yards and 10 total TDs). Of course, the Raiders will still lean on their RB1 Josh Jacobs to mow down opponents. In addition to Jacobs, the Raiders also drafted Zamir White in the fourth round of the 2022 draft. It’s clear they feel confident enough in their RB room to cut ties with Drake. With that said, I’m going to untwine several potential landing spots for the talented, 28-year-old RB.

The New England Patriots lost their all-purpose RB James White this off-season & it would be wise for BB to ink the versatile, former Raiders RB. The mysterious head coach/GM inked Devante Parker & and it may be time to bring in another weapon. I trust that Drake can be an upgrade over White.

The Tampa Bay Buccaneers are always looking to improve their roster and of course: win the Super Bowl. The Brad bunch has the young Rachaad White and the bowling ball Leonard Fournette, but I believe Drake could still get involved as a pass-catching RB. He may be an x-factor in the Buccaneers pivotal showdowns against the New Orleans Saints.

The Carolina Panthers have the ultra superb RB Christian McCaffrey. However, he has sort of had injury issues over the prior two seasons (as he’s missed 23 contests in the past two seasons combined). Drake could certainly be an excellent depth piece and even a pass-catching weapon on occasion. Matt Rhule and the Panthers can’t afford to take their foot off the pedal in the bloody NFC South.

The New Orleans Saints are the third NFC South team on this list and they would absolutely be a great landing spot for Drake. The Saints carry Alvin Kamara and Mark Ingram, but AK will almost certainly be suspended in 2023 and Ingram may be out the door next off-season, as well. It may be quite intuitive for the Saints to bring in Drake for not only his 2022 abilities but his potential value in 2023.

The Tennessee Titans have a Greek god-like RB in Derrick Henry, but he can’t be the only lone ranger in Nashville. Furthermore, the Titans don’t have the sexiest talent behind him at RB. The Titans RB2 Dontrell Hilliard has registered 447 rushing yards in his career. The arrival of Drake would bring a lot of music to Titans fans ears – especially after their offense lost A.J. Brown this off-season.

The Dallas Cowboys have quietly fallen behind in the Power Rankings this off-season. They have a ton of explosiveness, but I believe they could benefit from the addition of a talented all-around asset like Drake. The playoff gods may favor the Boys if the reigning NFC East champions bring in the former Cardinals RB.

I would really love to see the Cincinnati Bengals ink the explosive free agent RB. Cincy has an unearthly WR trio and Joe Mixon, but they could benefit from an upgrade over Samaje Perine at RB2. The Bengals properly boosted their OL this off-season. I’d still love to see Cincy bring in another toy for their former LSU QB and his improved pass protection.