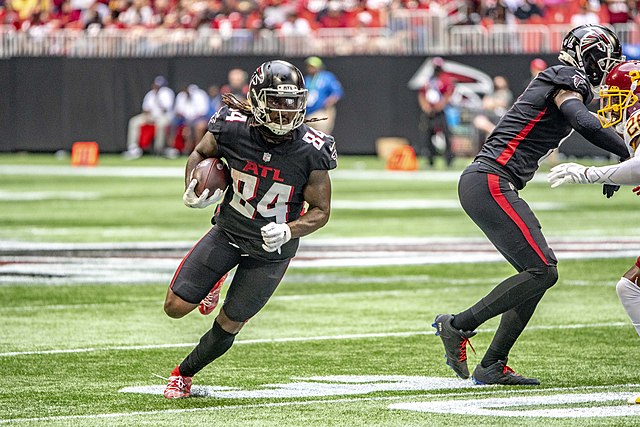 Latest takeaways from the Saints-Falcons showdown

The Week 1 NFC South showdown between the New Orleans Saints and the Atlanta Falcons was certainly a dandy. The Atlanta Falcons had a fourth-quarter lead of 26-10 until the Saints marched back and finished with a miraculous 27-26 victory. It was simply none other than a Thriller —- by Michael Jackson (yes, you need to watch the catchy, generational video below).

With that said, I’m going to untwine five takeaways from the contest that made each fan base wear an oxygen mask in the last quarter. Let’s begin.

Cantguardmike looked rusty and potentially less effective in a Sean Payton-less offense throughout the first three-quarters of the Saints-Falcons game. Nonetheless, it was safe to say he arrived in the fourth quarter by hauling in a pair of critical touchdown catches. I still don’t believe he is 100% just yet.

The Atlanta Falcons two-time Pro Bowl DT Grady Jarrett certainly showed up on Sunday — as he notched 1.5 sacks. He had his way with the Saints OL that was missing the rookie LT Trevor Penning, to say the least. It’s vital that he continues to shine for a front seven that has Deion Jones on injured reserve.

The gifted Marshon Lattimore may have told fellow elite CB Jalen Ramsey, who allowed a perfect passer rating on Thurs. night, to hold his beer. Lattimore made a terrible mistake by holding rookie WR Drake London late in the game and he managed to have an unnecessary roughness penalty on the Falcons last offense drive — which led to the Falcons having a chance to convert a 64-yard field goal.

Cordarrelle Patterson did his best Steven Jackson impression today by mowing down the Saints front seven and unveiling 22 attempts for 120 rushing yards. Patterson also had a bull-dozing TD score – as it was clear that he wasn’t going to be stifled by the talented, yet undersized Saints LB Pete Werner.

I loved the clutch ability by the legendary slot wideout Jarvis Landry today. Landry registered a potent 114 receiving yards on 7 catches. He is clearly going to hurt defenses when they spend a lot of their focus on MT.