5 takeaways from the Steelers-Bengals showdown 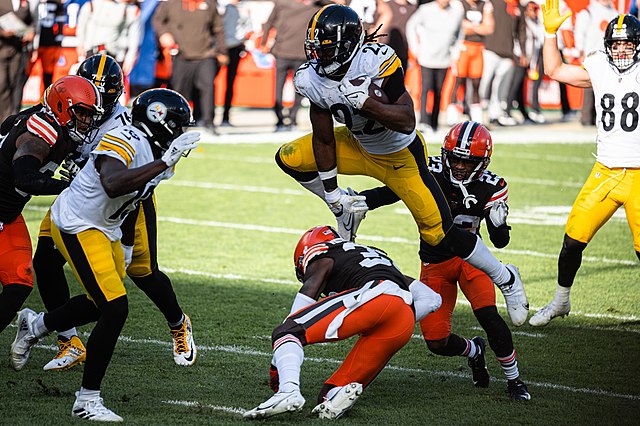 Latest takeaways from the Steelers-Bengals showdown

It could be said that the Pittsburgh Steelers and Cincinnati Bengals have a rivalry similar to the two brothers, Tommy and Brendan, in Warrior. It was certainly a blood-bath between Cincy and the Steelers today, too. The Steelers (somewhat surprisingly) came out with the victory over the reigning AFC Champions (Bengals) in overtime by a score of 23-20. With that enunciated, I’m going to untwine five takeaways from the Steelers-Bengals showdown.

T.J. Watt was one of the heroes in the Steelers victory by way of obtaining a sack and an interception. The biggest storyline for Watt is still his devasting injury that occurred in the contest. The Steelers believe he suffered a torn pectoral — which would likely place him on the sidelines for three-to-four months.

Did Joe Burrow drink the cool-ade this off-season? The Bengals polarizing QB ousted an absolute dreadful four interceptions on Sunday. According to ESPN, he is the second QB in the past 20 years to turn the ball over four times in the first half. His OL didn’t exactly help him – as he was sacked a whopping seven times. I still am confused that Burrow pressured himself into making countless, silly errors. The Bengals were honestly lucky to lose the AFC North showdown by only three points.

Burrow may have been a disaster on the field today, but the other former LSU legend in Ja’Marr Chase had a quality performance (10 catches for 129 yards). The reigning Offensive Rookie of The Year also had a game-tieing TD catch with two seconds remaining.

In a week where Jalen Ramsey and Marshon Lattimore looked half-asleep, the Steelers safety, Minkah Fitzpatrick, played like his true self. Fitzpatrick had a pick-six on Burrow early in the showdown & he also had 14 tackles. Furthermore, Fitzpatrick blocked the extra attempt in the final moments. Fitzpatrick absolutely looks like a darkhorse DPOY candidate at this point.

It was surprising that the Steelers won with a struggling rushing outcome by Najee Harris in Week 1. The Steelers second-year RB registered 10 rushing attempts for 23 yards. Although, he did haul in a touchdown grab from his motivated QB. Unfortunately, he will also miss game-time from an injury (as he will likely miss 2-3 games with an ankle injury).