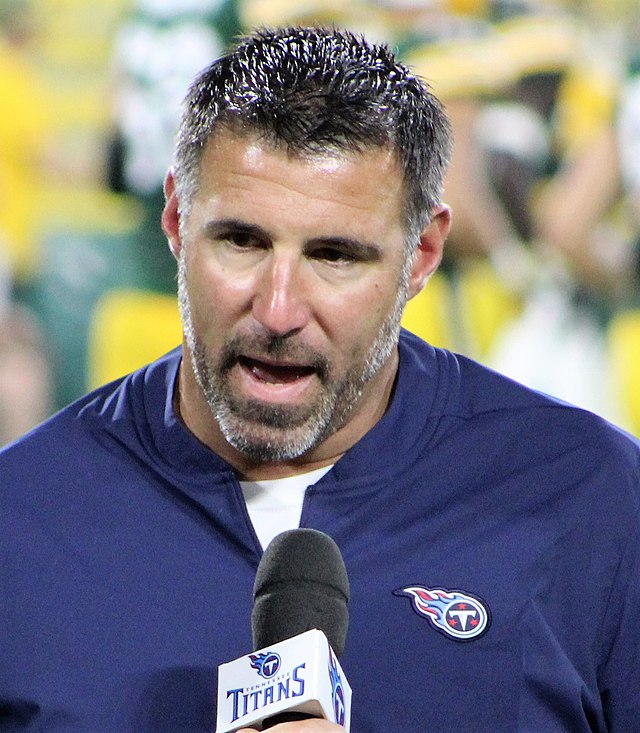 Does Mike Vrabel or Frank Reich have the edge?

The Tennessee Titans may not be an AFC juggernaut, but I still believe they have a slice of their magic from the last season (as they were the first seed in the AFC). The Indianapolis Colts also showed signs of life in Week 3 with their victory over the mighty Kansas City Chiefs by a score of 20-17.

I believe that each AFC South team is led by a scrappy, methodical HC. Each HC has been with its respective team since 2018. Interestingly, the record is 4-4 between the two NFL figures. With that said, I’m going to untwine which ring leader has the edge in the Week 4 showdown & should come out with the Week 4 victory.

The NFL’s arguably best coach of all time, Bill Belichick, was a big fan of Mike Vrabel’s attitude as a player — which says a lot about the mindset of Vrabel. In 2001, BB was able to get his hands on the former third-round pick and the current, bulked-up Titans HC went on to play eight seasons in Foxborough. Vrabel was a key member of a legendary Pats squad & he won three Super Bowl Championships with the hooded HC.

After finishing his rampage as a player, the gritty persona began his coaching journey as LB coach with Ohio State. In 2014, Vrabel began a coaching stint with the Houston Texans & worked with J.J. Watt (and Jadeveon Clowney) to dismantle opponents.

The former Texans position coach that looks like Bane was then given a golden opportunity to be the Tennessee Titans HC on a five-year deal in 2018. Of course, he accepted the gig and was tasked with leading a Titans squad that was coming off a 9-7 record with Mike Mularkey at the helm.

In his first season as an HC, he led his team to a modest 9-7 record (although, they finished third in the division). In 2019 (the year that the first human case of COVID-19 was documented), he also registered a 9-7 record with the Titans and led his team to the AFC Championship game. In the mega-AFC showdown, the Titans faced the KC Chiefs & as widely noted: the Titans beat the Chiefs earlier in the regular season. Well, the Titans, also known as the Derrick Henry train, didn’t manage to sweep Patrick Mahomes — as KC won the contest and proceeded to the Super Bowl Champion.

Vrabel’s consistent dominance continued in 2010 with an 11-5 record & in 2011 with a 12-5 record. Last season, the well-rounded Titans somewhat strangely claimed the first seed in the AFC. Although, their dream season ended in 2021 when they lost to the Cincinnati Bengals in the AFC Divisional game.

Vrabel’s squad is holding a 1-2 record this season, but they are feeling optimistic coming off their first victory against the talented and potentially dysfunctional Las Vegas Raiders. The Titans D gave up 303 passing yards and 2 passing TDs to Derek Carr, but they did have a crucial interception against him. The Titans did a phenomenal job in guarding Davante Adams — as he caught only five catches for 36 yards and a touchdown.

Vrabel understands that it’s vital that he doesn’t sit at 1-3 while looking at the Colts in front of him. Despite mediocre QB play Ryan Tannehill (647 passing yards, 3 passing touchdowns, and 3 interceptions in 2021), Vrabel should light a fire under his team in Week 4.

The Buffalo Bills third-round pick in the 1985 draft, Frank Reich, was assigned to be a back-up to the legendary Jim Kelly. Reich was a backup QB hero when he led his squad to two straight victories in 1989. Reich capitalized on his moment as a QB, but he really didn’t help his team in his other duties — such as the holder. In Super Bowl XXV, Reich was partially at fault for kicker Scott Norwood missing the FG because he had the laces facing right. The shoulder pads version of Reich retired after the 1998 season.

The former legendary Bills QB became a coaching intern for the Colts in 2006-2007. He then proceeded to be the Colts QB coach in 2009 and finished as the WRs coach with the team in 2011. Unfortunately, the Colts and their embarrassing record in 2011 led the entire Colts coaching staff to be axed. Peyton Manning was MIA for the 2011 season.

Reich became the WRs coach with the Arizona Cardinals in 2012, the offensive coordinator with the San Diego Chargers in 2016, and the OC with the Philadelphia Eagles in 2017.

In 2018, the former Colts position coach came home and opted to be the HC of the Colts.

He led his team to a potent 10-6 record in his first year in Indy (which resulted in the Colts reaching the AFC Divisional round). The Colts registered a 7-9 record in 2019, but they bravely returned to the post-season in 2020 with an 11-5 record. Last season – the Colts had a 9-8 record and failed to make the playoffs. Jonathan Taylor proved to be one of the most dangerous players in the league last season (1,811 rushing yards, 18 rushing TDs), but Carson Wentz looked abysmal in Week 18 against the Jacksonville Jaguars with 185 passing yards, 1 passing TD, and 1 interception.

The Colts moved on from Wentz (who has found success with Washington) & asked Matty Ice to be the star field general this off-season.

Ryan was a dud in his first two contests (1 passing TD & 4 ints in his first two games combined), but he bounced back at the right moment against the Kansas City Chiefs in Week 3 by unveiling 222 passing yards, 2 passing touchdowns, and 0 ints. Most importantly, Ryan and the Colts grabbed their first victory of the season last Sunday.

It’s clear that Vrabel and Reich are in more complicated phases in their journey, but they possess the will, experience, and roster talent to be succesful moving forward. The Colts win was more impressive than the Titans victory last week in my opinion, but I believe that Matt Eberflus’s defense was the key reason that Indy won the contest. Ryan has been crisp with the pig-skin — which is in part to the brain of Reich.

With the combination of effort from the Titans defense against the Raiders loaded offense & history of success that the Titans HC carries, I have to give the slight edge to the Titans HC. It’s unclear if the Titans or Colts will make a playoff run in 2022, but I feel that Vrabel is the better mind & sooner winner of the battle.