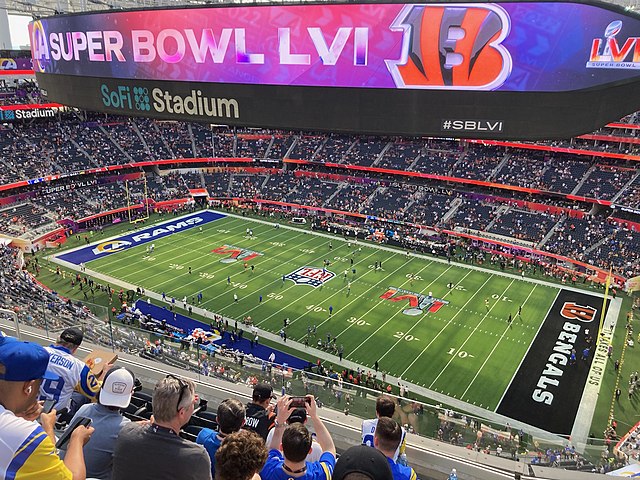 Will Matthew Stafford be cast into Canton?

The mega-arm quarterback under the wiz Sean McVay, Matthew Stafford, is undoubtedly coming off his best single season in 2021. The former Detroit Lions first-overall pick in 2009 registered 4,886 passing yards, 41 passing touchdowns, a 67.2 completion percentage, and an impressive 12-5 record. Most importantly, Stafford was a madman in the recent playoff gauntlet by unleashing 1,188 passing yards, an 70% completion percentage, 9 passing touchdowns to three interceptions, and securing the victory in Super Bowl LVI. It’s safe to say that emperor McVay’s plan of bringing in the highly gifted QB that was underperforming in Detroit to flourish in his scheme went as expected.

It’s clear that Stafford was a magical (and somewhat turnover-prone) QB and it’s widely known that he’s found success in previous chapters of his career. With that said, there is a fascinating, grand question surrounding the Rams QB: Is Stafford a future Hall of Famer?

The answer to my prior question is honestly a yes. It may seem bright in a contradictive way to slam the door on Stafford’s HOF chances after he finally won a Super Bowl ring, but I believe the combination of his 2022 overall campaign & his past career-high moments should eventually cement him to garner a gold jacket if he retired today. Of course, I fully expect Stafford to have many more unearhtly moments with the Rams and be a slam-dunk HOFer.

I anticipate that the former UDFA QB Tony Romo (who is a beloved NFL Analyst for CBS) will land in football paradise. I really like how Stafford compares to Romo. The former Boys QB and current Rams signal-caller have both had six seasons of 26+ passing touchdowns. They both have had a couple of unusually productive seasons. Romo ousted 34 passing TDs to 9 ints with a 69.9 completion percentage in 2014. Of course, Stafford was on another level with Megatron in 2011 by throwing 5,038 passing yards and 41 touchdowns (although, he did toss 16 ints).

I believe it’s safe to acknowledge that Romo has been slightly more impressive than Stafford in the regular season. He sits at ninth all-time in passer rating, while Stafford is 22nd in that category. Nonetheless, Romo doesn’t have a Lombardi trophy in his closet (while Stafford does have an SB ring). Hence, Stafford’s playoff success and regular season stats should place him with similar respect as the trustworthy “regular-season Joe Montana” at this point.