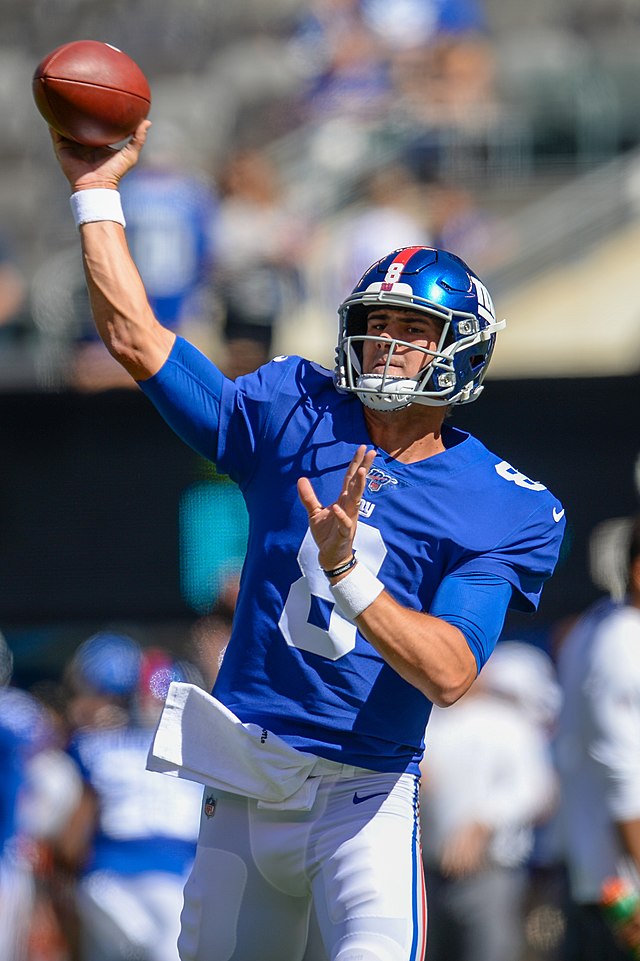 Does Daniel Jones or Justin Fields have the edge?

The (2-1) New York Giants are dueling the (2-1) Chicago Bears at home on Sunday at 1 PM. It would be an understatement to say that the NFL world didn’t expect each NFC team to be sitting at 2-1 after three contests. This will be the first time that Jones and Fields have squared off against one another.

The GMEN are led out by the young signal-caller Daniel Jones, who is unequivocally in a do-or-die 2022 season. The Bears handed the keys to the second-year QB Justin Fields & he’s honestly been having growing pains with some flashes of greatness this season. With that enunciated, I’m going to discuss the pivotal QB spot and project which signal-caller should have the edge entering Week 4.

The 23-year-old Bears QB Justin Fields had an admirable Week 1 performance against the San Francisco 49ers by throwing two touchdowns to one interception & accumulating an 85.7 passer rating. After Week 1, Fields’s magic sadly wore off. He registered a mere 70 passing yds, 0 TD, 1 int, and a 43.8 passer rating against the Green Bay Packers. Fields continued to climb down the ladder in Week 3 by unveiling 0 TDs, 2 ints and finishing with a 27.7 passer rating.

Fields blatantly doesn’t have the sexiest pieces on offense. His starting WRs are Darnell Mooney, Equanimeous St. Brown, and Dante Pettis. Fields does have an underrated TE in Cole Kmet and he finally made his debut against the Houston Texans last week (and he caught two passes for 40 yards).

It’s clear that Fields needs to improve his chemistry & it’s worrisome that there were opportunities for Fields to have a big day with Kmet in their first game together this season.

The starting QB for the not-so-little Giants is Daniel Jones, also known as Danny Dimes. Jones mustered out an impressive 81% completion percentage, 188 passing yards, two passing TDs, 1, and a 115.9 passer rating in Week 1 against the Tennessee Titans. Jones was also crisp in Week 2 against the Carolina Panthers with a 64.7 completion percentage, 176 passing yards, 1 TD, 0 INT, and an 87.4 passer rating.

Last Monday Night, Jones met his maker (also known as the Dallas Cowboys) — as he obtained 196 passing yards, 0 TDs, 1 interception, and a 57.9 passer rating. The worst part is that Jones suffered his first loss of the season.

I don’t expect one of the two complex QBs with the potential to have a very productive performance in Week 4, but I sincerely believe that Jones should have a more successful day than Fields in their battle. Fields has undoubtedly been struggling over the prior two weeks & I wouldn’t be surprised if the Bears turn to Trevor Sieman (while they have a competitive record). My prior statement may sound quite unpopular (especially to Bears fans), but Fields needs to properly utilize his play-makers and put more points on the scoreboard.