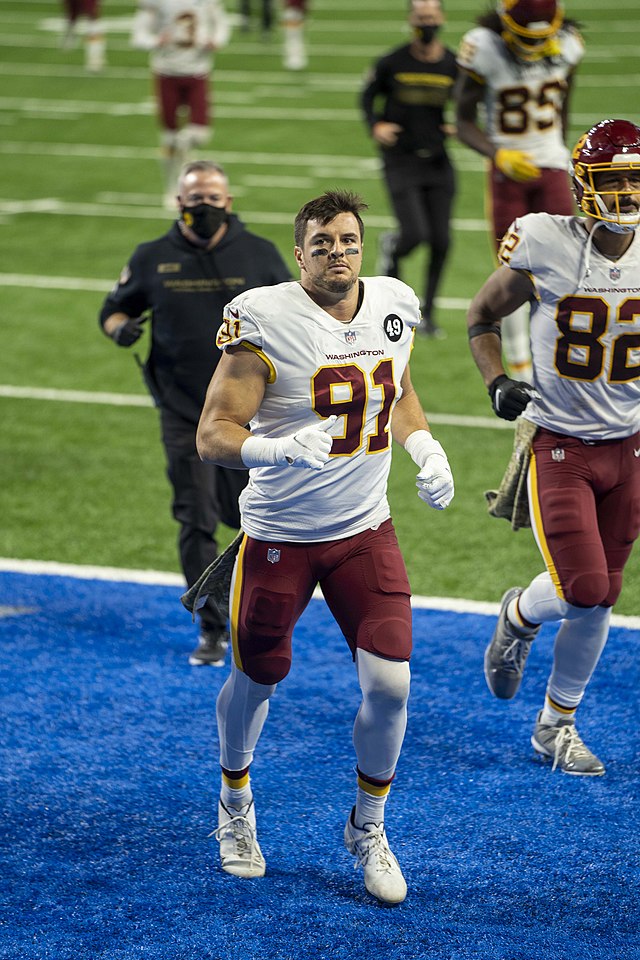 Will Ryan Kerrigan be cast into Canton?

The Washington Commanders legend, Ryan Kerrigan, officially hung up his worn-out cleats last off-season. It’s not a debate that Kerrigan (16th overall pick by Washington in the 2011 draft) was the face of the Commanders defense for millennia. The former Purdue edge rusher showed a heap of promise in his rookie season and then ousted his first Pro Bowl season as a sophomore. In his Washington journey, he unveiled a whopping eight seasons of 8.5 sacks (including four seasons of 11+ sacks). Furthermore, he registered eight seasons of at least 10+ QB hits and seven seasons of 10+ tackles for loss in the nation’s capital.

Let’s not forget his three career pick-sixes in white, gold, and burgundy.

Kerrigan fled to a different NFC East squad in his sophomore season (the Philadelphia Eagles). After having at least 5.5 sacks in every NFL season, he failed to record a mere sack in Philly in 2021. However, it’s undisputed that Kerrigan was a game-wrecker between 2012 & 2018. With that stated, there is a pivotal, intriguing question that surrounds the former Washington defender: Is Kerrigan a future Hall of Famer?

I sadly don’t forsee Kerrigan being cast into football heaven. Kerrigan doesn’t stack up well with Cameron Jordan, who isn’t currently projected to be a Hall of Famer, but only needs 2-3 more seasons of quality play to end in the HOF. Jordan has not only made seven Pro Bowl selections but he also cracked first-team All-Pro in 2017.

Kerrigan also never won a Super Bowl in his lifetime, which will make it hard for him to override his lack of top-end seasons. He may not finish with a HOF speech, but he will certainly be cast into the Washington Ring of Honor. 91 was a thrill for NFL fans to watch and a god in white, gold, and burgundy, to say the least.