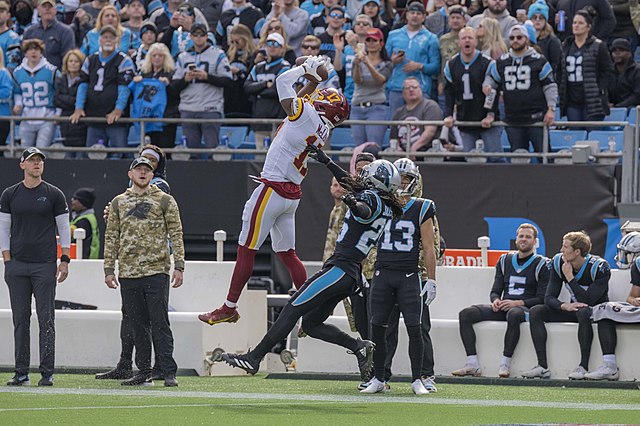 Week 5 was quite intense and even chaotic, to say the least. There was also more clarity of ability from countless figures in fantasy football. With that said, I’m going to take a sharp, unique angle by untwining five flex players to move on from entering Week 6.

Terry simply hasn’t been scary as of late. Terry McLaurin inked a hefty contract extension this past off-season, but he has only notched 326 receiving yards & a mere one touchdown grab (which is really disappointing) in 2022. McLaurin ranks 31st in the league and second on the team (behind Curtis Samuel) in targets at this moment. In dynasty leagues, his situation with Carson Wentz and his 1-4 squad shouldn’t also be deemed sexy.

The injury-prone Michael Thomas can be a borderline 1,000+ yard WR, but I don’t love his ability to be an elite wideout with Chris Olave really climbing the ladder and his QB situation (with Andy Dalton and Jameis Winston) being a bit of a mess. Winston has only thrown four touchdowns to five interceptions & he’s missed each of the past two contests. It’s fair to elaborate that Thomas could be unreliable in chapters of this 2022 season, as he’s usually been MIA over the past two years.

The Chicago Bears don’t have the most powerful offense led by Justin Fields. Although, they’ve witnessed star power from Khalil Herbert (328 rushing yds, 3 rushing TDs, and 5.8 YPC). Herbert’s rise to fame also means that Montgomery is more expendable. Montgomery has had a less-than-favorable 179 rushing yards (with nine catches for 100 yards). He’s also had injury issues already, too. It may be wise to ship out the Bears RB that hasn’t quite risen to become a Pro Bowl player.

The San Francisco 49ers WR Brandon Aiyuk isn’t looking like he will catch up to the speed that Deebo Samuel yields with Jimmy G. Aiyuk is projected to have 806 yards and a mere three touchdowns by ESPN. He’s currently 50th in the league in targets. It may be worth shipping him away to a 49ers faithful, especially in a dynasty league.

Matt Rhule was axed from his squad and it also might be time to give up on Robbie Anderson, too. Anderson has five catches in the past three games & a whopping one touchdown on the season. It’s clear that the once 1,000+ yard WR in Carolina is a shell of himself right now.