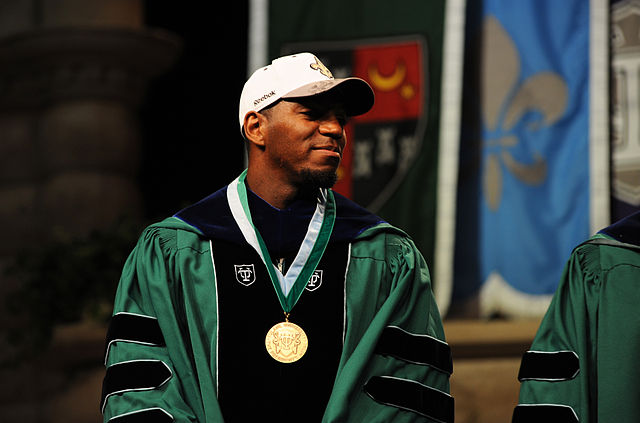 Will Vilma be cast into Canton?

Vilma won Defensive Rookie of The Year in 2004 with the Jets and then secured a Pro Bowl berth in his sophomore season. After his four-year stint in the Big Apple, he went south to the Big Easy. Vilma proved to be a legendary acquisition for the Saints, to say the least. In his second season as a Saint, he punched a ticket to the Pro Bowl, and most importantly: he won a Super Bowl ring with Sean Payton, Drew Brees, and Gregg Williams.

Of course, Vilma resides as a fan-favorite analyst with Fox.

With that enunciated, an intriguing, grandiose question surrounds the former mighty LB: Is Vilma a future Hall of Famer? Vilma was a thumper on defense and a winner with Drew Brees leading his squad. Although, he doesn’t deserve to be cast into football heaven.

The former NFL LB was a DROY winner, 3x Pro Bowler, and a Pro Bowl snub on numerous occasions. His overall production (879 combined tackles, 10.5 sacks, 30 QB hits, 12 interceptions, and 43 TFLs) isn’t Hall of Fame worthy. He didn’t make an abundance of Pro Bowl honors or the All-Pro team, despite winning a Lombardi trophy. He doesn’t stack up well to a borderline Hall of Fame, such as Navorro Bowman. The former 49ers LB was a four All-Pro LB next to the more legendary 49ers LB Patrick Willis. He doesn’t have the same resume as Brian Urlacher or Ray Lewis, but he still should be a close-cut to make the HOF (in my opinion) and he towers over Jonathan Vilma. Nonetheless, Vilma could potentially land in the Saints ring of honor.

Vilma was also surrounded by controversy with the Bounty gate, but he served his time, acknowledged the NFL handed out the right punishments, and it’s clear that countless NFL fans are a fan of his new-found passion with the media. Thankfully, Vilma is also superb at his gig.