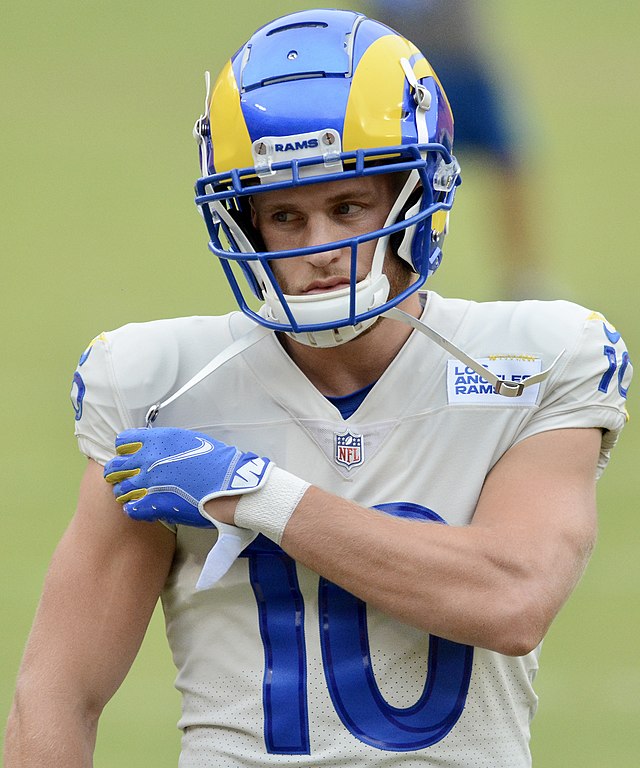 Why are the Rams broken?

The Los Angeles Rams aren’t making Tupac proud, to say the least. After Aaron Donald, Cooper Kupp, Sean McVay, and Matthew Stafford won Super Bowl LVII, the juggernaut Rams squad is sitting at 3-5 (third in the NFC West) in 2022-2023. Despite McVay waking up at 4 AM to arrive at work, his offense has scored 14 or fewer points in five of his eight match-ups this season. The Seahawks QB Geno Smith has been the biggest surprise signal-caller this season, while Matthew Stafford (eight passing touchdowns to eight interceptions) has unequivocally been one of the biggest disappointments at quarterback this season.

Stafford ranks 23rd in total QBR — which is behind Jimmy G (22nd) and even Zach Wilson (20th). Just as Stafford once lit up the stat sheet with Megatron, the connection between Stafford and Cooper Kupp hasn’t slowed down at this stage in the season. Yet, Stafford’s inefficiency & lack of clutch ability have been on full display — regardless of his magic with his WR1.

The Rams QB1 can’t be the sole issue, however. The Andrew Whitworth-less offensive line has allowed the fifth most sacks this season. It’s not fair to ask Stafford to play like his 2021 version when his pass protection has ached against prominent pass rushers in prime-time contests and pass-rushing maniacs in his brutal division.

The Rams OL is a large reason why the explosive, healthy Cam Akers has been a dud. Akers mustered out five carries for three yards yesterday and he’s only averaged 2.8 YPC on the season. The Rams rushing attack (31st in the league) isn’t lethal, which also means that their play-action game isn’t scaring anyone.

The McVay bunch needs to fix their OL issues and ask Stafford to play less like Jameis Winston. They can’t rely on a hail-mary attempt at inking OBJ to fix their offensive woes. Furthermore, it’s clear that Stafford slinging it around the yard to Kupp isn’t steamrolling opponents. The Rams also have to be more creative with their play-calling on the early downs to help their OL. They also have to be more patient with their rushing game (as they rank 32nd in rushing attempts) in the early phases of showdowns, so they can be more dangerous in the back halves of games.

The Rams need to be as sound as possible because their remaining schedule is far from a cakewalk. The Rams battle the Arizona Cardinals (and the Rams could honestly win this showdown), the New Orleans Saints (who recently shut out the Las Vegas Raiders), the golden Kansas City Chiefs, the successful, Russell Wilson-less Seattle Seahawks, the less-than-competitive Las Vegas Raiders, the other below-performing Green Bay Packers, the confusing Denver Broncos, the play-off bound Los Angeles Chargers, and they finish with a tough task against the Seattle Seahawks.

I foresee the Rams defeating the Cardinals, Seahawks, Raiders, Packers, and Broncos — which would place them with an 8-9 record. It will be a tight race until the end for the LAR. It’s gloomy for the Rams ahead, but it’s certainly possible for the LA squad that is having a Super Bowl hangover to squeeze in as a wild-card squad this season.