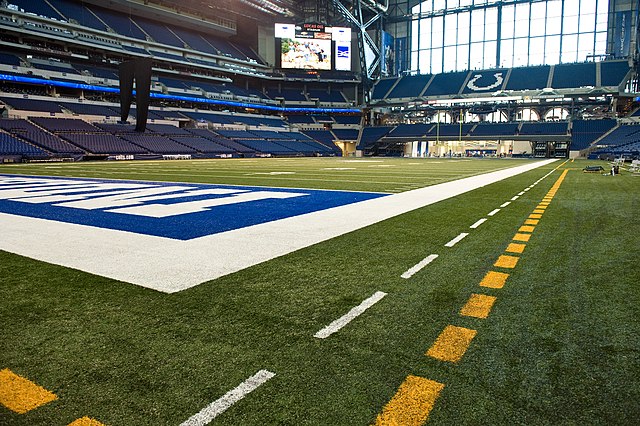 Sharp QB targets for the Colts

The Indianapolis Colts axed Frank Reich & it’s safe to say that Matt Ryan doesn’t appear to be the answer at signal-caller, as well. Matty Ice has thrown nine interceptions with nine passing touchdowns to back it up. CBS Sports rightfully dubbed Ryan as the biggest individual dead money cap charge at this point. As the Colts dream of acquiring a new starting QB1, I’m going to untwine five QB targets for the Colts in 2023.

Lamar Jackson and potentially Sean Payton would be superb fits for Indy. Jackson and Jonathan Taylor would bring headaches to opposing run defenses for ages. Furthermore, Jackson would be able to play opposite a stingy Colts defense (featuring the likes of Darius Leonard, Deforest Buckner, and Stephon Gilmore).

Jackson has the eight-best QB rating this season (one spot behind Josh Allen) & he’s first in rushing yards at the QB spot.

Despite being at the helm of a 6-2 squad, Daniel Jones isn’t unveiling ungodly, Drew-Brees-like stats (six passing touchdowns to two interceptions). However, he’s still been efficient this season w/ an 88-passer rating. He’s also 25 years old and he will bring potential to any team.

Jimmy G (and his chin-line) can still have a fruitful NFL career without Kyle Shanahan in 2023 and beyond. Jimmy G has impressive arm talent combined with a tough injury history. Although, The Colts OL may be able to help Jimmy G stay fresh and crisp for a long time.

Gardner Minshew may just be the best QB2 in the NFL & he will finally be out of the Eagles clutches in 2023. Minshew Mania had a magical rookie season and he even squeezed out a career-best 104.8 passer rating in 2021.

If the Colts don’t want to break the bank for a FA QB, they could rest on inking the underrated, modest QB in Teddy Bridgewater. Teddy B had a .500 record with the Denver Broncos in 2021 — which can’t be said by Russell Wilson. Bridgewater is also gaining invaluable experience under the offensive wiz Mike McDaniel this season.