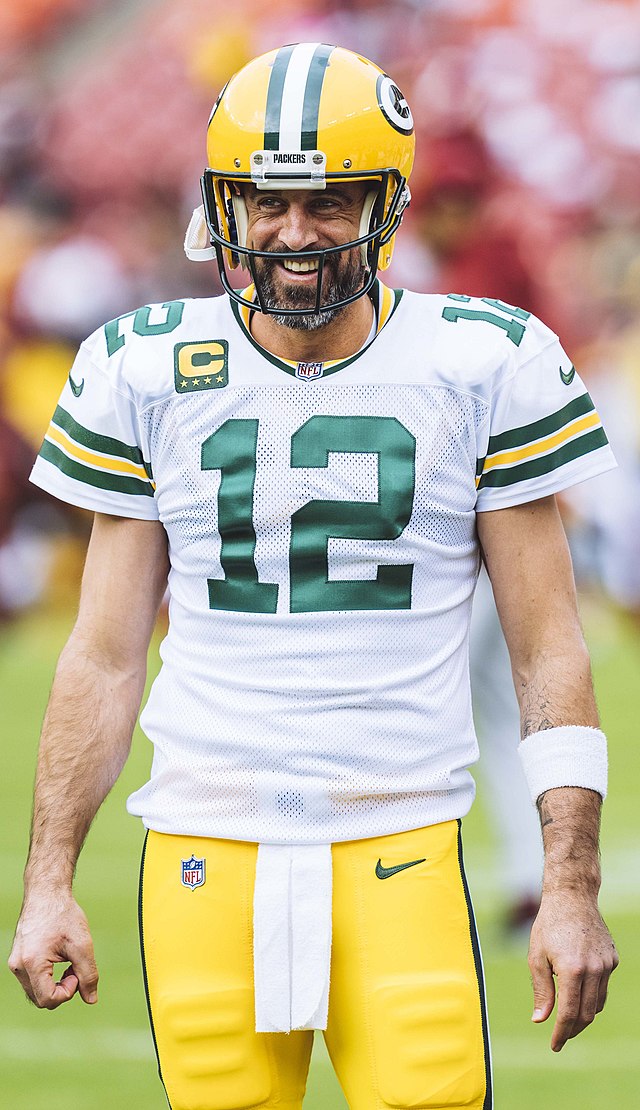 The Green Packers are back to winning ways after a terrible run of form, beating the Dallas Cowboys in overtime thanks to a Mason Crosby field goal.

Green Bay and Aaron Rodgers went into the London game against the New York Giants with a 3-1 record. Despite leading the game 10-3 after the first quarter and leading 20-10 at halftime, they ended up losing 27-22. Until Sunday, they had not won since.

They lost games that nobody would have predicted, including games against the New York Jets, Washington Commanders, and Detroit Lions.

Quarterback Aaron Rodgers has struggled to recapture his form this season, after two back-to-back MVP-winning campaigns.

However, despite their 4-6 record at the time of writing,  they are still ninth in the NFC seeding and just one win away from the San Francisco 49ers who currently occupy the seventh seed.

So, are the Packers Super Bowl pretenders or contenders?

Learning From The Chiefs

If any team is to learn from another who overcame adversity and media scrutiny to make the playoffs, it is the 2021 Kansas City Chiefs.

Much like the Packers this year, the Chiefs went into last season as one of the Super Bowl favourites after two back-to-back appearances.

Despite winning their season opener, Kansas City lost three of their next four and after the conclusion of week seven, they were 3-4. They only went on to lose one more game and finished the season as the AFC West champions with a 12-5 record and would make it all the way to the AFC Conference Championship game.

A second-half collapse in the game prevented them from making a third straight Super Bowl and they should have been there at SoFi Stadium facing the Los Angeles Rams. They showed that you should not crown champions or announce teams to be dead to rights with only half the season game. After all, the New England Patriots often started slowly in Super Bowl-winning years.

This feels the same for Green Bay. Whilst the current 8-1 record of NFC North rivals the Minnesota Vikings means they are unlikely to make the postseason as division winners, a Wildcard Round spot does not appear out of the realms of possibility.

Rodgers snapped back-to-back games with an interception, cutting out ugly plays that was seen in the Lions loss. Rookie wideout Christian Watson finally showed what he could do with Rodgers and this is frightening for the rest of the league.

We all saw his connection with Davante Adams and it is clear Rodgers missed him. There is no better time for Watson to finally come into his own.

There is also the run game, which appeared to bring success against Dallas in Week Ten. The Packers had 39 carries as opposed to just 14 receptions. Aaron Jones led the way, with 138 rushing yards and one touchdown from 24 carries.

There appears to be a change of game plan from Head Coach Matt LaFleur, with Jones running for the most carries in any single game this season. Subsequently, this resulted in his second-highest yards total for any game in the 2022 campaign.

The flip to the run game, as a result, saw Rodgers throw for his lowest single-game completion this season, with just 20 attempted passes (14 completed) against Dallas. He has only thrown for less than 30 attempted passes this season, as seen in the Week Two 27-10 win over the Chicago Bears. Could the run game be the secret to success for any late Packers playoff run?

Their schedule is the one factor that could derail any late-season push in their search for a playoff appearance. The Tennessee Titans, Philadelphia Eagles, Los Angeles Rams, Miami Dolphins, and Minnesota still await.

The Packers have beaten both the Tampa Bay Buccaneers and Cowboys. They will use this as inspiration for their upcoming opponents, but they need to be wary that any slip-up could burst the bubble of any hope of postseason football.

Right now, you would have to still say they are pretenders. After all, it is just one win. However, their game against Tennessee Titans on Thursday Night Football is the true test of whether last Sunday’s win over the Cowboys was a one-off.

Only four teams have allowed more rushing yards this season than the Packers (1,406) and they are seventh-worst in the league for rushing yards allowed per game (140.6). They will not welcome the prospect of playing Derrick Henry this week.

Henry is seen by many as the best running back in the league, and currently possesses the second-most rushing yards this season (923), and only Nick Chubb has more rushing touchdowns than Henry (9). If they can handle Henry and get the win at Lambeau Field, his could be the start of a remarkable run. If they lose, they will be sent straight back down to earth with a reality check.