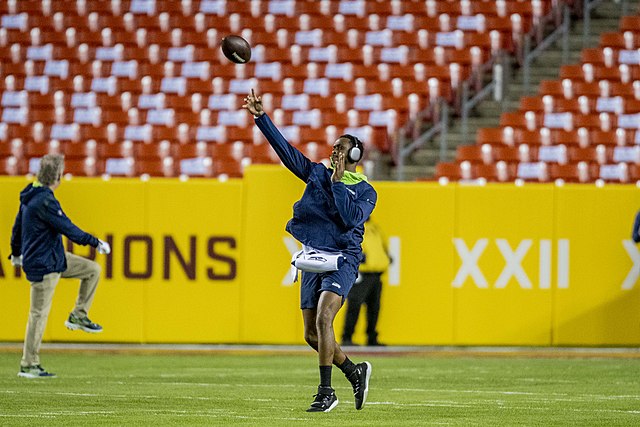 Who is the QB dream target for the Raiders in 2023?

The Las Vegas Raiders may actually move on from Josh McDaniels Derek Carr in the 2023 off-season. Carr has tasted success with Raider nation, but he is the captain of a vastly underachieving 2-7 Raiders squad at this near mid-point in November. Of course, the Raiders may also feel that his contribution to the team isn’t worth his hefty contract. With that enunciated, I’m going to untwine the best overall QB options for LV in 2023 — which may include their current expensive car.

Geno Smith, who may have switched bodies with Jameis Winston this year, may ultimately be the sexiest QB option for the Raiders in the 2023 off-season. Smith won’t be as shiny as 2023 FA QB Lamar Jackson, but he still offers impressive arm talent and some youth to any squad. The Hawks QB1 has unveiled an incredible 72.8%, 2,474 passing yards, 17 passing TDs, 4 INTs, & a 108 passer rating in 2022-2023.

I’m not head over heels about the idea of Mark Davis retaining McDaniels, but kicking Carr out the door. The Raiders are already mightily struggling with the modest arm talent from Carr. If the Raiders lose Carr, then have a 2023 QB situation similar to the 2022 Saints QB group (with a mediocre Andy Dalton and an inconsistent Jameis Winston), it could be disastrous for the Raiders.

Plus, Carr is 31 years old, which isn’t really old in QB years.

I don’t love the idea of the Raiders trying to build a very young QB with McDaniels in the building, but it’s hard to deny the potential of CJ Stroud. The former Ohio State signal-caller has somehow managed to toss 34 TDs to four INTs this CFB season. Hopefully, Stroud doesn’t transition to the professional level in a way that most former OSU QBs did.

It isn’t clear if Daniel Jones or Jimmy Garoppolo is carried more by their squad, but it’s obvious that Danny Dimes will be an attractive date next summer. Jones has merely thrown two interceptions and obtained a 92.7 passer rating thus far. Furthermore, Jones will turn 26 in the upcoming off-season, so he has a plethora of up-side.

The former first-overall pick, Baker Mayfield, shouldn’t be deemed dead in 2023. He certainly has lost his way, but he still has had impressive, long periods of success in the past. Mayfield’s arm strength could dazzle enough with Tae and Waller to override some of his weak abilities.