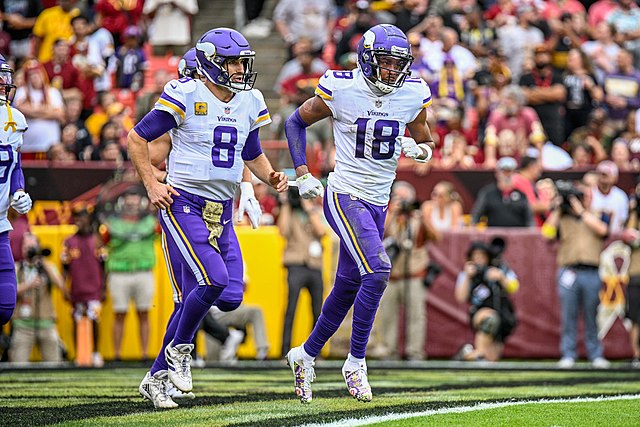 We are back with our Week 11 edition of FRAUDS Of The Week. This series highlights the players who failed their projections the most for the current week. We use Sleepers’ PPR Format for the point system and forecasts. Let’s look back at the players that swung their team to victory this week.

Kirk Cousins disappeared in the Vikings’ blowout loss to the Cowboys. He threw 12 of 23 passes for 105 yards. The Vikings QB had no answers, especially with the Dallas pash-rush going at him with seven sacks. The road doesn’t get easier for Kirk as he faces the Patriots in Week 12 on Thanksgiving.

The Detroit Lions had a game plan focused on stopping Saquon Barkley and the run. Barkley only gathered 22 rushing yards on 15 carries. This forced the Giants to pass with inadequate receivers. Saquon is the #6 ranked RB in fantasy so look forward to him having a bounce-back game against the Cowboys next week.

Justin Jefferson suffered with Kirk Cousins as his QB in the loss to Dallas. Even with a turf toe, Jefferson still played and got three catches for 33 yards. He will face a tough secondary of New England but he is expected to be back to normal for that game.

David Njoku came back to the field after suffering an ankle injury in the previous games. He caught just two balls for 17 yards in the Browns’ loss to the Bills. He did take fewer snaps than normal but the Browns’ staff was probably just being cautious with him. Look for an increased workload when they face Tampa Bay in Week 12.

The Minnesota Vikings didn’t show up against the Dallas Cowboys. The defense looked bad whether it was a pass play or a run play. Tony Pollard dominated with 189 total yards and two TDs. The Vikings’ defense didn’t pick up a single forced fumble, interception, or sack. With the playoff slowly approaching, Minnesota’s defense needs to step up in order to be a Superbowl contender.

Thanks for reading! You can look forward to this series until the end of the season. You can check out last week’s installment of FRAUDS Of Week 10.