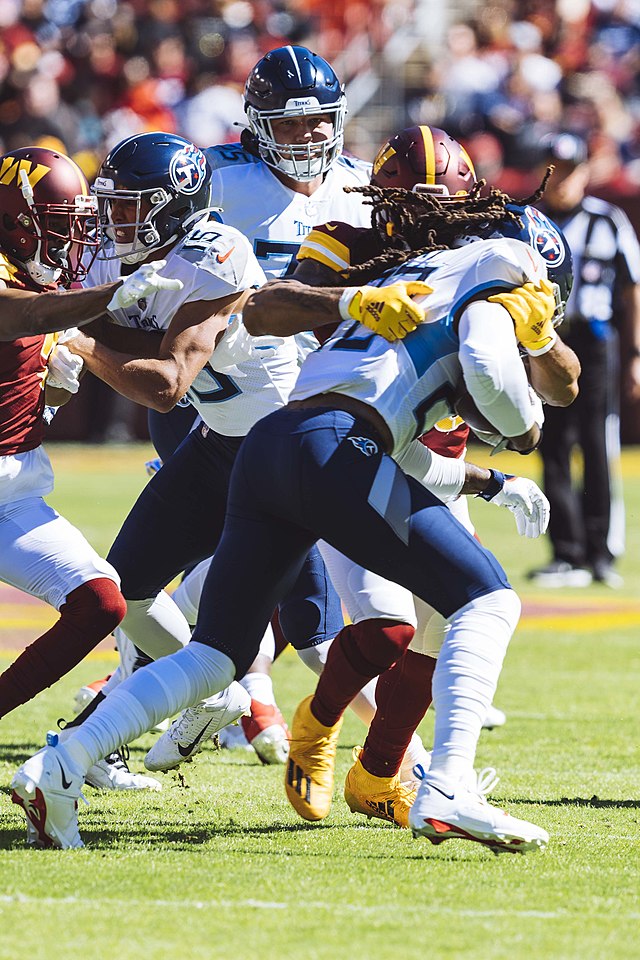 Are the Titans actually a Super Bowl contender?

The Tennessee Titans are currently 7-3, having just beaten the Green Bay Packers on Thursday night. It isn’t unusual for the Titans to be in this position—they’ve won the AFC South division the last two seasons and appear to be en route to accomplish the same thing this season. Despite this reality, many are resistant to thinking much of them when it comes to the postseason. Early exits from the postseason in both of those division title seasons have left a lot of doubters in their wake.

One of the issues with the Titans is the recipe for their success is a limited one. It depends on… Ryan Tannehill. Yep. In order for the Titans to be successful, they’ve got to rely on Tannehill to make important throws. If he’s doing this, it allows Derrick Henry to run wild on defenses and gradually grind them down over the course of four quarters. Tannehill doesn’t have to be a great quarterback in order for this recipe to work, but he does have to be a dependable one.

When the Titans lost to the Kansas City Chiefs, they did so because of the lack of a dependable quarterback when it mattered most. Malik Willis was indeed fair enough for a lot of the game, but when it came down to the fourth quarter and overtime, he couldn’t get it done. Tannehill likely would have been able to make those throws, allowing Henry to close the game out. But it didn’t happen, showcasing again the limited capacity for success the team has.

The Titans are also in good shape on the defensive side of the ball. Jeffrey Simmons is one of the best defensive tackles in the NFL and Zach Cunningham is an unheralded tackling machine. This is another element of their recipe for success. When they’re able to keep games close late into games on account of their defensive play, that’s when Henry becomes even more dangerous, and Offensive Coordinator Todd Downing knows he doesn’t have to rely on throwing the football. This style of football isn’t complicated and is really a throwback to the old-school smash-mouth football. Run the ball effectively. Make the necessary throws. Play good defense. Win the turnover ratio. Good things happen.

Can this kind of play be successful in the postseason against opponents like the Chiefs or the Buffalo Bills, who run higher-risk, higher-reward types of offenses? It can. But it means Tannehill has to be near perfect in his type of play and the defense has to be stout. The Titans are definitely not pretenders, but they do have a smaller margin for error than many other perennial AFC playoff teams do. The question is how perfect they can be in their methods.