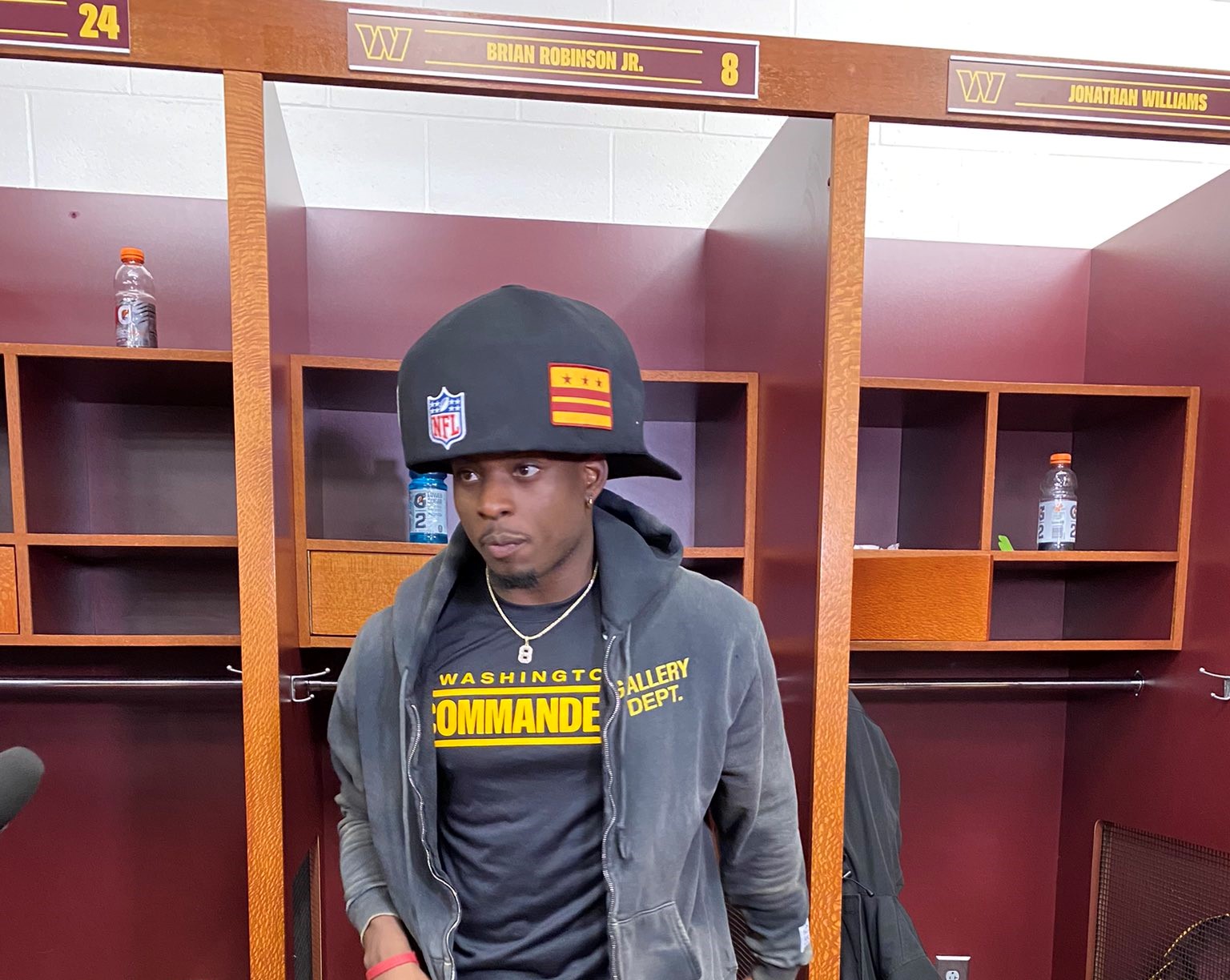 Washington Commanders running back Brian Robinson Jr. has had quite the rookie season. It began with tragedy, as he was shot twice in the leg following a carjacking incident in Washington D.C. back in late August. Miraculously he was released from the hospital the following day and escaped any major ligament damage. Not long after he was back at the team facility rehabbing and working his way back into football shape. He was determined to get back onto the field and running the football for his team.

That time came in Week 5 when the Commanders hosted the Tennessee Titans at Fed Ex Field. Robinson Jr. made his rookie debut and you could see the glimpses of what the former Alabama running back had to offer. He has played in every game since then powering one of the league’s best rushing attacks during that time. He is a big bruiser that is tough to bring down on first contact. In interviews Robinson Jr. admits he hates negative yardage plays and you can see that each time he runs the ball. He is tough to bring down on first contact and has already been featured on GMFB’s angry runs segment.

Fast forward to Week 12 when the Commanders hosted the Atlanta Falcons. This was a big game for both teams as they are both aiming to grab a Wild Card spot in the NFC. Robinson Jr. delivered in a big way bulldozing his way into the end zone on a pass from Taylor Heinicke. He was constantly dragging defenders with him on his way to his first 100+ yard day on the ground. After the game it was all smiles in the locker room as Robinson Jr. debuted his Commanders big hat and broke the internet.

Robinson Jr. had a custom hat made from nogginsports.com which is a popular big hat company. Robinson Jr. says he was supporting a friend and boy did he ever. The big hat went viral and the company even disclosed sales boomed to over 2000% increase due to the buzz. It wasn’t long before other sports jumped on the craze. Washington Capitals forward Evgeny Kuznetsov was seen sporting a custom Capitals big hat and Josh Allen of the Buffalo Bills was seen sporting a custom Thursday Night Football hat after their game this past week. One thing is for sure the big hat craze is not going away anytime soon and if you want in on the craze head over to Noggin Boss to grab yours.