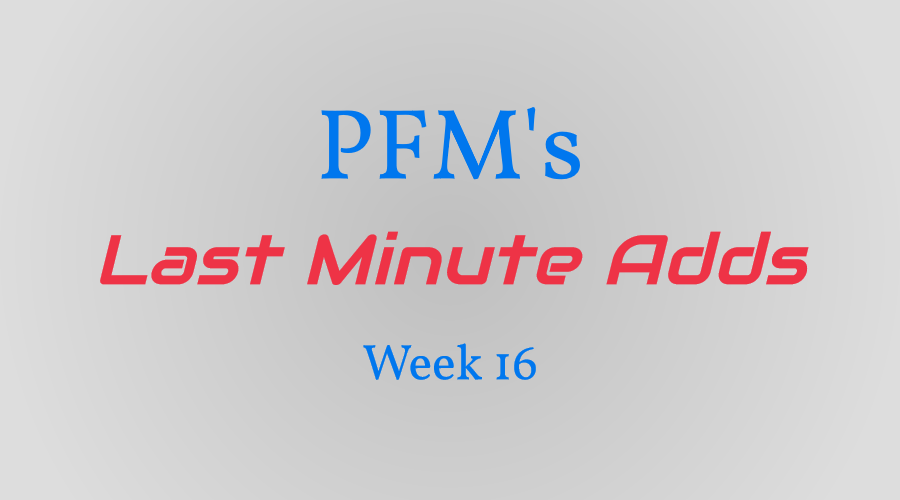 Brock Purdy has been Mr. Consistent and Mr. Reliable for the 49ers ever since Jimmy G went down for the year. In three games, Purdy has averaged about 17+ FP and has thrown two TDs each game. The 49ers have a lot of talent that Purdy relies on and those could easily up his fantasy points. They have a date with Washington on Week 16 and they will fight especially with a chance for the #1 seed still up in the air.

Zack Moss looks like the new RB1 for the Colts especially after the injury to Jonathan Taylor. In the loss to the Vikings, Moss ran 24 times for 81 yards. He faces the Chargers who don’t do well stopping the run. He could be a solid late signing especially with the playoffs ongoing.

The injury to Tyler Lockett will create more opportunities for Marquise Goodwin as WR2. With the Seahawks coming in to Kansas City, look for a high-scoring affair that would benefit Goodwin.

Chigoziem has slowly been getting the call as the top pass-catcher for the Titans. For the third straight week in a row, he has scored 10+ FP. In Week 15, he caught four passes for 54 yards and rushed for six yards. With a matchup against the Texans next week, look for Okonkwo to play well in a must-win game.