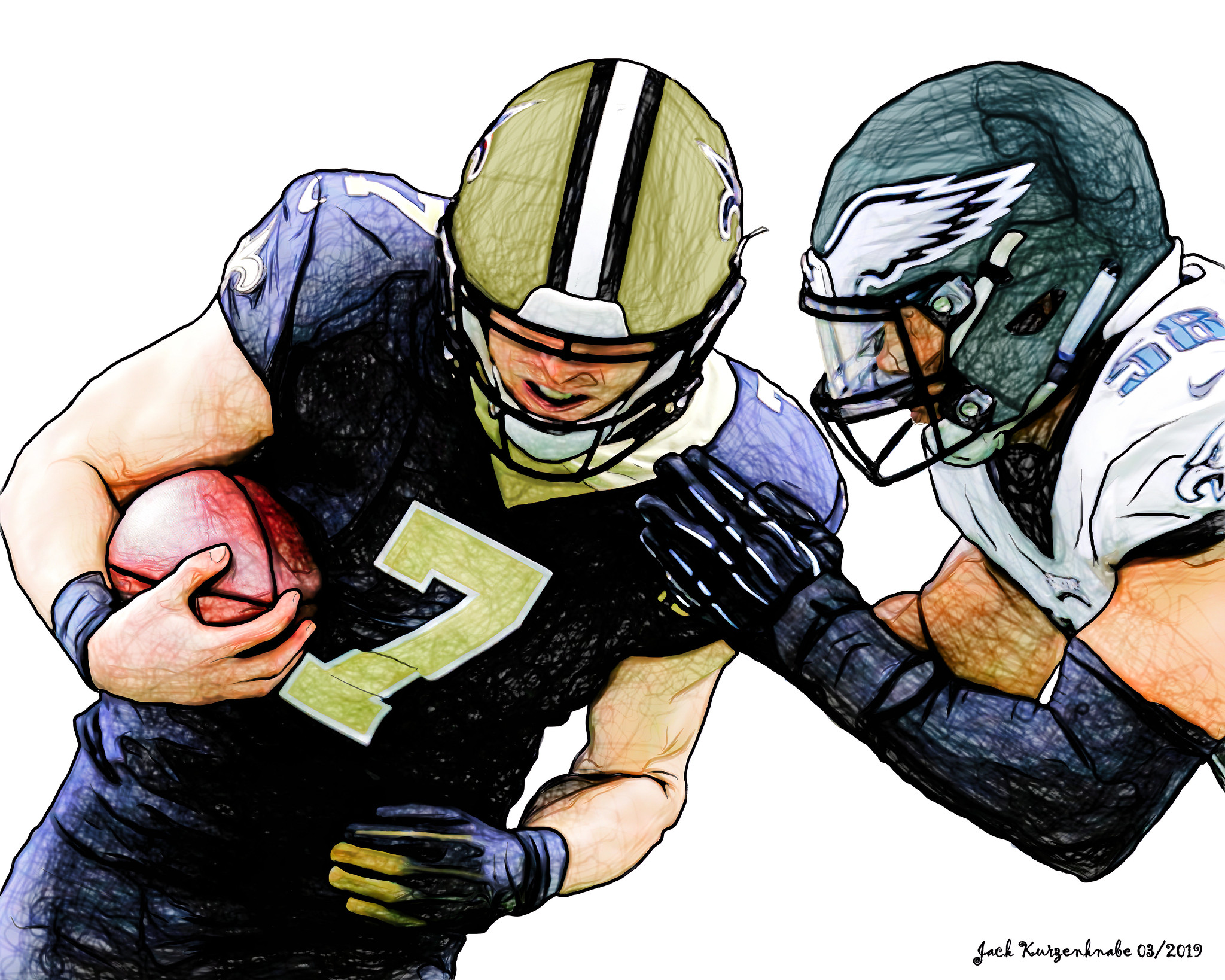 What is the Saints QB outlook?

The New Orleans Saints are heading into the playoffs as the number two seed at 12-4 on the season after beating the Carolina Panthers 33-7 on January 3rd.  Saints are one seed behind the Green Bay Packers and will play the Chicago Bears in the wildcard game this Sunday.

The Saints also finished the season as the only NFC South team to sweep the division 6-0 since the division’s formation in 2002!  This is great news for Saints fans like me, but the real question is no matter how this playoff run shakes out, who will be the starting quarterback when the 2021 NFL season kicks off? As we know, the ageless wonder Drew Brees will soon walk off into the sunset (hopefully with a Lombardi trophy).

Drew Brees, #9, the one who revitalized New Orleans a few years after the city was still reeling from the aftermath of Hurricane Katrina.  Brees did this with a 31-17 win over the Colts for Superbowl XLIV.

Brees has been the leader of the Saints for 15 seasons, and his leadership, work ethic, and dependability has been a staple for New Orleans and Sean Payton.   At the end of Week 10 this season, Brees held the NFL record for career pass completions, completion percentage, and passing yards.

Can anyone doubt this man’s ability or the way the fans and city of New Orleans hold him in high regard and in some cases like a god that has led with vivacious charisma and poise?  Now, what do the Saints do if he retires at the end of this season?  Where do we go from here?  Who will Coach Payton use to carry the torch? This question keeps Saints fans up at night.

This Wild Card weekend, as a devout Saints fan, I wonder if this will be my last chance to see the incredible quarterback play, pass, and point to the Heavens after a touchdown.  I doubt it as I am predicting the Saints victorious over The Bears with a score of 27-20.  The Saints have been down this road before and the last few seasons have come up short, but with Brees potentially retiring, I am riding the Saints all the way to the Super Bowl.

Who will take over?

Currently, the Saints QB roster consists of backups Taysom Hill and Jamies Winston.  In Week 10, Brees was injured and went on IR for 11 broken ribs and a punctured lung.  It was Hill not Winston that Payton leaned looked to for help.

Hill started Week 11 vs the Falcons and threw for 233 yards and rushed for 51 yards and two touchdowns.  Hill played like it wasn’t his first career start in the NFL.  There were definitely growing pains as Hill fumbled and was sacked three times, but he completed 78 percent of his passes and secured a victory.

He continued to propel the Saints with wins versus the QB-less Broncos in Week 12 and the Atlanta again in Week 13.  Week 14 was a different story as the Saints fell to the Eagles yet Hill still threw for 291 yards and two touchdowns and one interception.

Hill’s explosiveness in scrambling, rushing, and often drop back passing is very encouraging and refreshing, but he also ranks as the 25th QB when pressured (sighs).  Hill signed a 21 million, 2-year deal in April 2020 making him expensive but obviously still slated to be a Saint for the 2021 season.  Winston too signed a contract with the Saints in April 2020, but it was only for one year, so he is due to become a free agent.

So, what do we make of Winston’s future in NOLA?  Recently in a Huddle and Flow Podcast interview, Payton seemed to lean that Winston will get another shot at the helm if a new contract is extended through 2021.  Interesting but smart to leave the door open.  Let’s look at other options as well.

There is also a chance that Sam Darnold needs a home if the Jets draft Justin Fields in the first round.  Darnold is a modest QB that needs a real coach, one that will utilize his talents and teach him to reach his full potential.

Could Payton be the coach that Darnold needs?  The Saints are already maxed out on salary cap, but trades and draft picks could be exploited, but is Darnold better in the long run than Winston or Hill?  This fan is not so sure.

The long-term potential of Winston looks more inviting than Darnold since we know Winston can show up if he has a great supporting cast in an offensive line and center and The Saints do.  Another name to add to the mix is Ryan Fitzpatrick.  Yes, he is older and has been on more teams than one can count, but he continues to prove himself time and time again when he gets the start.  Fitzmagic might be a cheap pick up and one to have in the back pocket if Winston is lured elsewhere.

Head Versus Heart and Forever Grateful

That all being said, The Saints should select a QB in the first few rounds of the 2021 draft–a QB selected in a draft that has high potential to be the franchise face for years to come.

Hill is 30 years old and Winston is 27.  I feel that Hill and Winston will battle for the starting role, but I do not believe that either are the long-term answer to replace Brees, they are simply the short-term fix.  Brees has been such an essential piece, and there are only so many quarterbacks that can be successful in their late 30s and early 40s in this league.

My heart tells me Hill will start in 2021 because he has the experience in the Sean Payton system (knows the screens well, protection, and shot plays), but my head tells me it will be Winston because he is more ambitious than before while carrying more talent.

My final piece to all of this is that whoever takes over for the Saints will never be able to hold a candle to the greatness that Drew Brees has bestowed on my beloved Saints and the beautiful city and people of New Orleans.  I am bestowed into my keyboard as I look forward to watching Brees play in all his glory this Wild Card weekend. I will always be thankful and grateful to Tom Benson for seeing his potential and taking a chance on the future Hall of Famer, #9, Drew Brees.