3 QB targets for the Saints in the Offseason 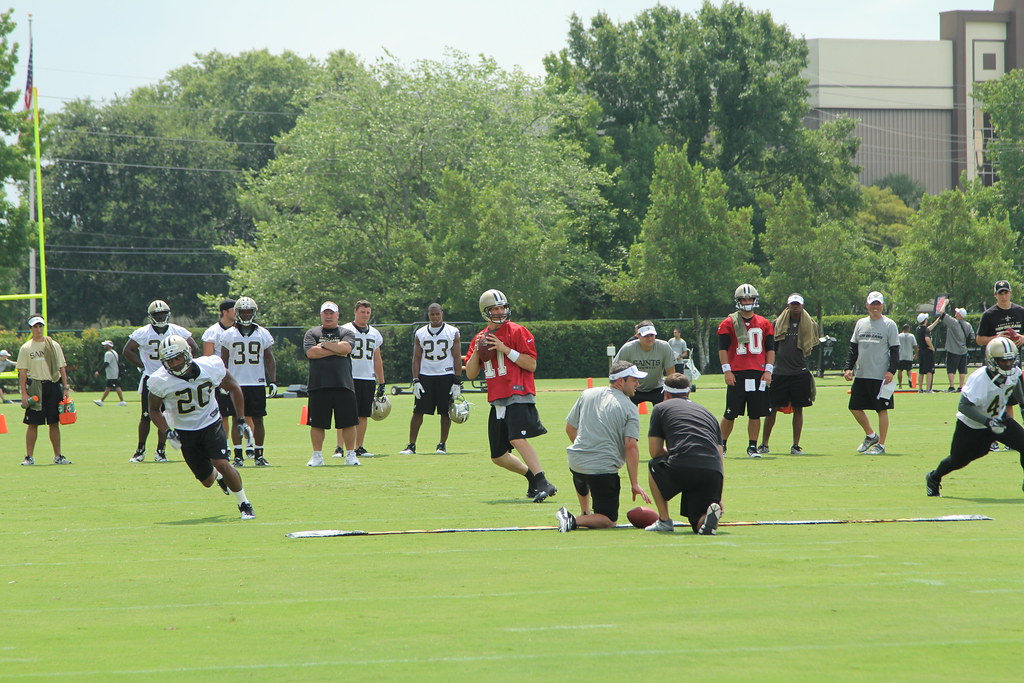 QB targets for the Saints in the future

The New Orleans Saints currently await their playoff game next week vs the Tampa Bay Buccaneers. However, questions surround the franchise about the jeopardy of the QB position next year. Per Adam Schefter, Drew Brees has signed a deal with NBC to be a broadcaster this April. With the longtime Saints quarterback leaving for a new broadcasting job, the New Orleans franchise will have to find his replacement.

This offseason will be crucial for the Saints future. With little to no cap space, the front office will have to find some cheaper options or utilize a draft pick to find their new QB. Although Taysom Hill is signed through the 2021 season, it’s still unclear whether or not he can be a reliable starting QB in the NFL.

Luckily for New Orleans, they have a stacked roster and don’t have to worry too much about filling many holes like other franchises. They can take their time with their decision, whether it be to bring back a former Saints player, draft a rookie prospect, or sign a seasoned veteran. Here are the three QBs the New Orleans Saints should target in the 2021 offseason.

After signing with the Saints last year, Jamies Winston was given an opportunity to take a year to learn behind a hall of fame QB. Sometimes all a player needs is a fresh start, and he may have gotten that with the Saints.

It was disheartening to see Hill earn starting reps when Brees was out for a few weeks with broken ribs. However, Winston may have a home in New Orleans after all where he will have an opportunity to earn the starting role this offseason.

In an interview on the NFL’s “Huddle and Flow” podcast, the Saints’ head coach mentions how the opportunity to join a franchise with the possibility to become the starter the following year is rare. Sean Payton sums it up by stating, “That doesn’t exist. You go to a team and you’re going to look for that opportunity to some time be a starter. He’s going to have that opportunity the minute Drew leaves, and both he and Taysom know that.”

From what it sounds like, Sean Payton plans to bring back Jameis Winston and have him and Hill battle it out for the starting position. If that does happen, I like Winton’s chances to win that job. His final year in Tampa Bay wasn’t the best, but he still put up 5,109 passing yards along with 33 touchdowns.

He’ll also be throwing the ball to Michael Thomas and have Alvin Kamara relieve pressure as the RB. Not to mention, the Saints have a much better offensive line than the Bucs ever had when Winston was under center. Don’t be surprised if the Saints sign Winston to another one-year deal.

Saints Draft Mac Jones, Why Not?

With Alabama winning the National Championship last Monday, QB Mac Jones’ draft stock skyrocketed. For most of this football year, it has been thought that Jones is more of a day two prospect. But after throwing for 4,500 yards and 41 touchdowns this season, NFL teams may be looking to draft Jones sooner rather than later.

However, the reason Jones is such a tricky prospect is due to the fact Alabama has an incredibly stacked offense. With the best offensive line in the nation, Heisman Trophy winner Devonta Smith at wide receiver, and top RB prospect Najee Harris, it’s no wonder Mac Jones played so well.

It’s not like we’ve never seen a team win a super bowl with a mediocre QB before though. Joe Flacco is as average as it gets and helped the Ravens secure a super bowl win. With that said, Jones can excel with a solid group around him which makes New Orleans the perfect match.

Although Jones may not have first-round talent, a franchise with a loaded-up offense could take that risk. AJ Schulte, a writer for Pro Football Network, seems to agree, stating, “Can he be drafted in the first round? Sure, a team like New Orleans, who already has excellent surroundings, could gamble on him and just decide to insert him there to keep the ship running.” Furthermore, the NFL draft is unpredictable and you never really know what to expect. Mac Jones still has potential to be a solid player in the NFL and be a steal for the Saints. Just look what he did in the National Championship.

It has been quite the roller coaster of a year for the Red Rifle. After Dak Prescott fell to a gruesome season-ending injury, Andy Dalton stepped up and took over as the starting QB for the Dallas Cowboys.

There is speculation he will re-sign and continue being the backup QB, however, once the free-agent market opens, Dalton may have some suitors. This year, Dalton played 11 games and finished with 2,170 yards and 14 touchdowns. It wasn’t the most impressive season, however, his efficiency was on par with the rest of his career.

Similar to Mac Jones, Dalton might not be the best quarterback, but with the right team around him, he can excel. Rob Phillips, a senior writer for the Dallas Cowboys, sheds some light on Dalton’s mindset, by stating, “… Dalton also might have starting opportunities elsewhere when he’s scheduled to hit free agency in March — and he believes he can still be a viable NFL starter.” With Dalton still believing he can be a starter, and the possibility Jameis Winston chooses to sign to another team, Andy Dalton could find a new home in New Orleans.