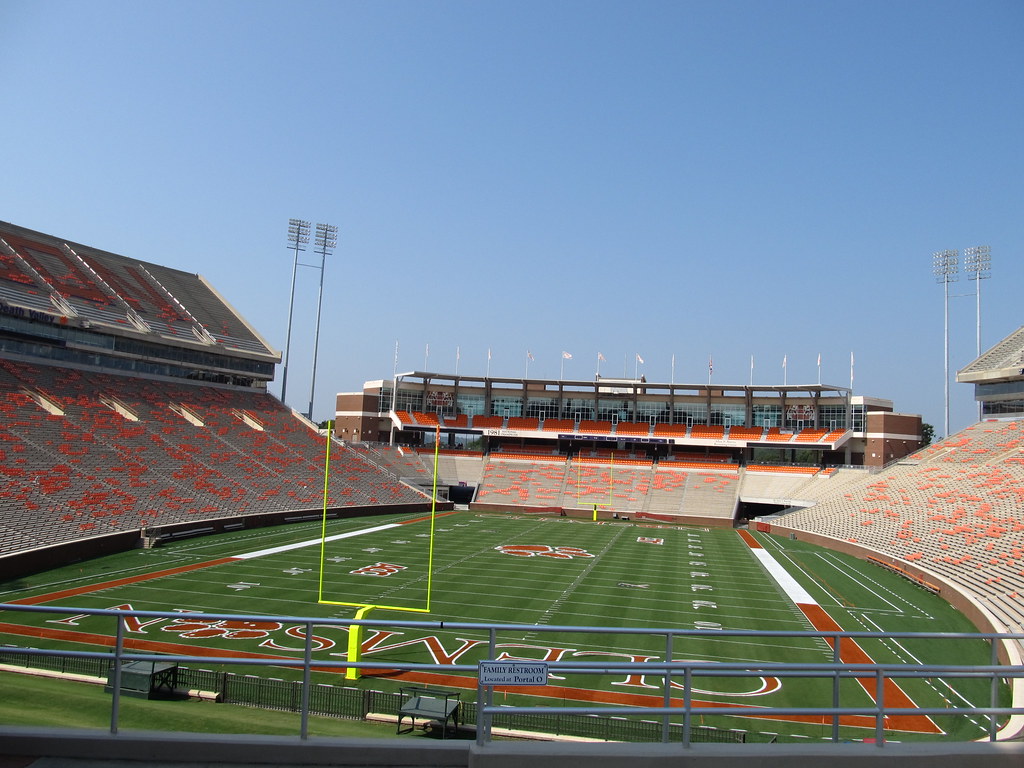 The NFL Draft is only a near few months away. The official date on the calendar marks April 29th as the first round of the draft. Time is ticking and the playoffs are shrinking.

With college football ending and the combine being in doubt for 2021 things are looking shady. It’s even more important to read, to witness, to make sure that you form the best opinions of players you can. At the end of the day, the experts will do all the research in the world and still vary in opinions.

All that matters is how you feel. With the covid factors, football ending, and individual workouts potential not being a thing, it may be the best time to pass not the rookie draft as a whole. But it also opens up the most value. Uncertainty builds value and for the skilled, it opens up opportunities to get a leg up on the competition.

In this article, I’ll be breaking down my few of the top-five fantasy running backs coming out of the 2021 draft class. Make sure to drop a follow and a share to help spread the word and awareness. Now let’s dive in.

This player is by far my most watched back in college football. His electric play style, quick feet, massive body, and smarts for the game of football present the full package for NFL teams. He is a true five-star package that will have scouts, general managers, coaches, and owners begging to draft this guy.

Coming from a program like Alabama just gives Harris the leg up on the competition. Take a look at the recent running backs drafted from Alabama in recent years.

Say what you want about this list but almost every one of these guys finished in fantasy as a top 12 back or better. The only runners on this list that haven’t accomplished a top-12 finish or better are Harris and Yeldon. Harris is only a second-year pro who was active only 10 games this season in 2020 and redshirted in 2019.

Guy’s like Lacy, Richardson, and Henry have all finished as RB5 or better and Henry himself has been a top three runner over the past two seasons rushing for 2000 yards in 2020. Alabama is known for producing running backs of high yield.

But this isn’t about those other guys, it’s about Harris. And man oh man is Harris a monster. In big games, he really shows his explosiveness on display. Take a look at this electric run in the college football playoffs only a week ago.

The winner of the Doak Walker award in college football, look at the absolutely insane vertical and speed by Harris. His quick burst aftering touching the football is flooring. The football skills this guy possesses is off the charts.

During his senior season in 2020, Harris ran for the third-most yards in all of the college football totaling 1387 yards and 24 touchdowns. A true monster. He is a perfect fit for any NFL offense and no matter the landing spot he is by far the number one back in my mind.

Yes, this list is basic. Harris and Etienne are one and two. But really, let’s just keep it simple. These guys are clear and obvious the top runners in the country and should be the first two off the board come draft day.

Etienne is a unit in the passing game and is a game-changer as a pure runner. He transcends any offense in the NFL, he fits all schemes and from day one should be a starting caliber back. As a senior, he was 17th in rushing with just short of 1000 yards on the season. But he did show duel threat capability catching 48 balls for 588 yards and two touchdowns.

Second in the nation in yards after the catch is Etienne. Just unbelievable. I also forgot to mention that not just in his senior season was Etienne productive, but his college career as a whole was impressive. His departure from Clemson will leave them missing the ACC’s all-time leading rusher. Etienne has flashed off great receiving backs like Reggie Bush, Clyde Edwards-Helaire, and many more.

The big body, quick feet, and pass-catching skills have him slotting in as my second-rated back for fantasy in 2021. Depending on the landing spot I could easily see him having a fantastic season like Jonathan Taylor of the Colts.

Coming from a small-time program like North Carolina, Williams didn’t get a lot of attention as a junior. That didn’t stop him from becoming a household name. The young runner ran 157 times during his junior season to the tune of 1140 yards and 19 touchdowns. He ranked sixth in all of college football in total yardage in 2020 having an excellent season.

Williams is a wrecking ball, his frame sits him at 5′ 10″, 220 pounds. He’s a unit, his size and frame presents major problems for defenders. Take a look at this clip of Williams ripping off a big run.

He never goes down on the first contact and his burst of open field speed is special. Williams is sitting at my third best rated back in college football. Depending on the location he could even rise higher. He as well as the two above him should transcend any offensive scheme.

Gainwell is a bit of a spark plug, so he isn’t your prototypical running back. He is a converted high school quarterback turned running back. But man has he looked good in the transition.

Take a look at the stats the sophomore runner produced in his first season in college. 1,459 rushing yards (6.3 avg) and 13 TDs with 51 receptions for 610 yards and three receiving TDs in his first season of playing running back as a redshirt freshman in 2019. An absolute nightmare of a runner.

What makes me value Gainwell is his size. For the same reasons, I love Williams above translate exactly to Gainwell. He is however just a bit smaller standing at 5’11” 195 pounds. He still packs an absolute punch at the position. What he does with his frame is super impressive. He is a decisive ball carrier that is slippery and quick. He explodes through holes and attacks the line of scrimmage with confidence. Willing to lower his pads and challenge tacklers with physicality. Terrific lateral quickness and the ability to make dynamic cuts outside of his frame.

Look at that impressive running style, nearly impossible to tackle on the first contact. Williams’s pass-catching ability is what really catches my eyes. He is a natural pass catcher who does a fantastic job reading screens and extending plays. In college, he was often used as a slot receiver in the offense.

Gainwell is my number four rated back in the draft. He reminds me a bit of what Clyde Edwards-Helaire was. He should offer fantasy value from day one.

Hubbard is debatably my favorite pure runner in the class even tied with Najee Harris. I’m in love with the size the physicality and the bruising nature he brings. I’m just not in love with his pass catching skills. Let’s look at his running skills.

Look at how he fights off contact and just doesn’t go down. He picks up extra yards often with his size. He sits ast6 foot 210 pounds, a massive man to say the least. With such a big man to possess such high-end speed is alarming for linebackers and corners.

One big plus that comes with Hubbard is his high level of patience he possesses. He reminds me of a bit of Le’Veon Bell when he runs. Waits for holes to open hits them quickly and then bursts through the seems. He operates in tight holes exactly how Bell does and looks extremely comfortable doing so.

I really believe that Hubbard might be the best runner in the class and I truly mean that. He just looks the part and that speed is a killer thing for running backs. He is locked in as my number five back as of now. He does have some flaws that can keep him off the field during passing downs but as a pure runner, he can be a huge first and second down runner for a team. When his spot gets decided it’s not out of the question he may move to my RB1 among rookies.