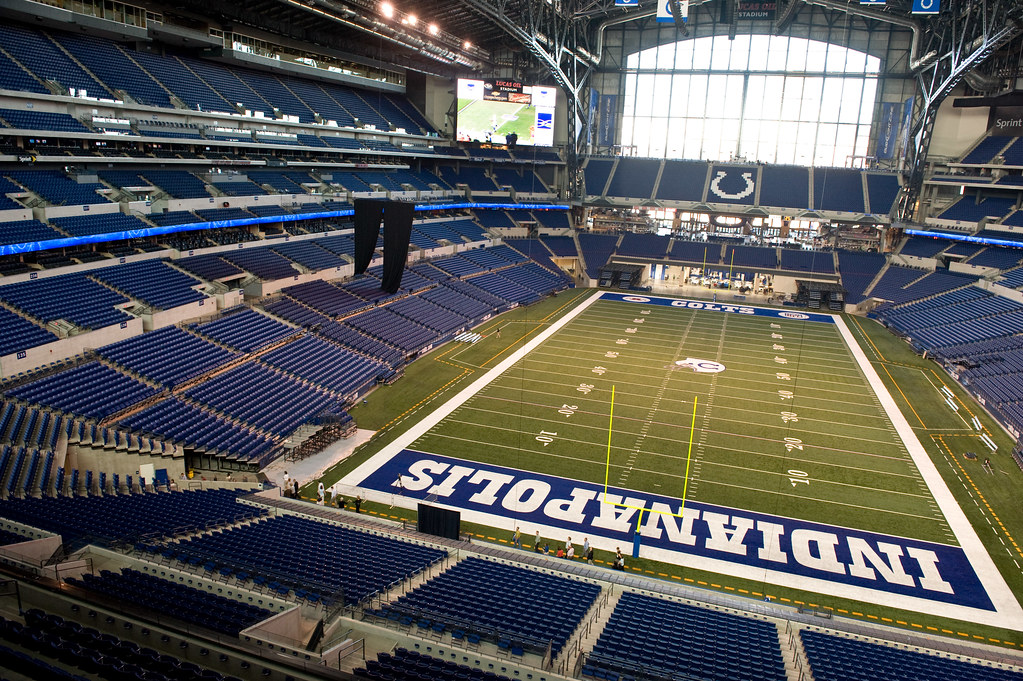 Combination Lock: Five Small School Stars That Are Damaged Most From the Cancelled NFL Combine

With the January 18th announcement that the NFL will forego the tradition format for the 2021 NFL Combine in Indianapolis this year, the task of scouting and identifying prospects for this year’s NFL Rookie Draft becomes even more daunting for General Managers and player personnel staff.  In place of single location in-person workouts and interviews, the method for viewing and deep reconnaissance necessary to finalize grades for these prospects will now be solely based on game tape and virtual participation in Pro Day workouts.

The combine provides a comparison eye test, with all potentially draftable players completing their workouts among their peers and it is that ability to view them against their counterparts that makes the combine a significant stepping stone for players, especially those that do not come from powerhouse programs or conferences.

Pro Days are a more controlled and comfortable set up for players and it is much easier for programs to set their players up for visible success, without the comparative narrative of having them compete side by side with other players vying for draft position. The rigors and competition provided by the combine has allowed a number of lesser known or lesser touted prospects to vault up teams draft boards and secure higher draft positions and higher pay days.  Pro Days have too often become a formality and a number of higher caliber players have even outright declined to participate, after securing their slot in combine workouts.

With all of that in mind, we are going to take a look at a few prospects fr c4 om smaller programs that may be most affected by not being able to differentiate themselves from their positional peers and shake some of the stigmas that smaller school players face from competition questions.  Making matters worse for these small school stars, is that most non-FBS schools postponed or cancelled their seasons due to the COVID-19 pandemic, which could allow FBS players with less potential to leapfrog thes players due to the lack of a sided by side eye test typically provided by the combine.

With an invite to the Reese’s Senior Bowl, Bryan Mills will have the opportunity to match up against big time Wide Receiver prospect DeVonta Smith and Sage Surrat.  In early Senior Bowl workouts, he has shown great press skills and anticipation, which matches his on-paper profile.

As a lengthy cornerback at 6’2”, his 180 pound frame will need bulking up at the next level or he could struggle against bigger bodied receivers on 50/50 balls. However, he has shown to be quite proficient in his ball hawking skills with 5 interceptions and 13 passes defended in his 2019 season with the NCCU Eagles.  Prior to the 2020 postponement of their season, he was named as a preseason FCS All-American.

Mills does have a lower grade on his tackling skills and with game tape against lower competition levels being a determining factor on how well his eye for the ball truly will translate to the next level, he will need a strong showing in the Senior Bowl and a sub 4.55 in the 40 during his pro day, to combat the lack of exposure that he will miss from the cancellation of the combine. As day three projected pick, his talent alone could catapult him into the 5th round if everything goes his way during this period of observation.

Another player that will get to show his skill set in a postseason All-Stars showcase, the Hula Bowl, Volson is a monster at 6’6” and 312 pounds.  His only game plates in the 2020 season was the Trey Lance showcase game against Central Arkansas, in which Volson anchored the offensive line to a 275 yard rushing output.

His strength and physicality are his strong suits and as a run blocker he is above average.  His athleticism is a question mark and could be a detriment in pass blocking and second level blocking which could ultimately move him from left tackle to right tackle.  He did only allow one sack in over 700 drop backs, so his pass blocking skills aren’t without merit, although some of that can be attributed to his athletic QB Trey Lance’s ability to avoid the sack.

He is projected as a fourth/fifth round selection and if he can display his strength metrics during his Pro Day and showcase himself well in the Hula Bowl, he has the makings of a long time NFL starter and potential All-Pro in the right run based scheme.

Slated to be one of the most dynamic players in the FCS for 2020, the cancellation of the season also affected his ability to showcase his immense talent one last time.  Johnson is a speedy deep threat that 139 catches for 2,554 yards and 25 TD in two seasons as a Jackrabbit. Couple that with nearly 1,500 yards in the return game and he will be a highly sought after late round prospect.

With the conclusion of one of the best WR classes of all-time in 2020, Johnson is projected near the back end of another deep WR class in 2021.  Fit will matter greatly, as Johnson’s skill set is not polished enough to slot in immediately as a starting WR.  However, his speed and ability to track the deep balls, along with filling a need as a returner for most teams, will allow him some leeway when it comes to cut days.

There is innate value in players that provide duality for their teams and with that, his ability to likely stick to a roster will provide an eventual; opportunity to showcase his receiving skills. If he’s coached up to get off the press and clean up his routes, he is a player that we could look back to in a few years as a late round steal.

In 2019, Jah-Maine Martin smashed the record for TDs, previously held by Tarik Cohen, with 20 scores.  His 8.3 ypc is no fluke, as he possesses physicality in his big frame and the balance and lateral movement to deflect first contact to get to the second level.  If you watch his tape, he reminds of Marshawn Lynch, with a violent running style and quick movement to avoid big contact and instead deliver it when needed.

His receiving skills weren’t used often, but in those few opportunities, he showed incredible adjustment to off target balls and seamless transition from catch to run. There is no reason to believe that he can’t be a true third down back in the NFL.

With NFL teams transitioning into a next man up or at a minimum multi-back attack, Martin will fit in a number of schemes and be ready for a significant workload early. He has all the makings of the next James Robinson type and the combine would have been a perfect opportunity to shed any doubts from competition level and a year off.

Off the field issues derailed the former four star prospects’ promising career at Michigan State, but he was able to pick up where he left off in his first season with Texas Southern. On a winless TSU team, he put up 72 catches for 1,039 yards and three scores.  His big play ability is legitimate and his speed and length makes him a threat on all levels of the field.

Out of all of the guys mentioned in this article, his exposure to and success in Big Ten football helps him dampen the impact of his recent tape being form the JUCO and small school ranks. Again, his off the field issues will weigh heavily on the minds of scouts and he could have benefitted well from being able to interview face to face Indianapolis and potentially show maturity and contortion from a bad situation that he created.

His talent and ability to be a big bodied middle of the field receiver will get his name called on draft day.  It will likely be late, without the opportunity to match up against the class of the draft, but this is a name that needs to on everyone’s minds as a guy that should crack a two deep early on in his career.