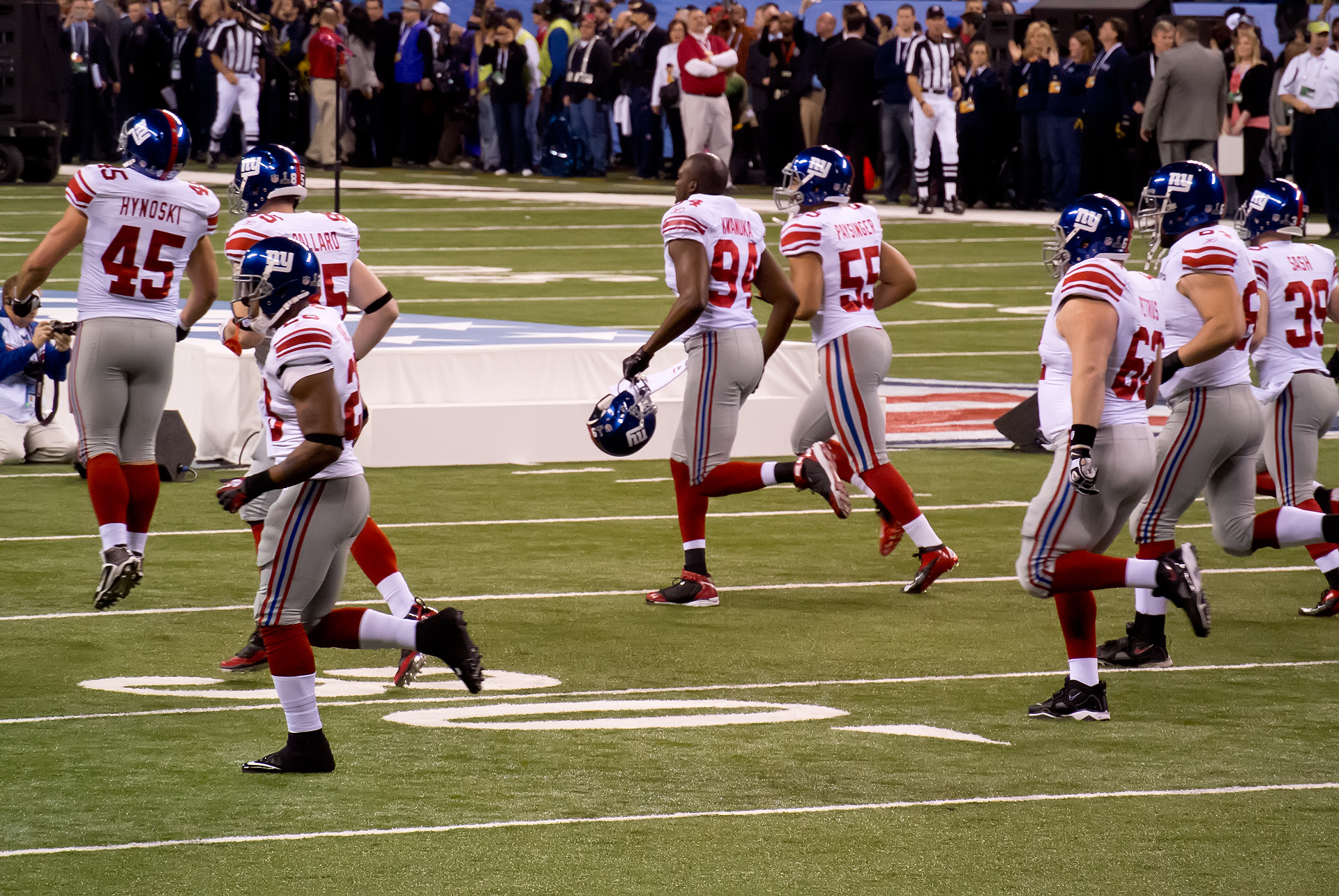 One of the top free agents for 2021, ESPN.com has defensive end Leonard Williams ranked as the 3rd best available free agent in this year’s class. In an increasingly pass happy/quarterback-centric league having an elite edge defender is becoming more important than ever — that is if you want to have any shot of defeating the Tom Bradys and Pat Mahomeses of the world.

Williams — the No. 6 pick in the 2015 draft — is just 26 years old and has missed only one game in his six-year career.  In 2020, he finally had the breakout campaign we’d all been waiting for.  Under first year Giants’ defensive coordinator Patrick Graham, Williams accumulated a career high 11.5 sacks along with 30 QB hits and only 2 missed tackles.  He, along with fellow defensive linemen Dexter Lawrence and Dalvin Tomlinson, were a formidable force for a young and ascending Giants’ defense in 2020.

Graham had this to say about Williams, “The thing that stands out for me with Leo is his personality is infectious. The energy, the way he attacks it. He’s taking the coaching to heart that Spence (Sean Spencer) gives him, that Joe (Judge) gives him. He’s just really being a sponge in terms of trying to learn football. Trying to perfect his craft, trying to become the best NFL defensive linemen he can be. Part of that is if you want to be the best, you have to realize that you’re not there yet. No matter what year you’re in in your career. He’s attacking it like that I believe.”

But going into 2020 the jury was still out on Williams.  Being such a high draft pick comes with lofty expectations.  And in 2019, when Giants’ GM Dave Gettleman traded a 2020 third-round pick along with a 2021 fifth round pick to the Jets for the previously underperforming Williams, it upped the pressure on him to finally put it all together.

Now that he’s finally elevated his game, Williams is looking at a very nice payday this offseason.  But if you think the man is just one of those players whose only motivation is money, you’re dead wrong.

“I’m not going to lie, going into this season, throughout the season, at the end of the season, it’s never been about money for me,’’ Williams said. “I was kind of drafted high, made a lot of money already in my career. I feel like I was smart enough and I could retire now and still have enough money for the rest of my life, but it’s never been about the money. I think I just more wanted the respect and to show guys the reason why I’m in this league.’’

An elite level pass rusher right at the beginning of his prime, Williams has never played in a playoff game.  I imagine playing for a playoff contender will be a motivating force in deciding what team he wants to sign a long term deal with.

But before we get into what teams may be willing to spend big to bring Williams aboard I believe we need to understand the current cap climate in the NFL.

According to longtime NFL executive and current nfl.com analyst Scott Pioli, the salary cap situation in the NFL for 2021 is going to be a precarious one.

This will play a big role in not only which teams are in play for big money free agents, but also how much money some of these free agents will get.

Fletcher Cox of the Eagles set a standard not long ago with a six-year deal worth $102 million ($17.1 million average). Cox, 30, had 39 tackles and 6.5 sacks last season, both far below Leonard Williams’ output.  Meanwhile, Williams played in 2020 on the franchise tag of $16.1 million. I’d imagine he’ll command anywhere between $17 and $20 million in the open market this offseason.

To predict where he may go I looked for teams that are potentially playoff-bound over the next few years, who also have a decent amount of cap space, and are in need of an edge rusher.  While there are a number of teams that fit the bill, I settled on three of the most likely landing spots that make the most sense for everyone involved.

According to OvertheCap.com, the Colts have $64.8 million in available cap space.  Of course they have more pressing needs — like finding a starting quarterback — but they also could use someone to pressure opposing quarterbacks.  Putting Leonard Williams alongside DeForest Buckner on a defense with a solid secondary and one of the best young linebackers in Darius Leonard would immediately make the Colts an elite level squad.  They were already a top 10 defense in 2020.  Williams would make them the kind of defense that can carry a team to a Super Bowl.

Including 2020, Indy has made the playoffs twice in the three seasons that Frank Reich has been head coach.  They also have a great core of young players on both sides of the ball and play in a division with both the Texans and Jaguars.  So getting to the playoffs again in 2021 is well within reach.

If Williams wants to play for a contender with deep pockets and a promising future, the Colts could be on the edge rusher’s wishlist.

Cleveland GM Andrew Berry has shown in the past that he’s not afraid to spend in free agency.  In the 2020 offseason, the Browns added some free agents, but focused mostly on their offense.  The plan worked well as the Browns made their first playoff berth since 2002.  But the defense definitely regressed as a whole.

Focusing offseason resources on the defensive side of the ball would go a long way at keeping the Browns in playoff contention in 2021.  They already have some nice pieces with all-world edge rusher Myles Garrett and safety Ronnie Henderson, but those guys could use some help.

Can you imagine a pass rush with both Myles Garrett and Leonard Williams attacking opposing quarterbacks?  That would be fun to watch… unless you’re a fan of the opposing team.

This young Browns team seems to be buying into head coach Kevin Stefanski. And the fan base is thirsty for more January games after getting a taste of it in 2020.  Williams taking his talents to Cleveland could be a good way for him to finally get to play in a postseason game.  And the Browns have $17.9 million in cap space.

It’d be quite the investment in their defensive line, but adding Williams would make the Browns pass rush one of the most feared in the league.  One that can help get them past the divisional round of the playoffs in 2021.

Ultimately, there’s no better suitor or more likely destination for Leonard Williams than the team he’s spent the past season and a half with.  We’re talking about the team that paid a hefty price — giving away valuable draft capital — to acquire him mid-season 2019 when they had no reason to make that move.

GM Dave Gettleman cannot let Williams get away.  There’s no way Gettleman will come away looking at all competent if Williams isn’t in a Giants’ uniform next season.  The New York media — and sports world in general — would be even more viciously critical if he screws this up.  Thing is: I’m sure Williams and his agent know that.  And after accepting the franchise tag at $16.1 million last season I’m going to go out on a limb and guess that Williams would expect the Giants to pay something north of that number to retain his services.

Giants Defensive Coordinator Patrick Graham has built his defense around Williams’ strengths.  And he’s played to them as well moving Williams around the defense.  Graham has him playing three technique, five technique, and also playing outside. He’s really endeared himself to his Giants teammates with his work ethic and infectiously positive attitude.

While the Giants aren’t a lock for the playoffs in 2021, they play in a weak division and are definitely trending in the right direction after handing over head coaching duties to Joe Judge prior to the 2020 season.

Current estimates (before the NFL 2021 Cap is announced) have the Giants at about $23 million under the cap, possessing the 13th-most cap money in the league.  While the Giants have some financial decisions to make, they should be able to afford the $20+ million per year that Williamson may be asking for.  In a strange 2021 offseason market it will be interesting to see how big free agents like Williams fair financially.  Who knows? Maybe the Giants can get him for less than expected.

There is still so much to factor in before free agency begins on March 17th, but I’d imagine the Giants have Williams at the top of their off-season priorities.  If they don’t, I can’t imagine the Giants’ fan base would ever let GM Dave Gettleman forget this massive failure.  And I’d think it would possibly cost him his job.

With a number of free agents and possible trades on tap for the NFL’s 2021 offseason, there is going to be plenty to talk about over the coming months.  There will be a number of big names on the backs of new jerseys.  Which 2021 jersey will have Leonard Williams’ nameplate on the back will be a hot topic of discussion as we inch closer to the official start of free agency.