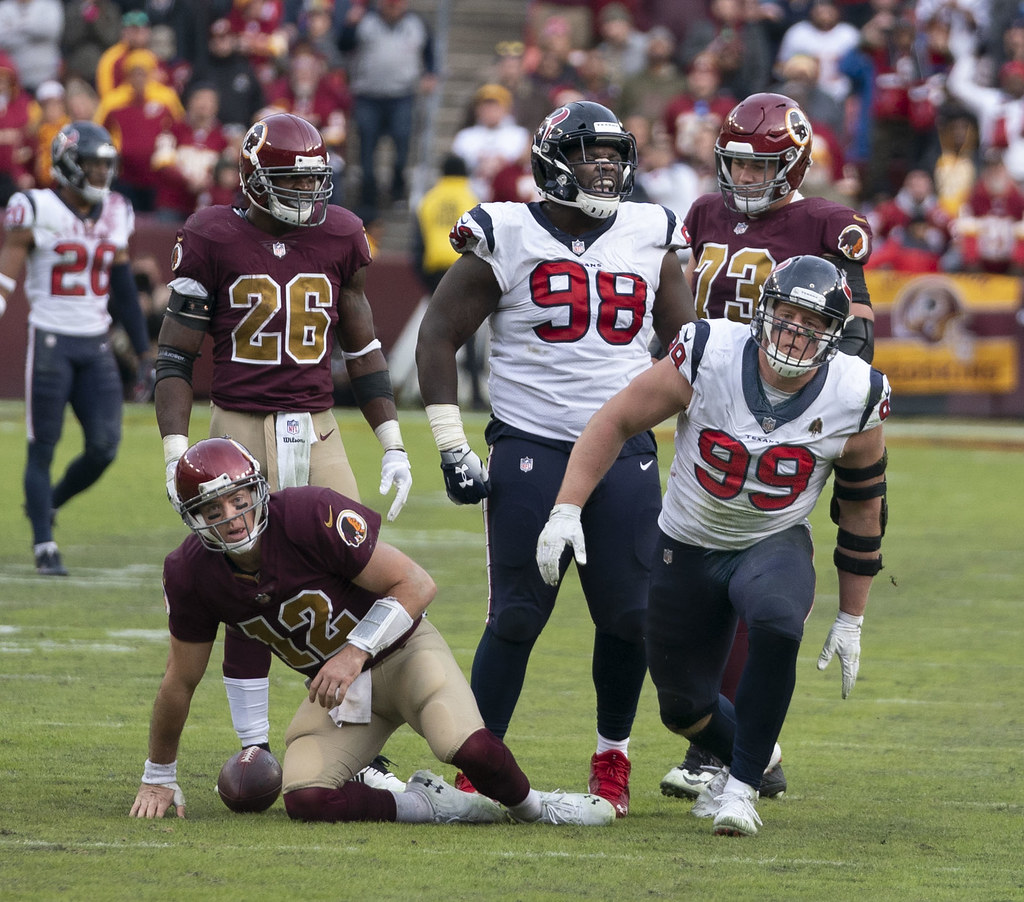 With the Houston Texans seemingly going into a full teardown of the franchise after the reconning of Bill O’Brien, there are several names that could be on the move from the team. Vernon Hargreaves, Gareon Conley, and Will Fuller all set to be unrestricted free agents.

Deshaun Watson is already requesting a trade and silent whispers of Benardrick McKinney having unrest with the organization, so it’s seeming likely that the Texans will be bottom dwellers for the foreseeable future, which has led to the face-of-the-franchise J.J. Watt to voice his displeasure with the organization.

As Watt is seemingly requesting his departure from Houston as well, let’s look at some of the potential landing spots for Watt if he is moved.

Prior to the draft last season, Indianapolis made a blockbuster trade for San Francisco 49ers defensive tackle, Deforest Buckner. Buckner responded with one of the most productive seasons of his young career while playing 14 games, with nine and a half sacks, four quarterback hurries, 17 knockdowns, and 58 tackles, with a missed tackle rate of just 3.3%.

However, even Buckner’s breakthrough season wasn’t enough to push the Frank Reich-led Colts into true Super Bowl contenders. Now Philadelphia Eagles’ defensive coordinator Jonathan Gannon did a great job developing the secondary into one of the best secondary units in the league but the Colts still struggled to create pressure on the quarterback from the edge, doing so at just an 11.6% rate.

Even when the Colts did create edge pressure, most of their pressure was created from blitzing an additional one or two linebackers to get that pressure. The one true weakness of this Colts defense remains on the defensive line and adding a former Defensive Player of the Year and MVP candidate in J.J. Watt could be the move that puts them over the edge.

An intra-division trade makes this trickier than most of the other obvious landing spots but Houston must be focused on their long-term future over immediately helping a division foe.

This would be a move that would be made if Ben Roethlisberger wants to give it one more shot at a ring with Pittsburgh before ultimately retiring from professional football. With the impending free agency of Bud Dupree, the Steelers will obviously be in the market for a replacement edge rusher.

Pittsburgh would seemingly not have the cap space to take on a contract like J.J. Watt’s but the team would probably be willing to give Watt a contract extension to ensure they recoup the value they lost in the deal and give them time to work on a contingency plan at the position for Watt’s future retirement plans as well.

This would give Watt an opportunity to show his versatility in a defense that led the NFL for most of the 2020 season as well. In a 3-4 base set, Watt would likely lineup over the offensive guard but could be moved to the outside linebacker position in obvious pass-rushing downs to create more edge pressure.

I could see him assuming the Ja’Daveon Clowney role from his time in Houston where he is a position-less pass rusher from several spots along the defensive line, and would create a terrifying combo with Defensive Player of the Year candidate, and younger brother, T.J. Watt as well.

As an attempt to thrust themselves into the upper echelon of the NFL, the Browns may look to add a perennial pass rusher to pair with edge terror Myles Garrett as well. Although Watt will be a short-term rental for any team, this could be the move that pushes the Browns into legitimate title contenders.

Outside of injuries and COVID positives/contract tracing, the Browns’ biggest foe was their inability to create a pass rush in 2020. Myles had the third-highest pass rush as an edge defender in the NFL with a 26% win rate, but the Browns as a team finished average in the league, at 14th with a 44% win rate.

As displayed in the game against Kansas City in the divisional round of the playoffs, the Browns are either all in on quarterback pressure, or completely lost. Additionally, their run stop defense was 30th in the league.

Between Myles and J.J. on the edges, this would immediately catapult a young defense into elite status, as long as the injury bug stays away from Grant Delpit, Denzel Ward, and Karl Joseph in the secondary. Additionally, this would open up the Browns’ 26th overall pick in the upcoming draft for them to take a cornerback to pair with cornerstone Denzel Ward, further strengthening that young defense for a long time.